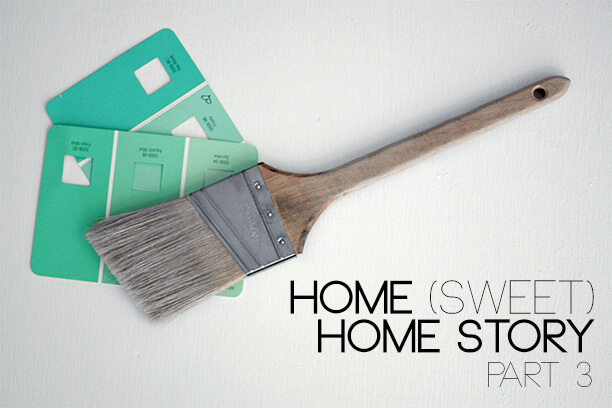 (When we last left off, if you’ll remember, I had just dragged myself across the moving finish line only to begin a ten week home renovation sans my touring husband. We now return to our story already in progress…)

To be fair, there was no point in this home buying process that Todd said I had to get anything done to the house while he was gone, much less the whole thing by the time he returned. He’s not the kind of guy to make such demands of his gal, but I’m the kind of gal that (at times) makes crazy demands of said gal, and I really wanted to see if I could get the entire house done before he got home. By myself. AND, I also decided, that I wasn’t going to tell him color choices or send him photos of any of the progress while he was gone so he would be completely surprised by the finished product when he got home. Totally something a sane person would decide to do, right?

For the next ten weeks, my day consisted of the following schedule: day job from 8:00am-4:30pm, renovations from 4:30pm-9:00pm, dinner from 9:00pm-9:10pm, and more renovations from 9:10pm-1:30am. On the weekend, I stopped being soft on myself and put in two 14 hour workdays to really get the blood flowing. First I started with the ceilings. We had all of the ceilings in the main living areas and master bedroom scraped (that’s all we could afford at the time), so I had to seal them and paint them white when they were finished. Three coats total. Then I moved onto the trim in each room, and I sanded, primed, and painted all the baseboards, windows, door frames, and doors. Also three coats. After that, I moved on to the walls, and after hours of paint swatches and sample colors, I painted the master bedroom, two bathrooms, hallway, kitchen, living room, and dining room. Again, it took three coats. Oh, yes, and I also disassembled the cabinets in the kitchen and both bathrooms to cover those in (you guessed it) three coats of paint as well. About five weeks in, I treated myself to a drill so that I could install new hardware and pulls on all the cabinets and change out all the door handles as well. Phew! Are you tired yet? 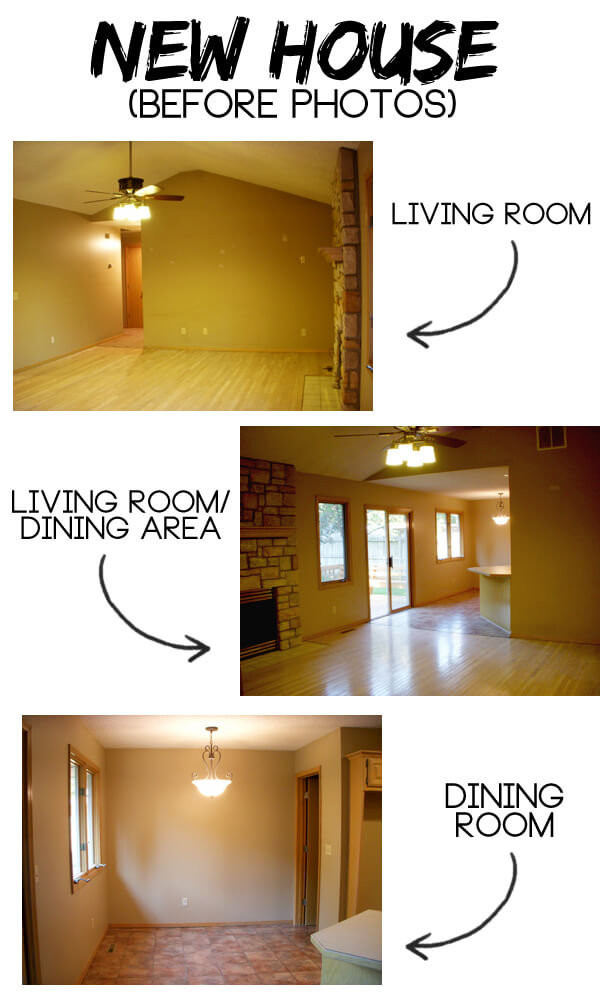 Thankfully, I didn’t decide to try my hand at electrical work, or floor installations, so I at least had the foresight to pay someone else to install new lights and replace the carpet and wood floors. I didn’t want to move all the boxes in the house and then move them out again as I renovated, so I brought my suitcase full of clothes into the house and left almost all the boxes in the garage where they waited for their assigned room to be completed. This theory sounded great, but, again, I didn’t have access to hardly anything I wanted for months, and that made for some frustrating moments. A lot of my stress during this process stemmed from the fact that I was stubborn and wanted to do everything myself- I only asked for help when it was physically impossible for me to do something alone. In fact, I’m still not sure how I did it, but I moved a double dresser, a queen sized mattress, an eight foot bookshelf, and a 51″ flat screen tv by myself. How? I put down slippery blankets to slide things on and made a cart on wheels to carry the tv across the house. While I did have a few of my friends over to help me one afternoon, I didn’t want to ask people repeatedly to come and help. It wasn’t their fault that I bought a house and made ridiculous demands of myself, why should they suffer for my idiotic decisions? 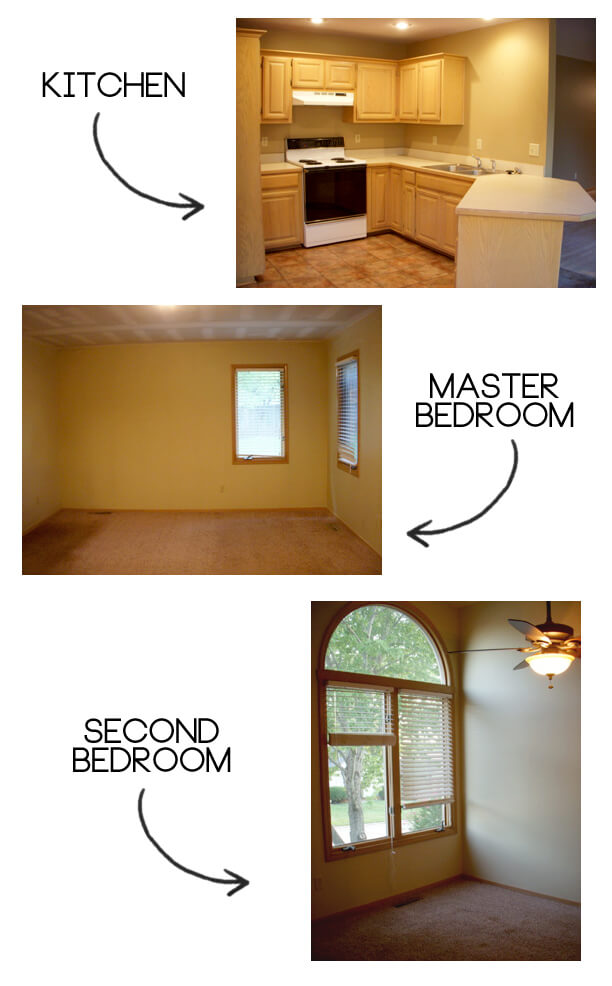 In fact, those idiotic decisions actually earned me even worse back issues and tendonitis in both of my arms and shoulders. It was so bad at one point, I couldn’t lift my arms high enough to put my hair in a ponytail- but I kept painting, kept sanding, kept drilling to reach my goal. My lowest point was a full on mental breakdown caused by a lawn mower that wouldn’t start. I vividly remember sitting on my kitchen floor, hysterically sobbing, covered in grass clippings, and screaming obscenities into the open air as Charlie looked at me bewildered. So, with this mental picture of me, alone and broken, you can imagine why it was tough (at times) to see others that were in their new homes, with those they loved most, having so much fun making special memories of their new homes together. Thankfully, I did go out to visit Todd twice during his three month tour, so that forced me to take a break for a couple of days at at time, but it was actually hard to relax when I knew how much I had to do when I walked in the door at home. In fact, as the ten weeks dragged to a close, I had to come to grips with the fact that I couldn’t finish the two spare bedrooms in the house before Todd came home- I just didn’t have the time or strength left to finish my original goal of redoing the entire house. 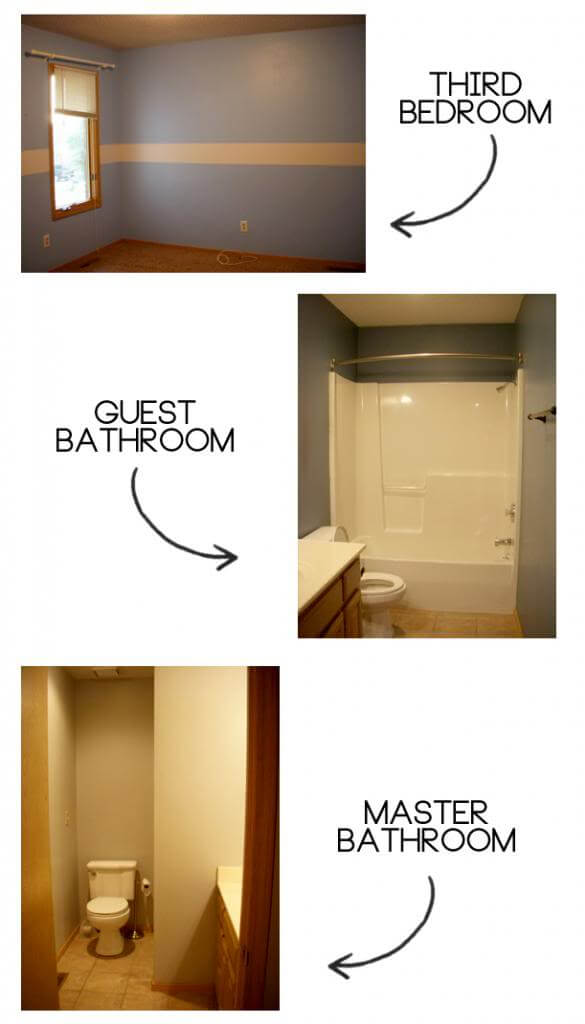 While this story is mostly a tale of heartbreak and struggle, there is a giant silver lining at the end of it- a giant portion of the house was completed at the end of the ten weeks and I got to watch Todd’s face light up with disbelief and shock as I led him through a home tour once he came back to Springfield. He said it was like being on a home makeover show on HGTV and he couldn’t get over how proud he was of me and how amazing the house looked- he loved it. And while it took me several months to fully recover (physically and emotionally) from the three month ordeal, I couldn’t help but look around that first night Todd was home and take in all that I had accomplished.

I realized that I may not have met my original goal, as ludicrous as it was, but I pushed myself way beyond what I could ever have imagined I was capable of, and that was something to be proud of indeed.