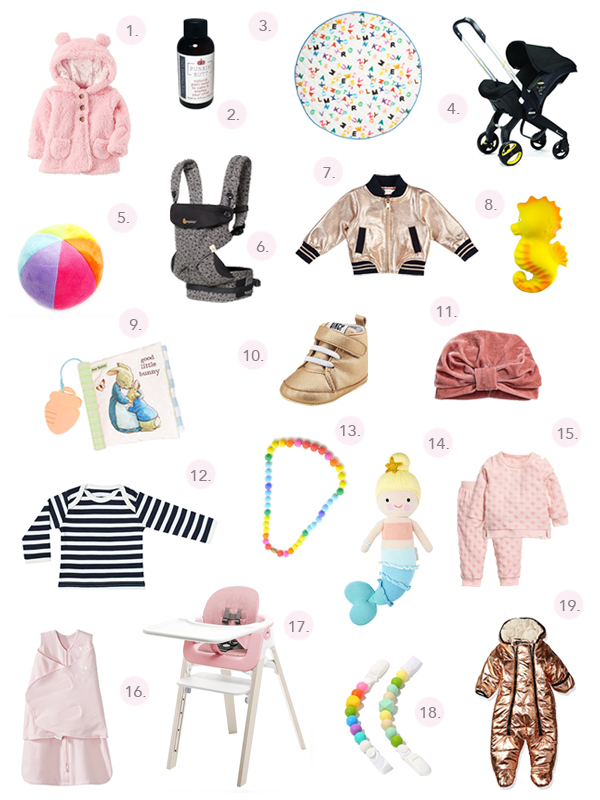 I love talking about favorite Baby products with other Mamas (which is why I did a Newborn Essential List a few moths back) but I thought I’d do an updated list with of my favorite products now that we have passed the 6 month mark! Definitely have some new things added now that she’s getting older (SOB!) but this is what we are into most right now:

There you go! My favorite things 6 months into Motherhood! Let me know if there’s something that’s your favorite for this age (or for soon after!), I’d love to hear about it!