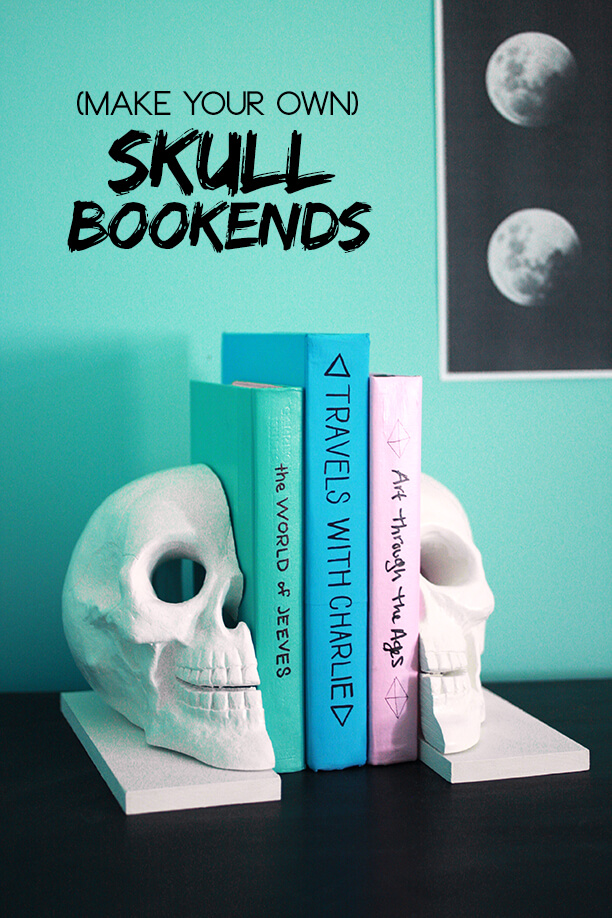 I usually turn and run when the barrage of orange and black decorations hit the craft stores for Halloween (it’s just not my color palette, ok? I mean, where are the mint colored pumpkins?). However, this year I’ve made quite the Halloween decor turnaround for one reason alone- skulls! I’ve been snapping up skull ribbon, skull paper straws, and all the other cranial paraphernalia I can get my hands on so I can spread my love of skulls long after October is over.

The halloween aisle at Michael’s is where I found this little plaster skull gem. The moment I saw it I knew it was destined to reside in my house as a DIY project. Anyone wanna make some sweet bookends? Good. 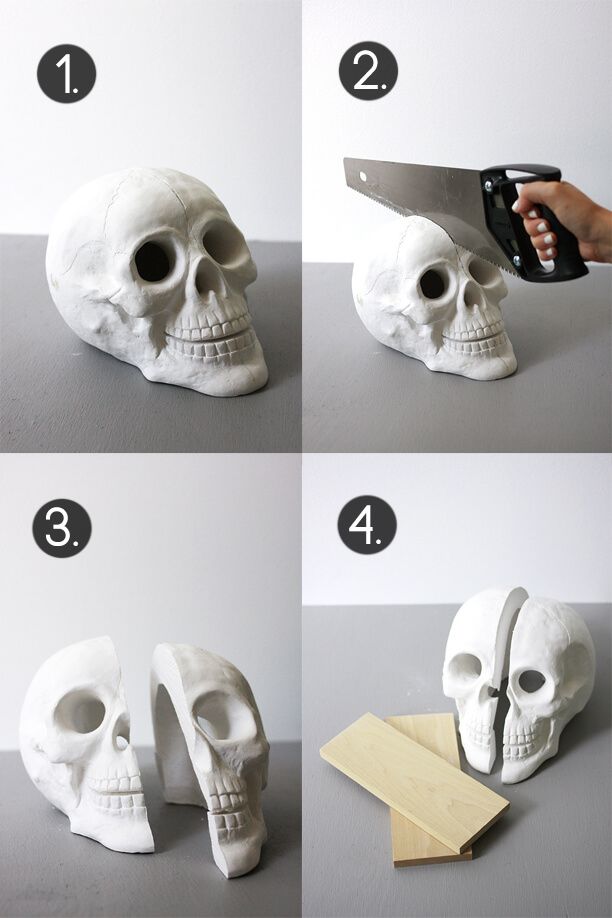 I made a pencil mark down the center of my skull and used a simple handsaw to slowly saw the skull in half. It was actually a lot easier than I thought it would be; the plaster cut really well and the skull was thick enough that I wasn’t worried about it breaking. Once the skull was separated into two halves, I used a clear gloss sealer to seal the outside of the plaster and followed up with a white gloss spray paint to give it some shine. I bought a 3 1/2 inch wide poplar board (any wood will do) and cut the board into two pieces that were 9 1/2 inches long. I painted those boards white with an acrylic gloss paint and glued each skull half onto a board with E6000 glue. That particular glue takes a little longer to dry than most glues (but it’s really strong when dry), so I used painter’s tape and heavy items on either side of the bookends to hold them upright while drying. 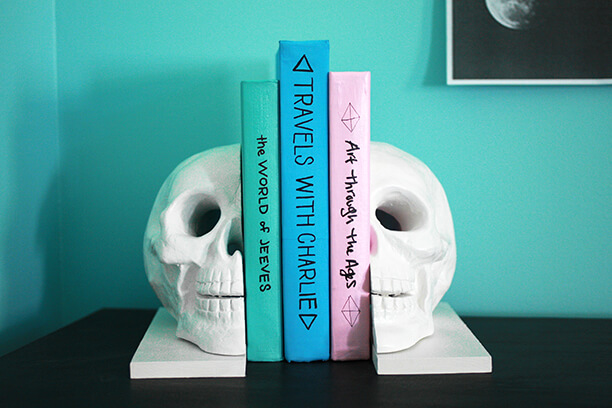 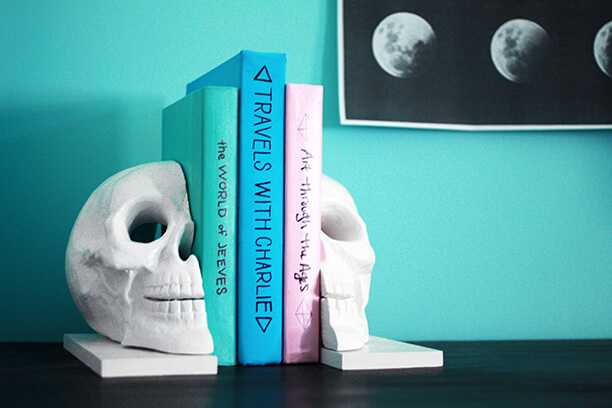 I wasn’t exactly sure how these would turn out when I first thought of the idea, but I knew if they turned out well it would be so worth it. And you know what? I LOVE them (especially paired with my painted books)! If I saw these in a store, I would audibly squeal with delight and snatch them up immediately.

You can make yourself a pair for Halloween, but mine are going to be rocking out my bookshelf all through the year.