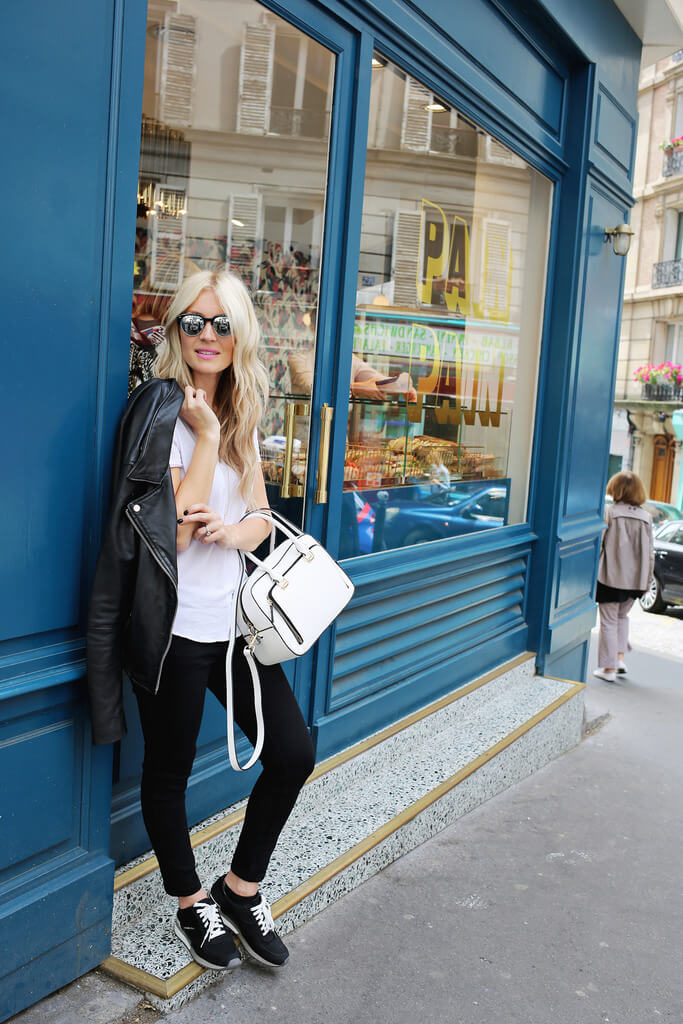 Are you ready for part two of our Paris adventure?? Well, ready or not, here we go! 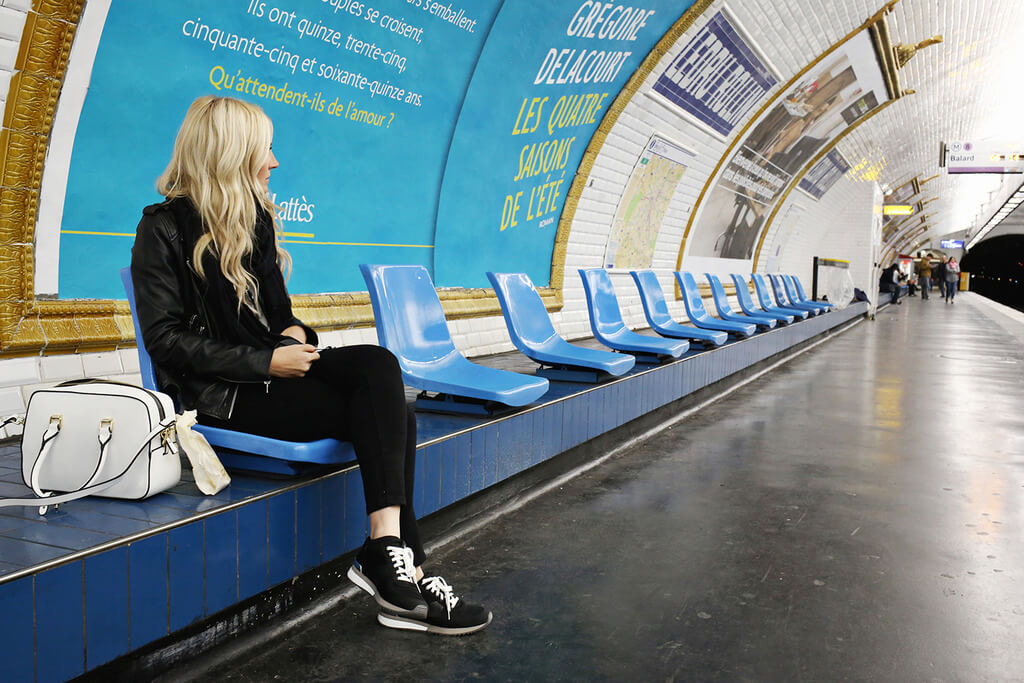 Travel wise, we took the metro pretty much everywhere we went. I think next time we will rent a scooter for the week instead since we liked it so much, but the metro ended up being way less intimidating than it looked on the complicated metro maps. Basically, each line is a color and a number and goes in one of either two directions (designated by the name of the last stop in that direction). So you just have to look at the lines and if the one you’re getting on doesn’t take you to your exact stop, you have to find where that line crosses over another one that can get you to that stop. Not too bad once you get the hang of it. It was a little more complicated if you were taking the RER train since it wasn’t always clear which platform you should wait on for each train, so I usually asked a station attendant to make sure we had the right platform (you can plan metro routes on this site too). 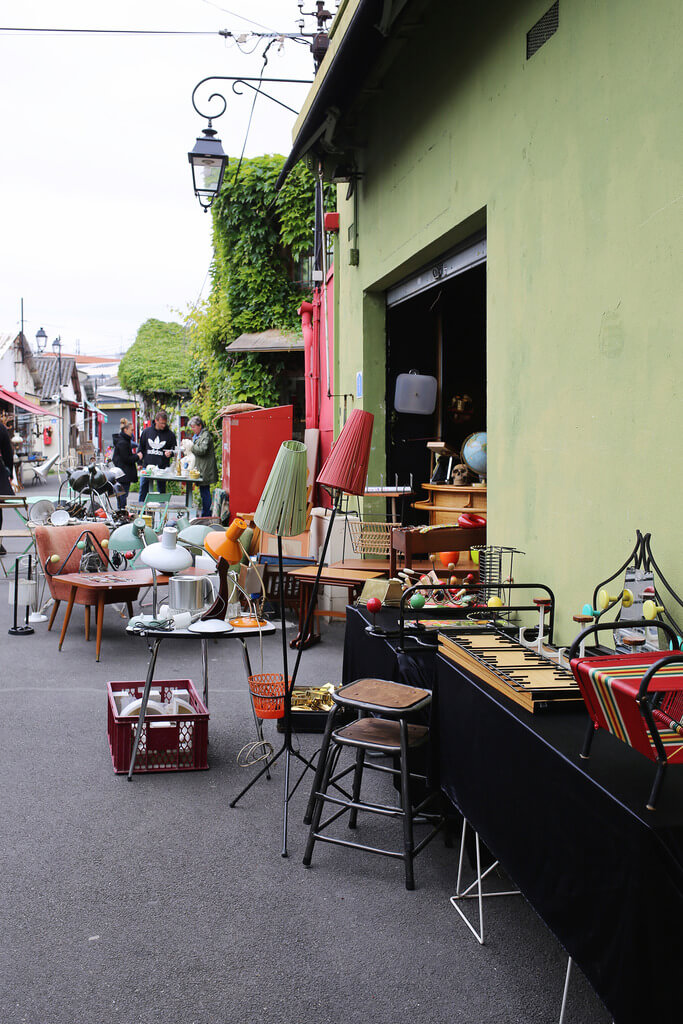 One of my favorite things on the trip was traveling to Les Puces de Saint-Ouen Market on Saturday morning. It’s the largest flea market in the world and it’s a-mazing! Luckily I found Oh Happy Day’s post on the flea market that included a map of where to go and it was really helpful. If you don’t know, you may think the small open air market before the flea market is the real deal, and it’s not even close. Follow the map and you’ll get there fine 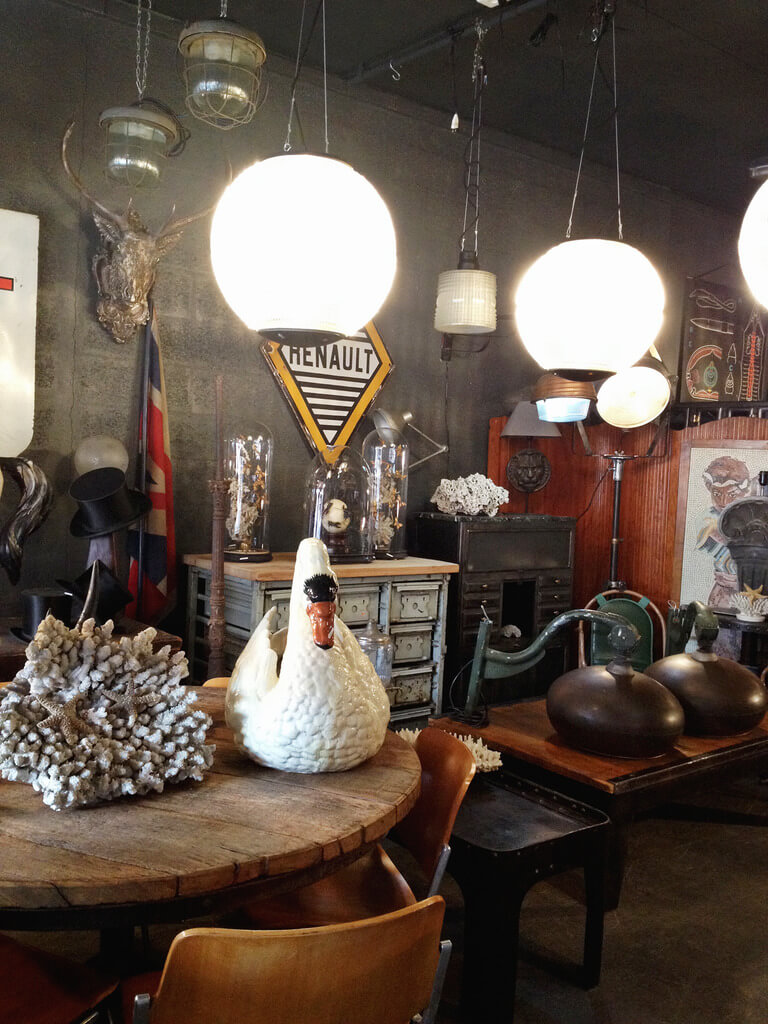 I found out pretty quickly that the venders don’t want photographs taken of their booths (and there are lots of signs posted too) so I was a little devastated to not have photos to show of the off-the-charts-amazing light fixtures and home decor furnishings. I mean, I’ve never seen anything like these pieces in my life. It looks like they raided Versailles for some of the booths (gold everywhere!) and the were plenty of modern pieces to die over as well. It seemed like everything I wanted was in the 10-12k range, so I didn’t quite have the cash to close any deals…so fun to look though!

The market is divided up into lots of different sections, some more affordable, some pretty pricey, and some that feel like K-Mart rented out a bunch of booths. So if you aren’t in the good part, keep walking and you will be eventually! 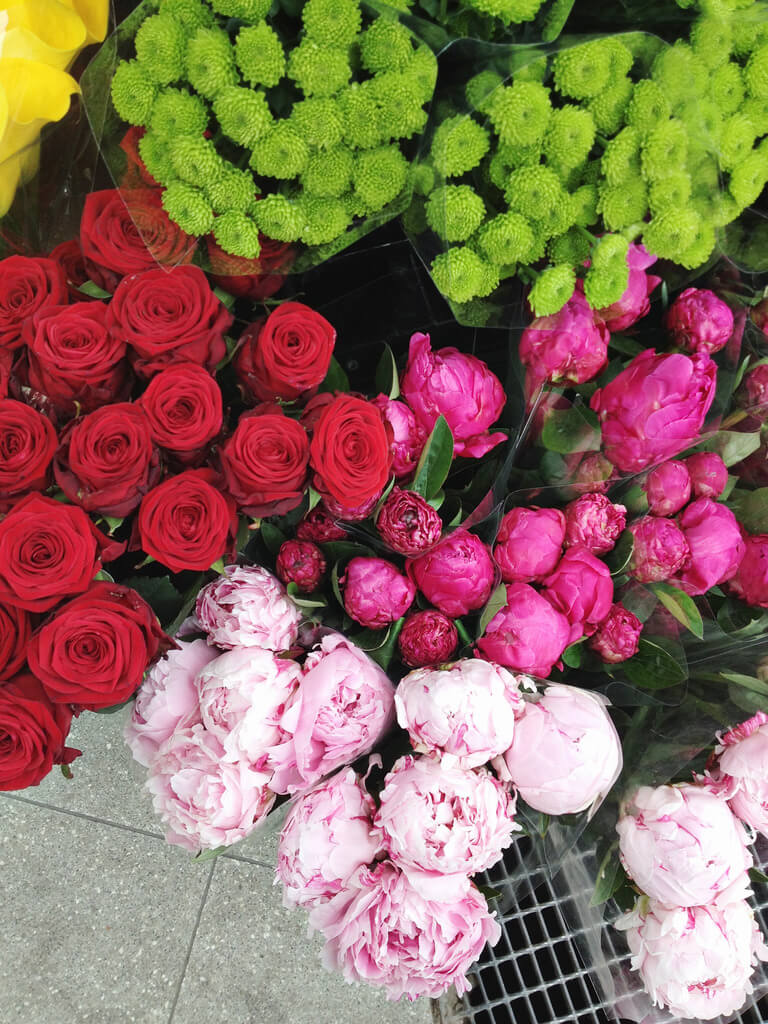 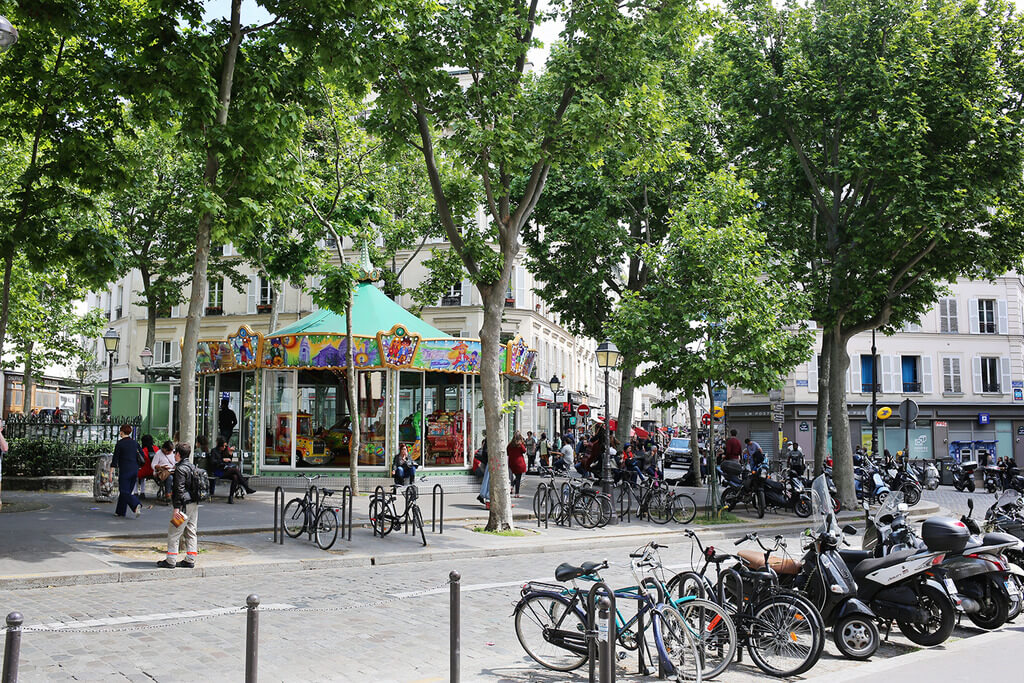 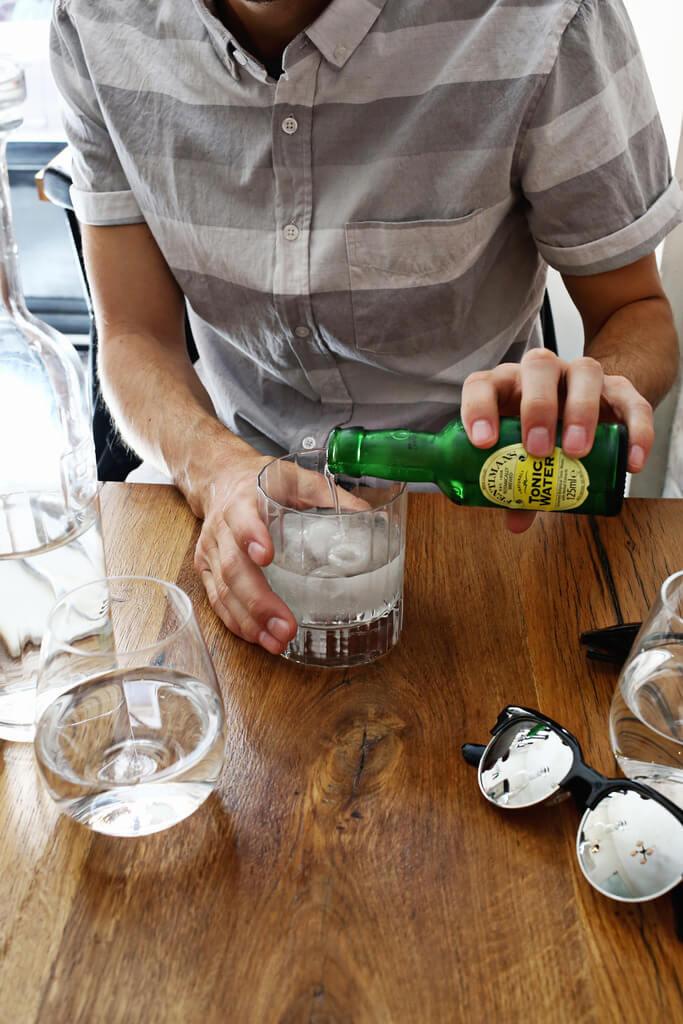 After the flea market we took the metro over to Montmartre to have lunch at Se’bon. It was one of the restaurants I really wanted to try since it was so highly recommended online, but they didn’t have online reservations, so I had to use Skype credits to call a week or so ahead of time to make a reservation. If you’re intimidated talking to people in other countries when you aren’t sure if you speak the same language, try calling them on the phone—it’s way more nerve wracking! However, I saw in the reviews that the owner speaks English, and she was very gracious, so it wasn’t as bad as I thought it would be. 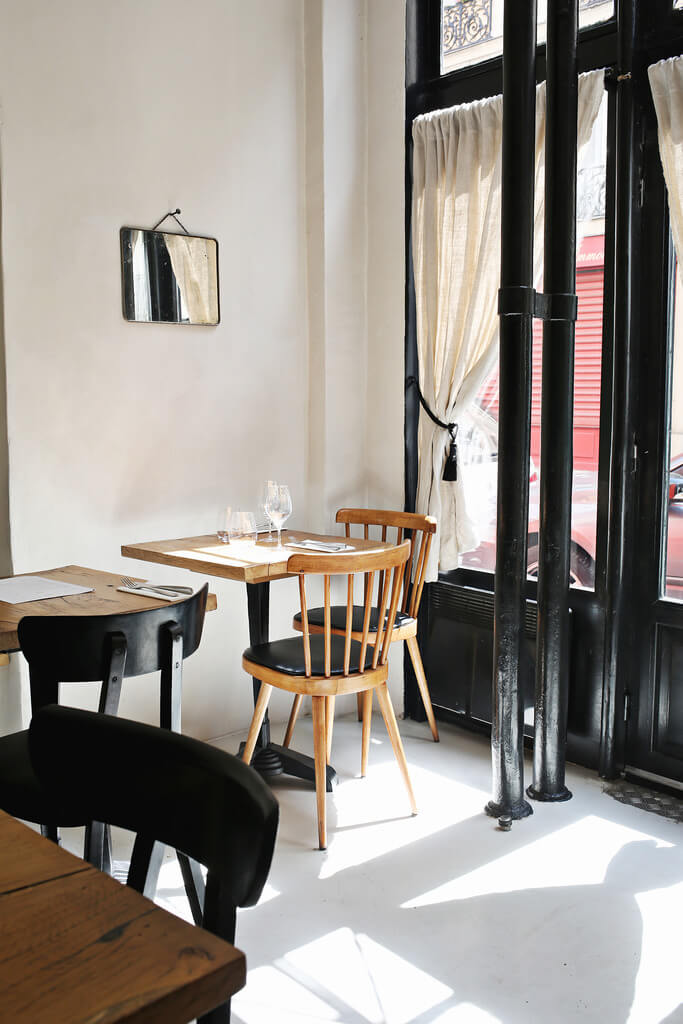 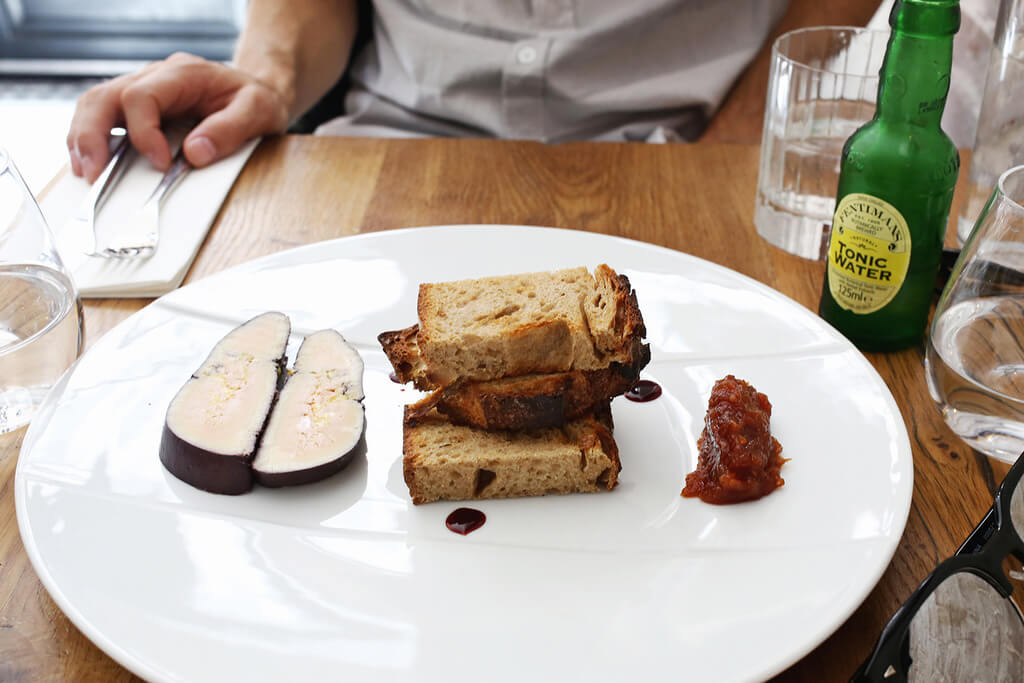 I told myself before we left that I really wanted to try some new foods while we were in France, and though I’ve always been a bit terrified to eat foie gras, I gave it a shot and I have to say it was pretty delicious. I don’t think I’ll be eating it all the time at home necessarily, but it was cool to try something that was new to me but a bit of a menu staple in France. Todd said the salmon he got was one of the best he’s had and his gin and tonic was unusually good as well too. 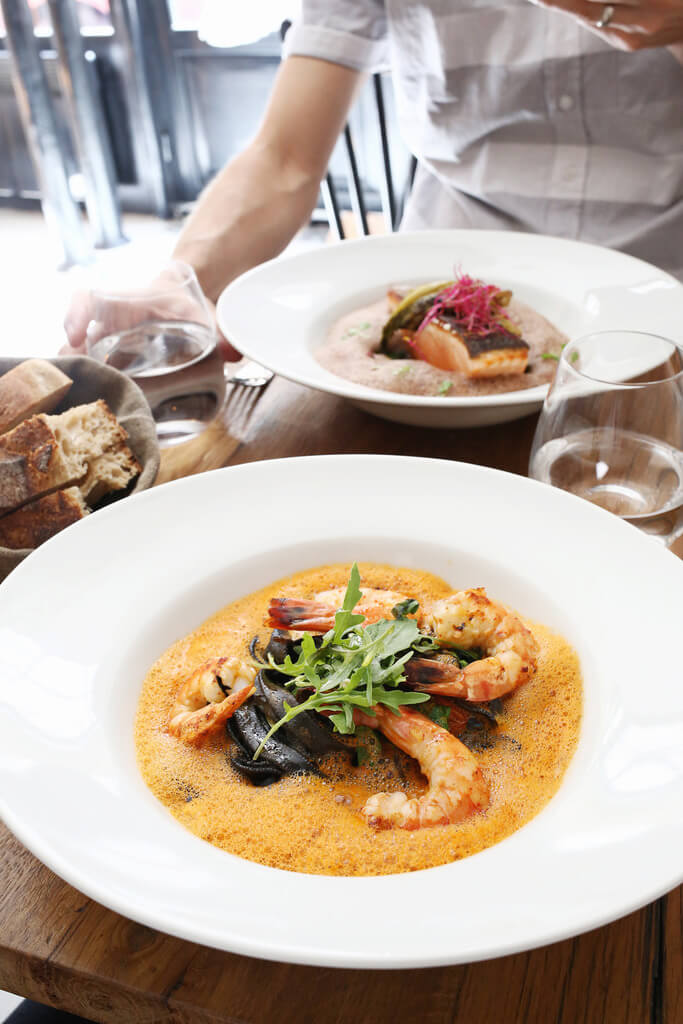 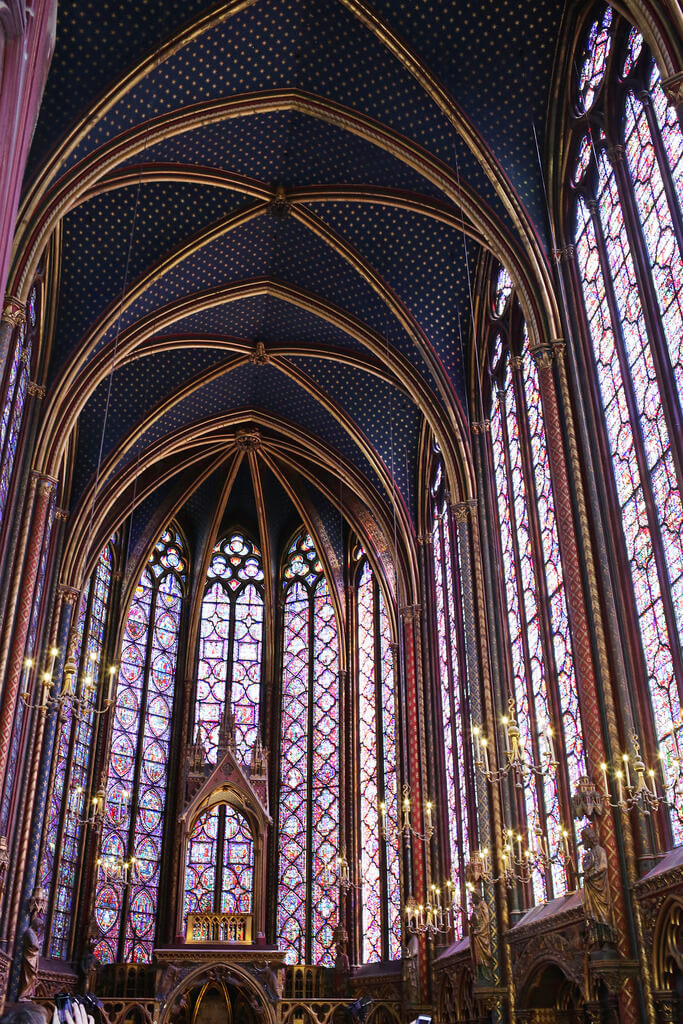 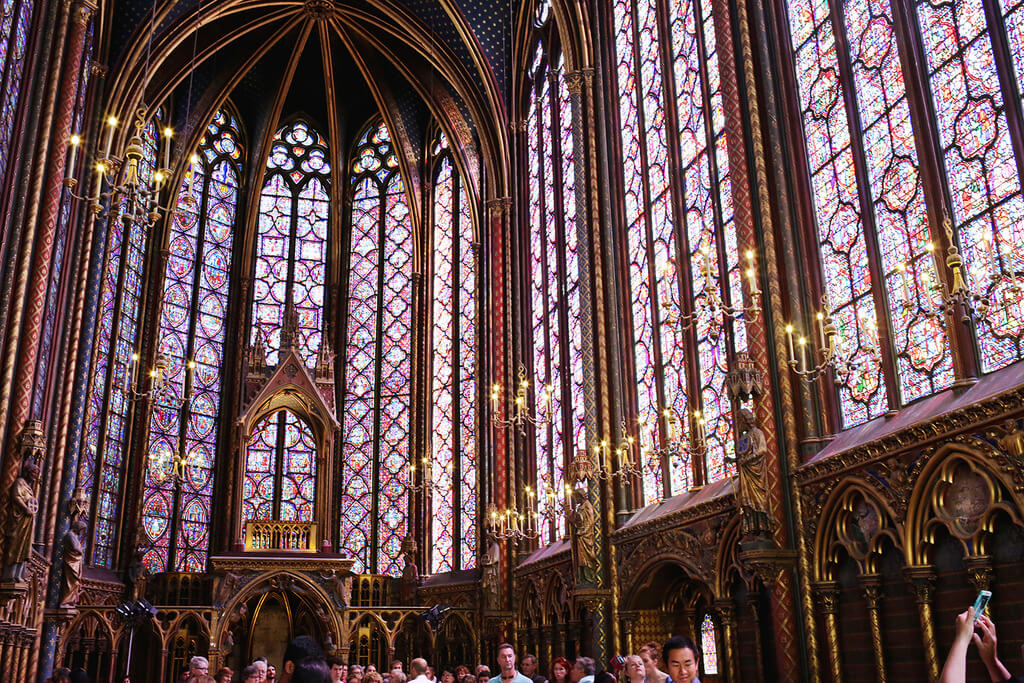 We thought about going over to Notre Dame, but it seemed like the city’s population had swelled to double it’s usual everywhere we went (it was a Saturday on a three day weekend) so we decided to do St. Chapelle instead since it’s not as big of a draw. Honestly, we did end up going inside Notre Dame on a different day, but we really loved St. Chapelle so much more. It’s like being inside of a jewel with the overwhelming 360° view of stained glass. Todd had no idea what we were going to, and I could tell when we walked into the lobby that he actually thought that was the church and he looked a little disappointed. I didn’t say anything but lead him up the stairs to the actual cathedral and just watched his face as he saw the real thing and his jaw dropped and eyes got huge. It’s that good. 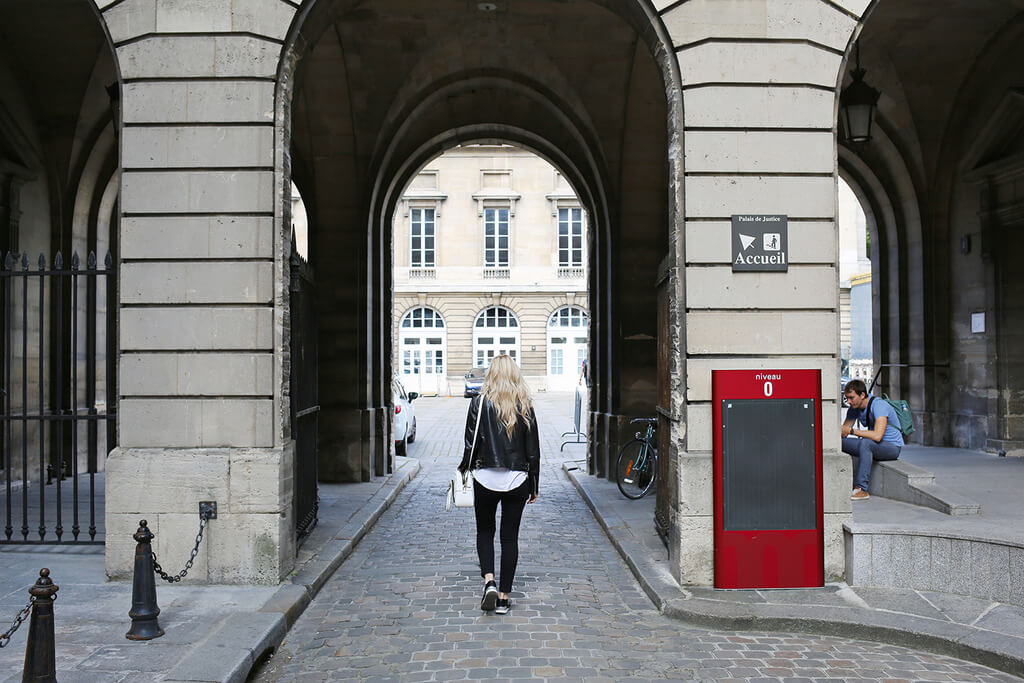 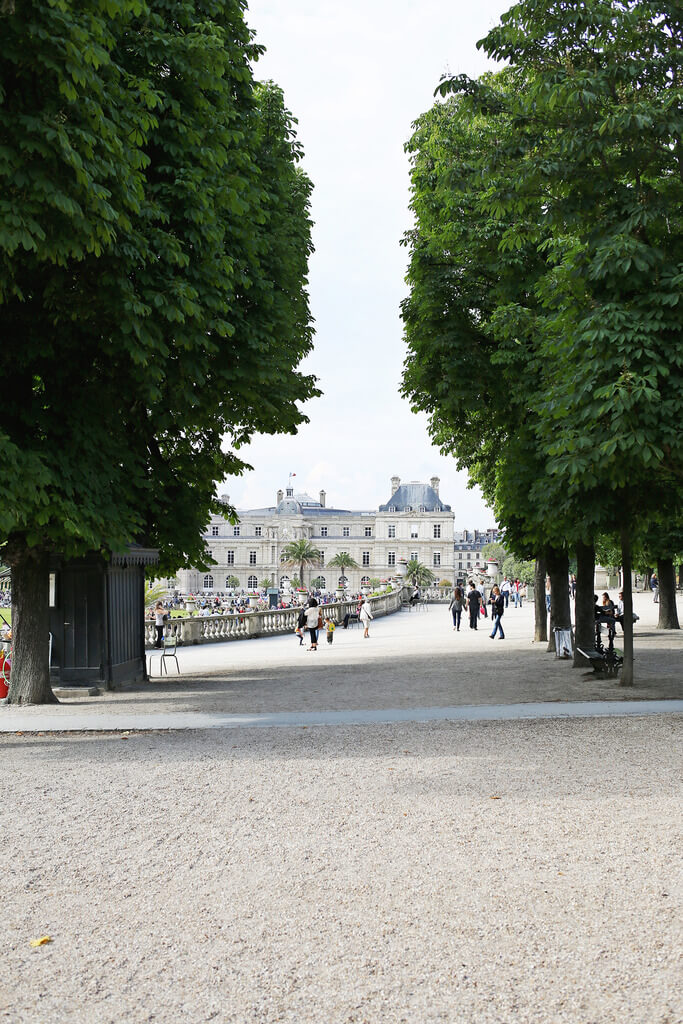 Since we had some time to kill later that afternoon, we headed over to Luxembourg Gardens with some snacks we picked up from some local stores (salami, cheese, and strawberry tarts!). It was a beautiful day so there were lots of Parisians out enjoying the greenery and it felt so peaceful and relaxing. 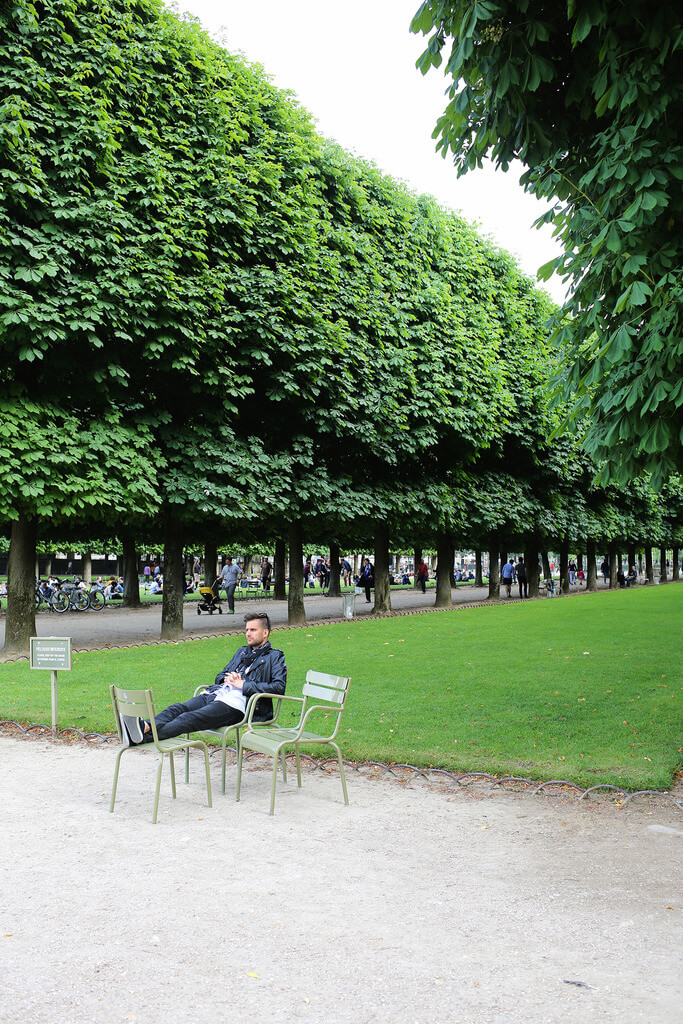 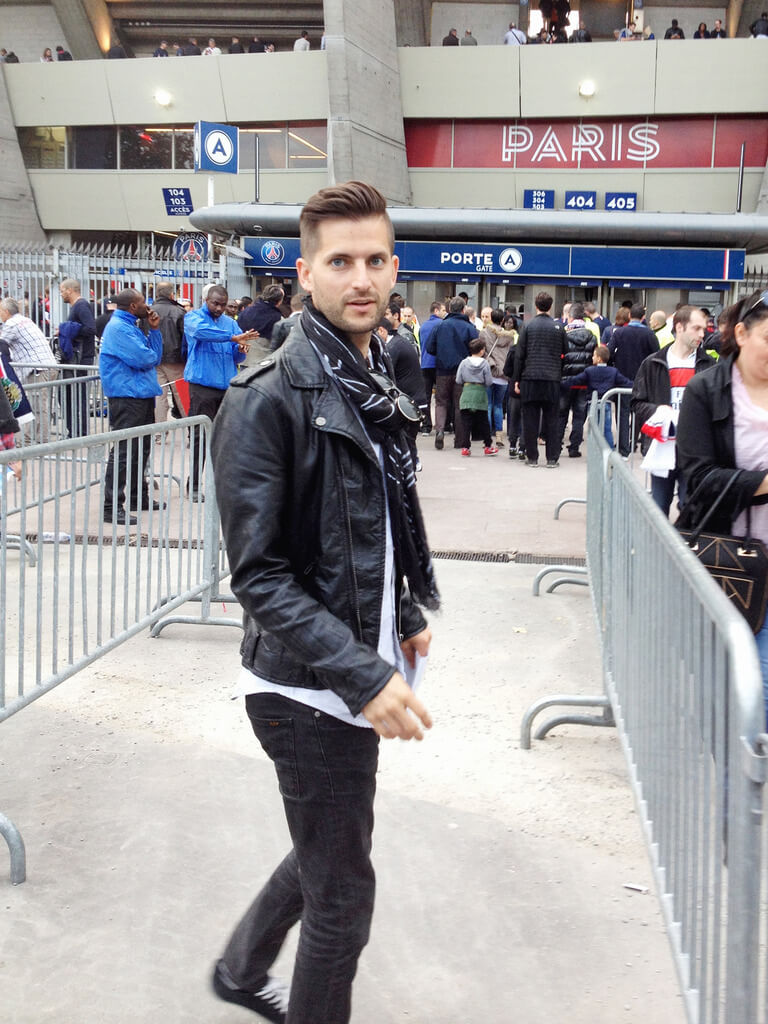 Todd’s big event of the trip was getting to go to the Paris St.-Germain game. He’s a giant football (soccer) fan so getting to go to a real game was pretty exciting for him and I loved seeing how happy he was. I was starting to fade a bit from all the events of the day, but I got myself a snack stand espresso and settled in to enjoy the festivities. I have to say, it was probably the most fun I’ve ever had at a sporting event. The crowd is so pumped up and all the cheers and songs that they sing are pretty fun to experience. Never mind that for the first 13 minutes of the game I thought the teams were going for the opposite goals that they were actually going for. Whoops. 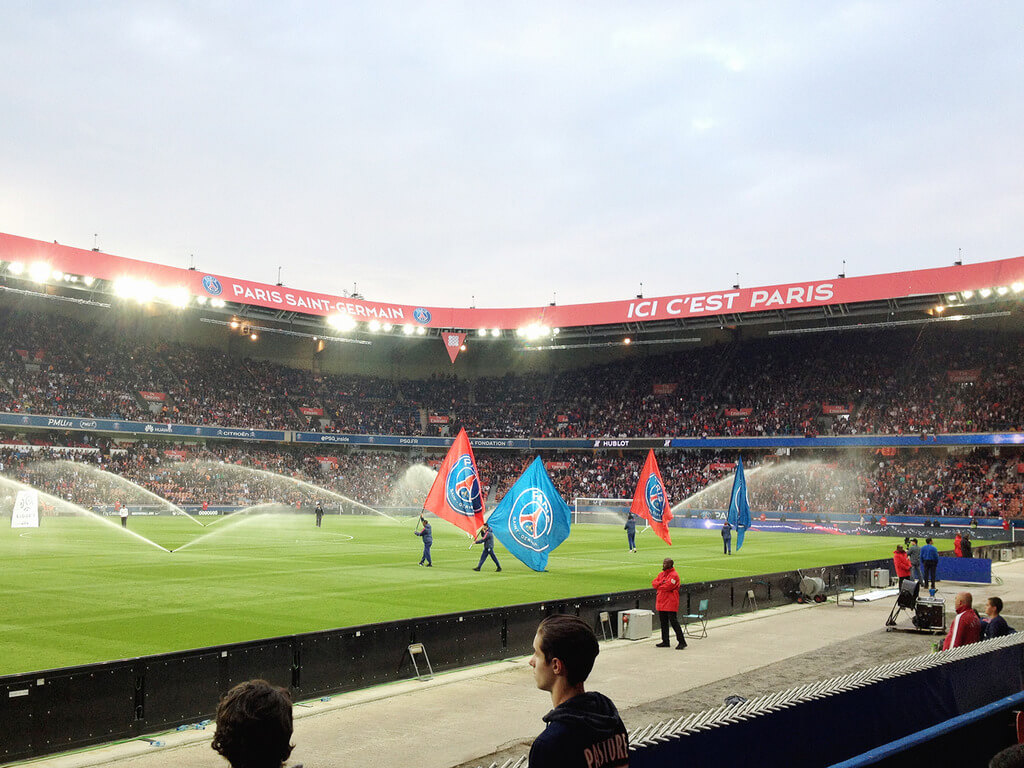 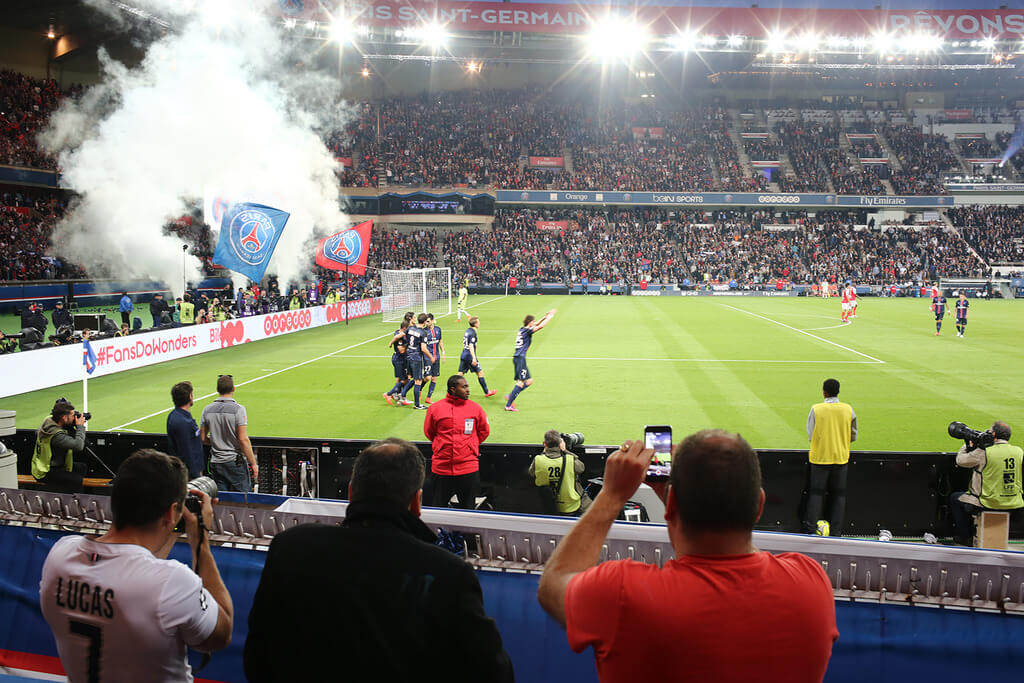 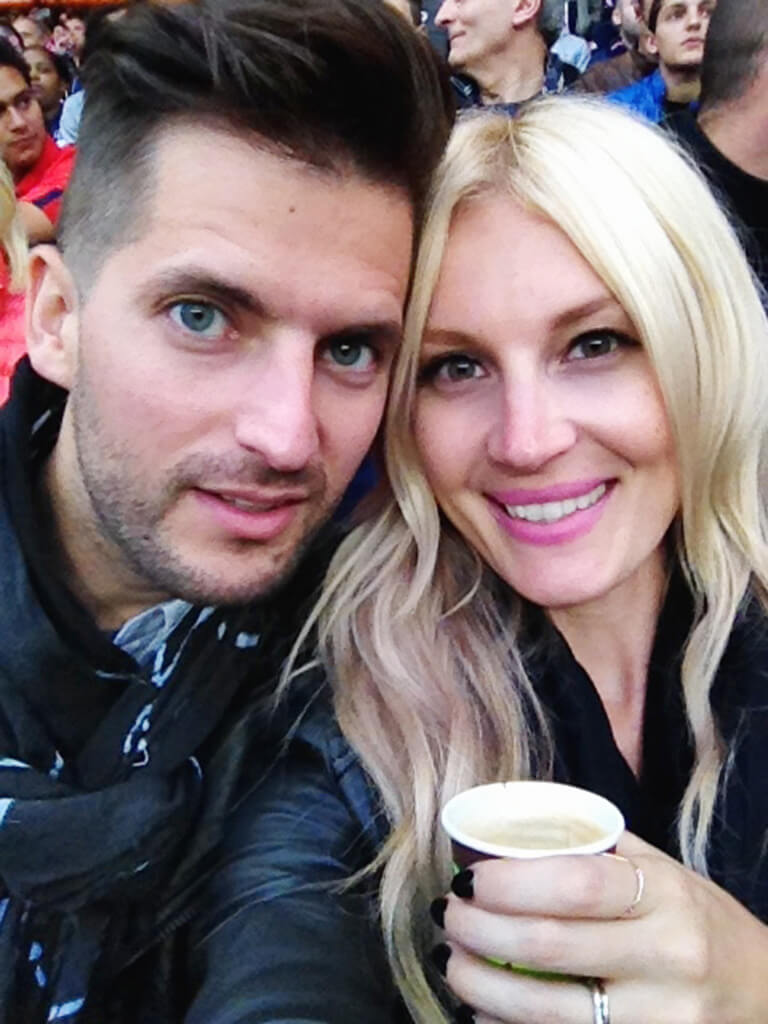 Saw some really fun goals and got to totally feel like we were one of the fans along with everyone else. Allez Paris Saint-Germain! Hold on, still more Paris to come!