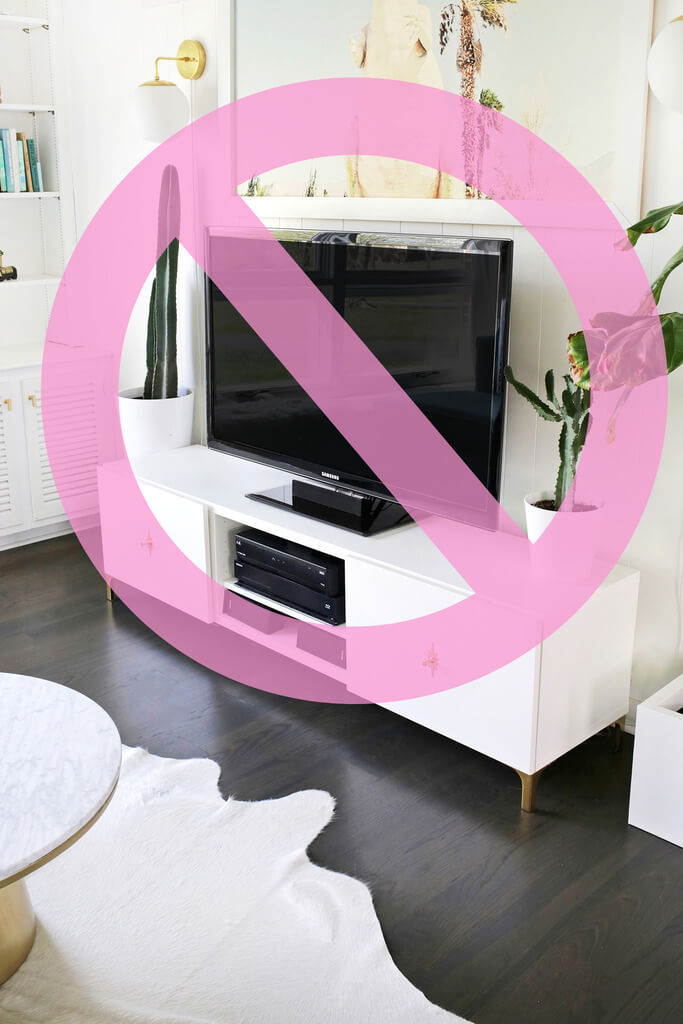 Well, I did it! I spent a full week without TV. Now, before you say something like, “Big deal. I’ve gone a month without TV” or “I don’t even own a TV” or “What’s a “TV”?” let me explain why it IS a big deal. It’s mostly a big deal because I have never in my life gone a week without TV. Ever. Maybe not even a day unless you count some crazy international travel days but even airplanes give you your own personal TV these days so those don’t even count. If there was ever a reason to fast something, I would pick some food item or shopping in a heartbeat over the old boob tube because I just love it too much. And therein lies the problem. I’m too invested and so it was time to cut the cord (pun intended) for a bit.

I think what got to me the most at first was the silence. I like to leave the TV on even when I’m not watching it as background noise which is an old habit from my time living alone in an apartment. Hearing voices from the tv always made me feel less alone in a way that music couldn’t quite do. Since Todd travels so much I still keep that habit of a low tv volume a lot of the day while I go about my daily tasks, so the first day of no tv felt weirdly quiet. Thankfully, that feeling only lasted about a day and by day 3 it didn’t seem odd anymore. The bigger issue was actually figuring out what to do each mealtime instead of watching tv or Netflix. Rather than flip on an episode of Fraiser (the perfect length for watching while you eat) I would instead read, listen to a podcast, or when Todd was home we would sit at the table like “regular” people and have a (gasp!) conversation while we ate. I read a few different books during the week, got some good online chores taken care of (computers were allowed for work or task purposes, but no surfing was allowed), made some new foods and desserts, got back into working out, had a few game nights, but there was still a mixture of being glad to be productive and feeling like a small something was missing.

To be honest, even though I enjoyed all the different activities that we did instead of watching tv, I still felt like something was missing. Since I do creative projects (making DIYs and the rest of the photographing, writing, and editing that come with blogging) all week long for my job and then in my free time fill it up with more of the same, it can be pretty draining when I don’t take a “non-creative” and yes even kind of “mind numbing” sort of break now and then. I’m constantly thinking and problem solving in my brain so I missed that sort of escape that watching your favorite show can bring. Not a heavy documentary, not a thought-provoking political show, just pure fun or a suspenseful drama can make me feel like I had a mini vacation of sorts. I am totally the person that feels they don’t have time for lunch or will have to pee for hours because I feel I’m too busy take 5 seconds and to run to the bathroom. I can go-go-go and wear myself down to the bone all in the name of getting things done or trying to make good progress on something. Taking that break is paramount to not feeling crazy and cranky when I finally do hit that wall.

Now, if you are thinking that there are plenty of other ways to get in a mental break that doesn’t involve a television, you are right. I think I just realized conclusively that when I tried to fill too many hours that TV would have filled with projects and work to be productive and not be bored, well, it just burned me out really fast and that some TV could still be helpful to take a bit of a rest. It just shouldn’t be the only thing I do to take a break. If variety is the spice of life then it’s time to learn which other things can also be that important mental break, so when it’s time to get back to that next house project or idea, I’m excited to start it rather than already feeling drained.

It is a good feeling to prove to yourself that you can go without something and that it doesn’t have to control you. Or remote control you I should say. Now, if you’ll excuse me, I’m got some Mindy Project to catch up on…

7 thoughts on ““No TV For A Week” Challenge Results”