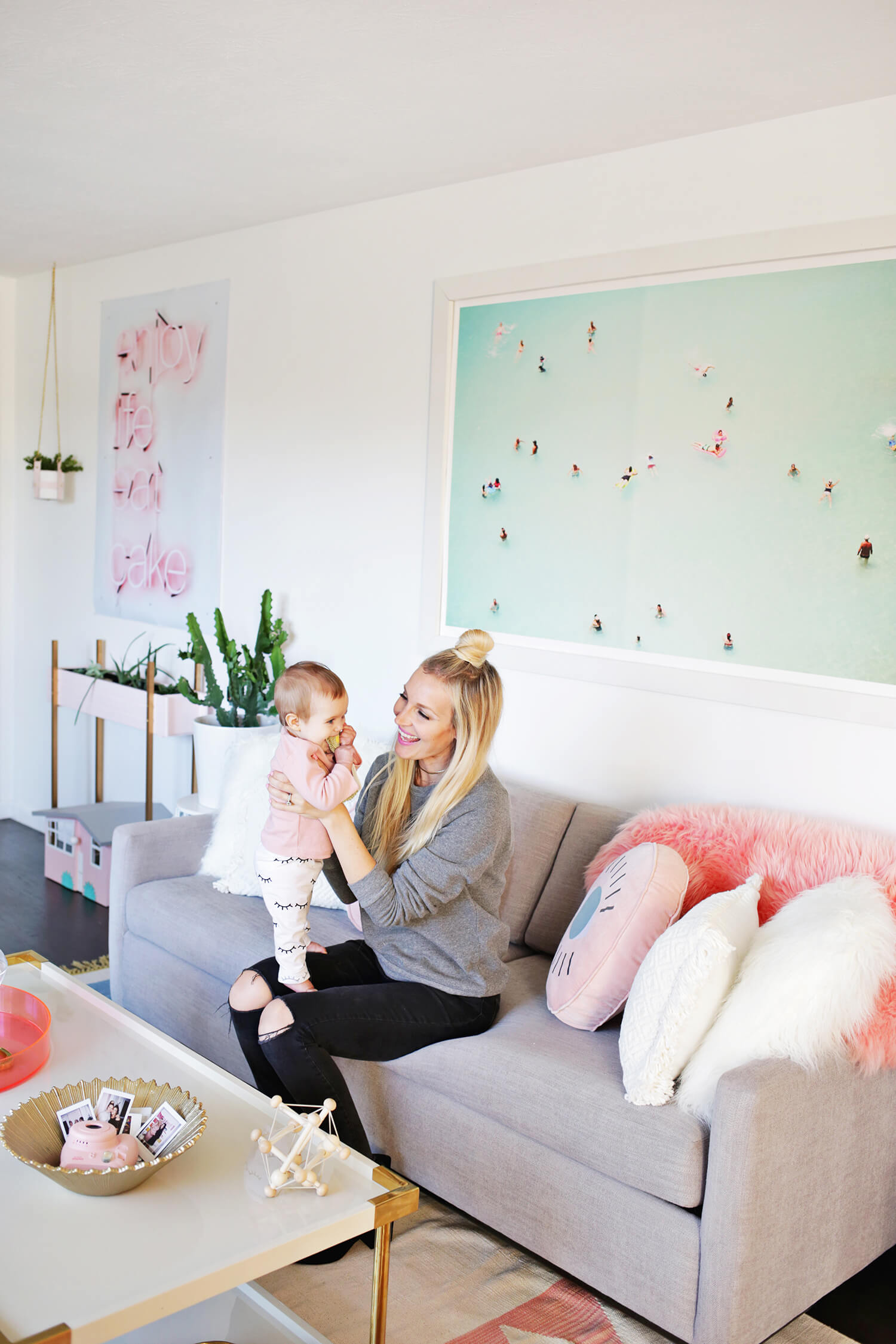 First off, let me say that eating plant-based isn’t a new thing for me so much as a reoccurring theme that has waxed and wained a bit over the years. My parents were kind of leftover 70’s hippies when they were raising 3 kids in the 80’s and they did things like grind up mushroom lentil stroganoff leftovers for our baby food meals. The story goes that my sister was over at my cousin’s house and when she asked what was for lunch my aunt jokingly said “lentils” and my sister replied, “yum!” Anyways, we definitely had more meat come into our family diet as the years went on but still not nearly as much as is probably common in other households. I guess I was never a giant fan of meat to begin with since my Mom says I would always pick out a lot of ground beef from stews or only eat a small portion of a steak, etc. Once I was old enough to be interested in reading about food, I remember pouring through one of my parents books on more plant-based eating (Diet For A New America) and just being fascinated by the material. The author of that book, John Robbins, was actually one of the heirs to the Baskin and Robbins ice cream empire so for him to make a full 360° on how he viewed milk in particular was pretty astonishing.

I was a bit on and off to say the least with my eating during college and for a few years after. I didn’t think animal based products were healthy for me based on what I had read earlier, buuuut I was also in my early 20’s and I guess everyone thinks nothing can really harm them and they will live forever at that age so I wasn’t too strict about it. Most big life events can also trigger other changes in its wake and getting married at 25 helped me to rethink how I wanted to eat. It was partially because I read Skinny Bitch around that time (a great book!) and partially because Todd’s bachelor diet had always been less than stellar to say the least (a lot of ramen, grilled cheese, candy, and soda) and I wanted him to eat healthier as well, but either way I asked him if he would be interested in trying a more plant-based diet with me and he agreed to give it a shot. After a few weeks of eating that way I asked him what he thought of the new plan and he said that he felt less heavy after a meal and had more energy to go for a walk or something rather than just sink into the couch after dinner—he really liked it!

We followed that eating path pretty well with a few regression periods here and there, but I really got away from eating plant based when I got pregnant last year. I actually did a pre-pregnancy detox to prepare my body after reading How to Conceive Naturally: and Have a Healthy Pregnancy After 30. They do use a lot of animal protein in that book but they talk about a lot of other things that I thought were fascinating too so I just did all the things that they recommended. Once I did get pregnant I think I just really felt the pressure that is directed towards pregnant women to consume pretty high levels of protein. It was recommended that I have upwards of 80-90 grams of protein a day and I struggled so much with trying to get that all from plant-based eating. Let me tell you, there’s not enough time in the day, or room in my stomach for that matter, to eat 90 grams of plant based protein. You would have to eat a literal mountain of food. Add that in with being nauseous and not wanting to eat much and a shrinking stomach as Baby grew and it really felt impossible. So, what did I do? I increased the meat, egg, and dairy intake at a level that I have never eaten before just to try and reach that protein number (although most days I could still barely get to 70 grams).

I continued eating that way through the pregnancy but the whole time I was just frustrated and kind of sad about it. I just kept thinking about the Blue Zones book I had read that summer before where they find the top areas of the world where people live the longest with the best quality of life and study what they eat and how they live. Guess what? They are mostly plant-based eating cultures (with a few pescatarian elements in some locations). And in case you were wondering, one of the zones is actually in California too so it’s not a gene pool lottery that Americans can’t achieve. Anyways, that’s how I wanted to eat, but I felt there was this magic protein number floating out there that I had to reach to be a good Mom-to-be so what choice did I have? And the food recommendations for breastfeeding aren’t that different so I didn’t feel like I could get back to plant-based anytime soon after birth which made me feel worse.

Anyways, it was always in the back of my mind, this problem that I didn’t know how to solve, but once Lola was born I was reminded about The China Study book and I remembered hearing about some of the research it contains in the Forks Over Knives documentary I have watched several times over the years. I was so curious to read the whole thing, and while it is a dry book to be honest, it’s heavily focused on research and studies and pretty overwhelming with results that point to a whole foods plant-based diet as the key to healthy living and avoiding most of the “common” major diseases that befall Americans. Again, all things and conclusions that I had read several times over the last 15 years from different sources, but just insanely supported with scientific data. I was so curious to read the sections on protein because of my current eating conundrum and I was fascinated to read about how much protein they conclude we really need (hint: it’s nowhere near 80 grams a day) and how our health compares with other people groups that eat way less protein (most of it being plant-based) and have much better health than we do as a nation. Reading all that along with watching a newer documentary called What the Health (a little intense but still thought provoking) just really put me back on the path of wanting to eat primarily plant based again for our health but also for all the environmental factors as well (if you’re interested in being more eco-friendly, look into the effects of raising crazy quantities of animals just to eat —it’s pretty nuts).

Currently, How Not To Die is my all-time favorite book for the case for plant-based eating and it’s the main one I recommend now to anyone that’s interested—it’s got a crazy amount of research and studies like the China Study book, but it’s presented in a very easy to understand manner and it’s got a huge section on practical ways to reach your top nutrition goals each day with their “daily dozen” checklist of food categories in the back. They even have an app you can use to keep track of which categories you consumed so far that day (and we have the cookbook too). I really can’t recommend this book enough.

So, how do I feel eating this way? I don’t really have a list of a million things that I feel when I’m eating well to be honest, BUT, I really notice a difference when I’m not eating quality meals. I can only go so many days around holidays or vacations of eating crappy food and animal based products before I feel sluggish and start craving fresh and healthy meals instead. I do eat more frequently throughout the day when eating plant-based as I get hungry faster after meals, but I think that’s because the food is easier for me to digest than a heavier meal that is harder for it to process. I love this plant-based food blog for recipes over the years and lately I’ve been cooking a lot from this cookbook where there are so many recipes that I love so far (the falafal tacos, black bean soup, buffalo cauliflower bites, and saffron cream sauce are delish). And just to also be clear, while I want the large majority of what I eat to be free of animal protein, there are times in the week that I have pizza with real cheese or an egg out at brunch and I’m ok with that. Based on what I’ve read, if we all ate 95% plant-based it would still solve a lot of the health and ecological problems that come with the traditional American diet while still affording indulgence in those areas here and there. So, if you see a slice of regular pizza on my Instagram stories, chill out, I’m aware that it has cheese.

Obviously this is my personal history of food and everyone has to (and should) put a lot of thought into coming to their own conclusions about what’s the best way to stay healthy and responsibly kind to the planet, but I just wanted to put a few resources out there since people seemed really interested in why I like eating this way. Believe me, I know that sometimes we are too scared to look into something if we think it may change or take away something we love (like eating cheese because cheese tastes amazing) but don’t ever let that stop you from learning something new! At the end of the day you can take or leave the information but don’t let fear be what makes your food decisions especially when what you put in your body can really be the biggest contribution (or detriment) to your overall quality of life and health. If you have any plant-based cookbooks you love to use, let me know! I’d love to check them out!