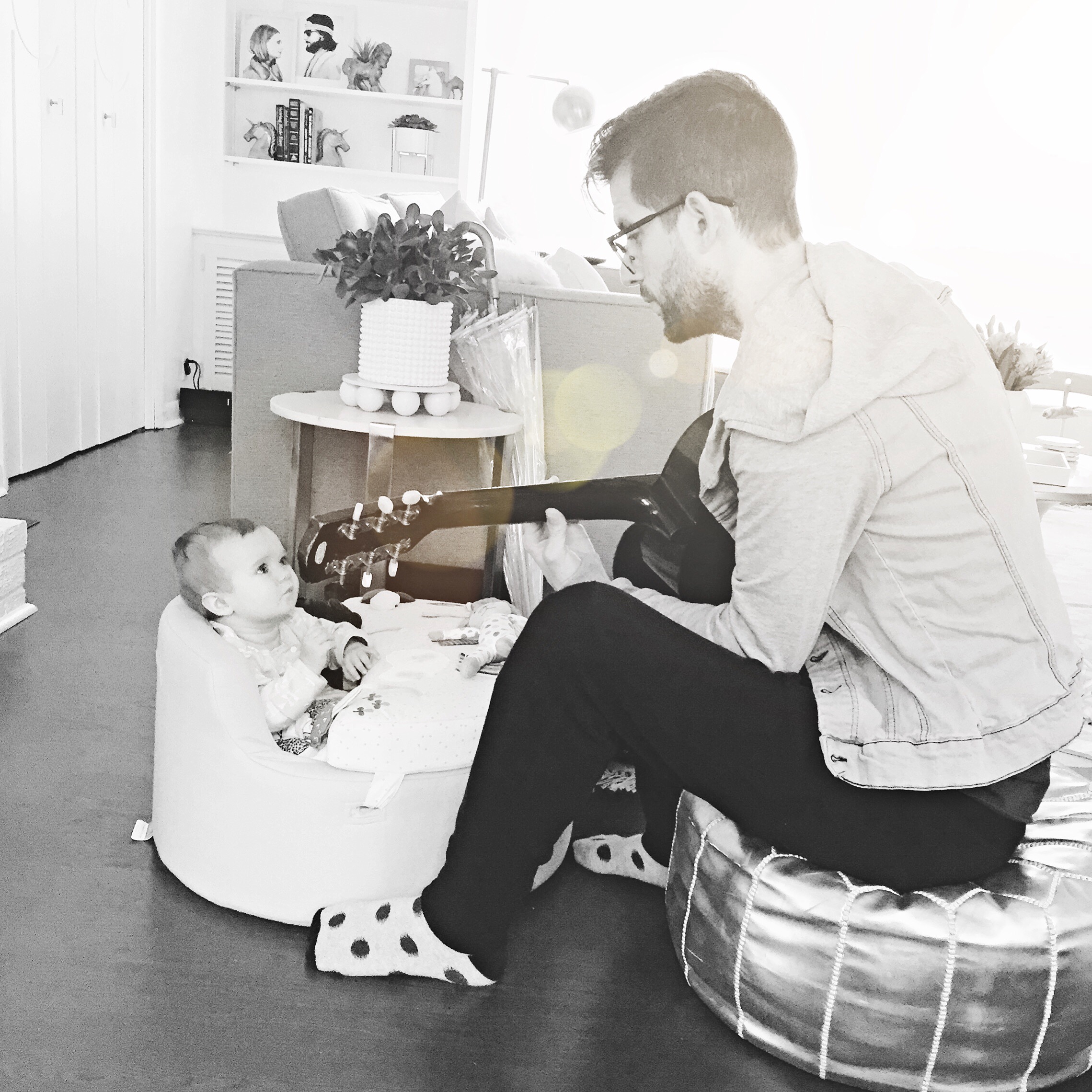 Sooo, we have had quite an crazy last few weeks! We were on our way up to visit Todd’s family in IL to have an early Thanksgiving and we hit a giant deer head-on and totalled our car on the dark highway. I actually had no idea what was happening as I was turned in the passenger seat and talking to Todd who was driving at the time, but I just heard giant thud as we crashed into something and I immediately started screaming as I ducked into Todd. I looked up briefly for a second and saw that the windshield was completely spiderweb cracked and all I could see out the front was crumpled white metal. I guess the hood crumpled up once we hit the deer and flew up into the windshield, cracking it on impact, but since I didn’t know about the deer yet I thought for a second that we had hit the side of another car and that they were somehow up on our hood and we had slid under them. Lola was sleeping in the back and the impact and sound startled her awake so that she was crying immediately while Todd was trying to steer us to the side of the road though the few inches of cracked windshield that the hood wasn’t covering. Once we pulled over and I could see the damage to the car but realized we were all ok, I just started weeping immediately out of thankfulness for God’s protection and I tried to calm Lola down as best I could from the front seat.

After a few minutes of trying to gather ourselves, we started the process of calling for a tow truck and our insurance to report the accident and find out what we needed to do. We were almost 2 hours away from home so there was nothing to do but wait out the tow truck arrival (about 1 1/2 hours later) and call around to find a friend who could come and take us back to our house. We didn’t want to take Lola out of her carseat since we were sitting on the side of a dark highway with trucks whizzing past us (in case someone hit us), so I sat in the back with her and sang songs as cheerfully as I could until help arrived. That was definitely my biggest lesson so far in feeling upset inside but trying to keep it together for the sake of your kid so they aren’t scared. Poor girl had to be in her car seat forever that night but she handled it so well! Once the tow truck arrived, he towed us to a nearby gas station and we grabbed everything out of our car (and I mean everything) since we knew it was probably totalled and we wouldn’t see the car again. It was such a weird feeling to be in the tow truck with all our stuff and to look back behind me and see my mangled, bloody car in the flashing yellow lights of the truck as we drove down the highway. So surreal. Thankfully our friend Darren was able to come and get us and take us home where I fell into bed as soon as I got Lola all situated. I definitely started crying as I kissed her goodnight and put her in her crib, trying not to dwell too much on the alternative scenario and what could have happened that night. I think Todd was up for a bit longer as he was still feeling rather rattled by being the driver and actually seeing the deer right before it happened. I think because he saw it a split second before it happened he had a quick moment to wonder, “Is this it??” before we actually hit the animal. It’s kind of funny because I definitely roll my eyes at Todd’s video game playing but he actually attributes his quick reflexes in dangerous scenarios to his life-long gamer habits…I guess video games are good for something!

The next morning we were on the phone again with insurance and getting rental cars set up, not sure what we were going to do about getting a new car (I was planning on just driving that one forever until it didn’t work anymore) and while I knew all of that was going to be a giant headache to figure out, but I was just so thankful for the scene that was before me that morning. Todd was playing his guitar, singing to Lola, and she was happy and carefree. That deer could have come through the windshield, the glass could have broken into us, a car could have hit us from behind when we hit the deer or as we tried to get off the road—but none of that happened and I was just so grateful.

We’ve been spending a ton of time this week car shopping and looking online and trying to figure out what to do next with that. My car wasn’t worth much and we had been planning on getting a better (and a little bigger) car now that we have a family but we’d also been trying to sell our super-cool-but-totally-impractical-for-a-baby 1974 Corvette Stingray so we could use that money for our next car. Unfortunately, the Stingray is still in our driveway so if any of you want to buy a vintage car, let me know! Taking a baby car shopping for hours at a time sounded kind of miserable, but she’s been such a trooper so far and she actually makes the experience more fun I think. Anyways, thanks to all of you guys for your kind words saying that you are glad we are ok! I definitely have a lot to be thankful for this holiday season…

8 thoughts on “So Much To Be Thankful For…”