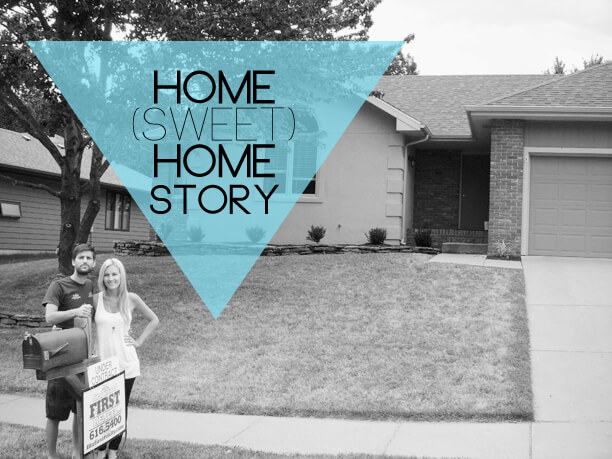 I have mentioned on this blog from time to time how our “new house” is coming. When one hears someone refer to a “new house,” one is free to assume two things about that person: first, that the new homedwelling individual has previously lived a different abode, and second, that move from said abode has been somewhat recent. If you have made those inferences from my reference of a “new house,” then get yourself a tweed cape, a pipe, and a fat sidekick with a mustache, because you are a regular Sherlock Holmes. We indeed did move to a new house within the past year, and while moves from one house to another are relatively commonplace for the average gal, I wanted to share my story with you because it certainly has its own “Band Wife” spin to it.

Todd had actually lived in the same rental house for nine years (!!!) before we got married and I moved in with him. We talked about buying a house together, but I still had quite the mountain of school loans to pay off, so we decided to wait until those were taken care of before committing to a higher monthly payment. Once the loans were gone, the interest rates for mortgages were still so low that we thought we may as well see what kind of houses were out there. I, for one, was all for a house we could call our own and a space I could personalize. I had gone from a dorm room to three different apartments to a rental house and was tired of living in, what I liked to call, the “beige palace” type of decor. You know what I mean: the carpet is beige, the walls are beige, the ceiling is beige, and the trim is beige. And you can’t do nothin’ about it. No personality, just a general “BLECH” feeling. So the thought of painting a wall or changing a floor sent shivers of excitement down my spine. 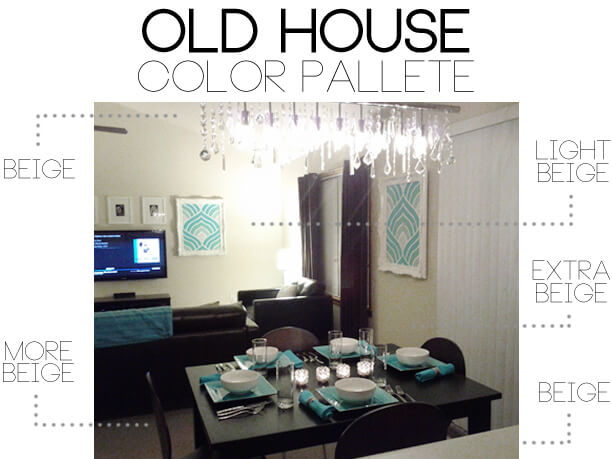 It was last July when we decided to actually start looking at homes, and the second we started the online search we were obsessed. Every moment I wasn’t at work, we searching realtor websites until our eyes bled and then drove around Springfield scoping out our top online picks. We peeked in windows and through backyard fences as much as we could without risking arrest, and narrowed down our search to the top ten most promising properties. Todd cared most about having a private backyard that was perfect for a hammock and yard games, and I was all about the inside potential for a modern, but a bit quirky, interior. The problem was, however, that Todd was leaving in two weeks for a three month solid tour schedule (no breaks at all). That meant that if we were going to do this house thing, we had find a place that we both loved, and soon. Otherwise, we would have to wait until November, when he got back, to start looking again. After all, I wasn’t going to pick out this house by myself, now was I?

The day after we got our bank loan approved, we went off on a hunt with our realtor and finally got to see inside of our favorites. I’m a pretty decisive person when it comes to aesthetics, and Todd was being super critical of every backyard we came in contact with, so we narrowed down our top two choices that day and made a pen and paper list of “pros and cons” between the houses that night. One house had a much smaller backyard, but more updated features inside the house (and a community pool!) while the other house had a bigger backyard, was right by a great bike trail and park, but needed a lot of cosmetic updating indoors. It’s comical now thinking about the house we almost bought and how better off we are in our final choice, but it wasn’t an easy decision at the time. We finally decided on the house with the better backyard and bike trail access, and we actually put an offer in for our house the same day as some of our besties (Jeremy and Elsie) did on their first home together as well- how fun to go through buying our first homes at the same time! The other crazy thing was, the whole house buying process, from first conversation about houses to putting an offer, only lasted two weeks! That’s one advantage to being in a smaller town, you can see all the houses in your price range and desired area in a relatively short period of time. 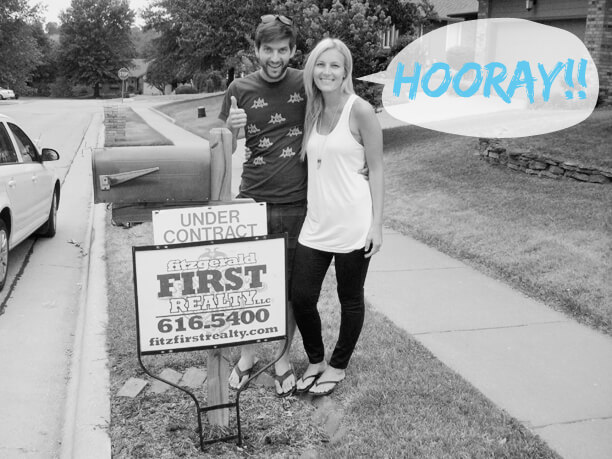 I do have to admit though that I wasn’t quite as excited initially about the house as Todd was. I knew that the house had the structure and layout that I wanted, but the owners had built their own version of a “beige palace” in various shades of tan and brown, and I knew it was going to be a massive undertaking to get the house to a place where I would be just as excited about it as Todd was about the backyard. But if I was going to undertake the task of changing nearly every surface in our new home, from popcorn ceilings to gag-me-with-a-spoon brown shag carpet, at least my husband would be there to help me, right? Oh wait. Remember that three month tour he’s leaving on? Crap…

TO BE CONTINUED (dun, dun duuuuuuuuuun….)