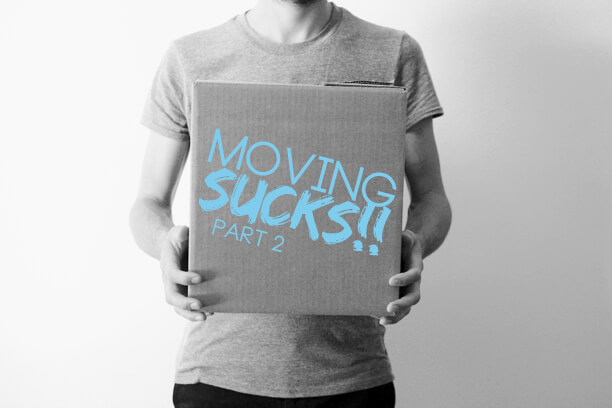 Ok, we left off Part 1 of our adventure by saying that Todd and I had officially decided on our first house (good!), that the house needed a ton of updating (bad!), and that he was about to leave for a three month tour and skip out on the move and all the work (kill me!). I wish this was the part of the story where I said we were moving from a one bedroom apartment so I was able to fit all our possessions in the back of a pickup truck, but Todd had nine different keyboards in our 3 bedroom rental house at one time (including a full size organ), so just his musical gear alone was going to be a major task. Side note: any man that has double digit amounts of keyboards alone should not complain if his lady companion comes home with “another” black dress. This dress is different than the others she has. It’s a little more dressy than that black one, and somewhat less pretentious than that other black one. Duh.

Anyways, we had to wait a month after we put in the offer before we could close and officially move to the new house, so I figured I had plenty of time to pack up the house by myself once Todd took off for his tour. In fact, I actually had too much time. On things that are important to me or that I’m excited about, I am not a procrastinator. Even in college, I was never the kid who was up all night the day before a big paper was due, I always got done early. Sometimes I would even go back to my dorm room right after class and do the paper the day it was assigned (nerd alert) and then watch all the other procrastinators freak out the night before, and I would silently laugh and enjoy their misery…too much? I think not. So I actually pre-packed way too early and was miserable because everything I needed was in one of the two hundred cardboard boxes stacked in our garage, and probably in the one on the bottom row in the middle of the pile. Almost every night I was at WalMart at midnight (because that’s when they have all their empty boxes out), muscling out older box hunting ladies for jumbo-sized cardboard monstrosities. I did some things I’m not proud of at WalMart, but I got my box in the end.

I should mention that I also pulled a muscle in my back getting all the boxes I packed into my garage, so I had to fit ice packs sessions and the chiropractor visits into my full time job and moving schedule as well. I will also let you know that all of this stress and hair pulling is happening as I get calls from Todd while he’s on float trips with Incubus and can only talk for a minute because he’s about to challenge Brandon Boyd in yard games. Shoot me.

Finally, it was time to actually sign the important papers and move to the new house, and I got a giant crew of friends to help me (thank you!!). My mom actually flew down from Pittsburgh to give me much needed moral support and was a giant help in so many ways. I tried to be as organized as I could with labels and color coded tape on every box, but moving is always a giant pain, even if you’re as prepared as you can be. Other than getting to spend a bit of time with my Mom, the best thing about the move was that I bought a ton of pizza for everyone that helped, but they didn’t end up eating quite as much as I thought they would and I froze the leftovers and had pizza twice a day for five days straight. I kept waiting to get too tired of it to eat it anymore, but I never did! It’s a talent.

So, at this point, I am exhausted beyond words, in pain from the pulled back muscle, I can’t find anything I want, and I’m all alone (except for our cat Charlie who is traumatized from the move). Normally, this would be a good point to take a break and start to recover from all that it took to get to the new house, but there’s a problem with that: I’m an idiot and still insisting on renovating the entire house, by myself, before Todd comes home in ten weeks. So instead of relaxing, I immediately start to paint, and scrape, and sand, and drill. And I have no idea what I’m really in for…