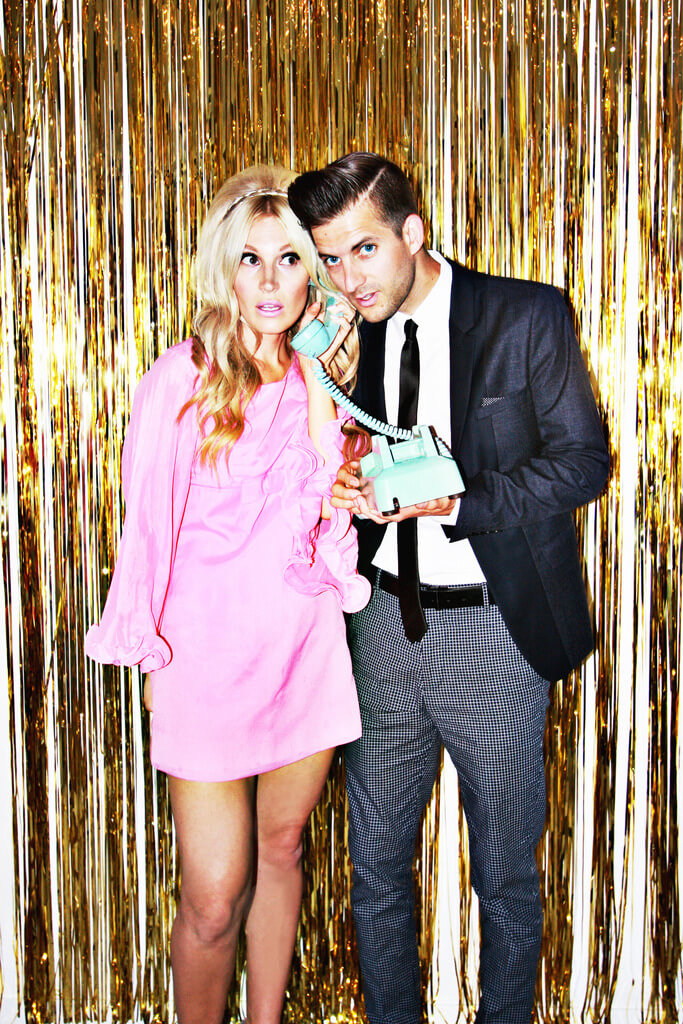 As someone that loves parties, I have to say that theme parties can be the most fun for me. Last winter we were trying to think of a way to beat the winter blues and have a fun event that everyone could look forward to, so we decided a 60’s themed cocktail party would be just the ticket. We had such a good time that when I was trying to decide what to do for my 30th birthday this year I couldn’t think of anything better than having another 60’s bash, so that’s exactly what we did! I found the most amazing vintage pink dress with pleated bell sleeves this past fall during a visit to Nashville and I bought another vintage shift dress with an embellished neckline here in town (also pink!). What’s a girl to do when she has two dresses she wants to wear? Well, I did an outfit change halfway through the party so I could wear both. Who says the show “Sweet 16” can’t teach you tips for life?? Not this girl. 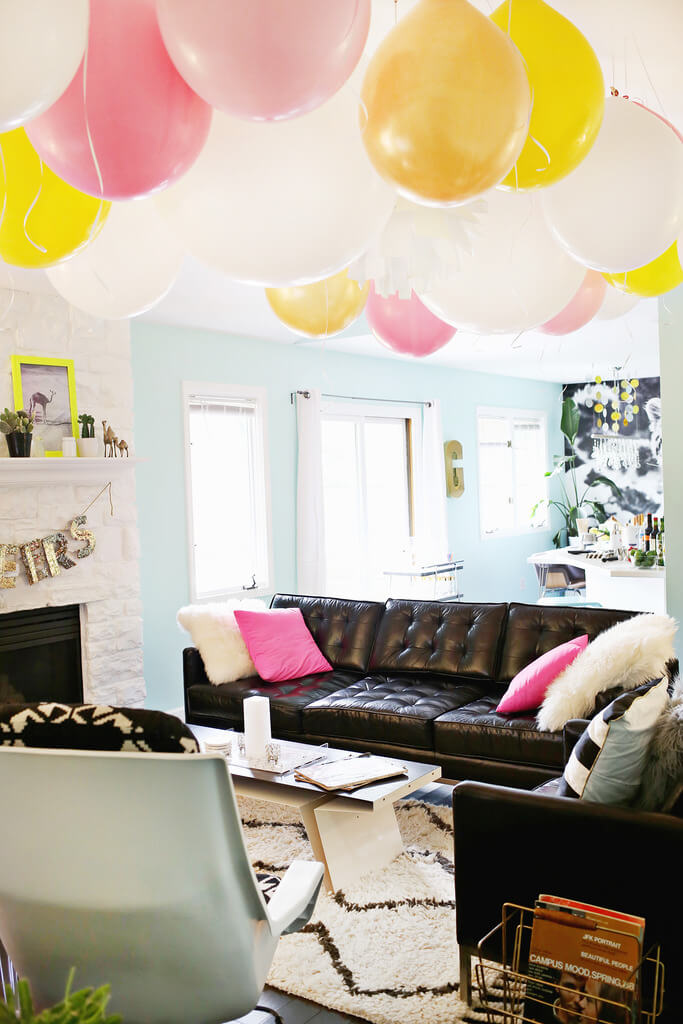 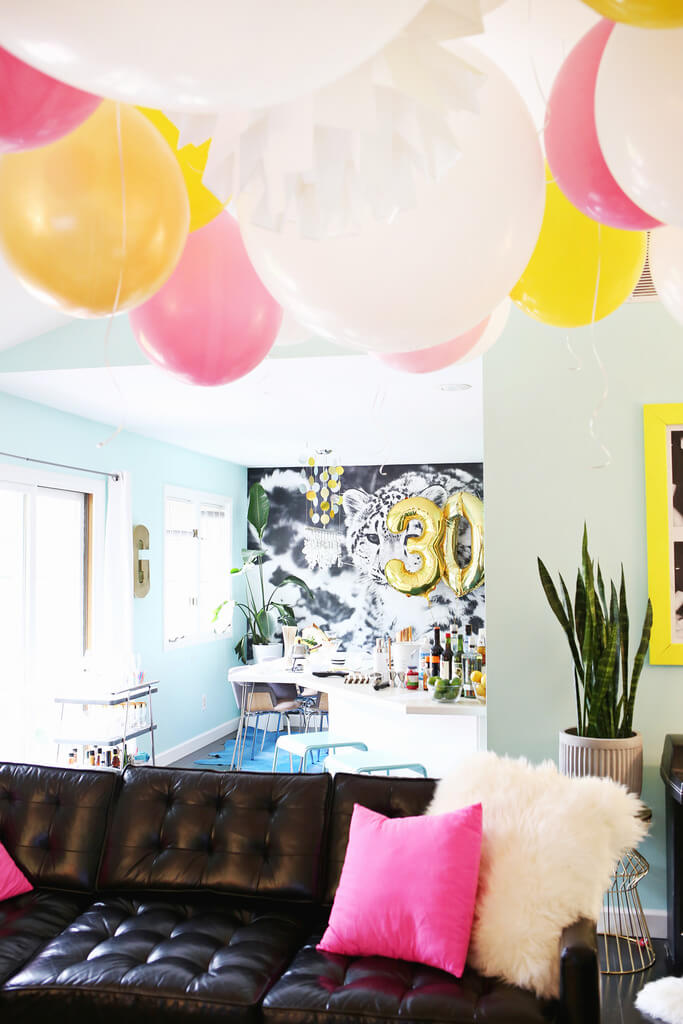 I’ve always dreamed of having a balloon ceiling at a party, but you have no idea how expensive it is to fill a ceiling with balloons (and it’s a bit of a transportation nightmare) so instead I did a “reverse” balloon ceiling by blowing up giant balloons with a air mattress pump and then hanging them from the ceiling instead. They don’t call me “the problem solver” for nothing!! 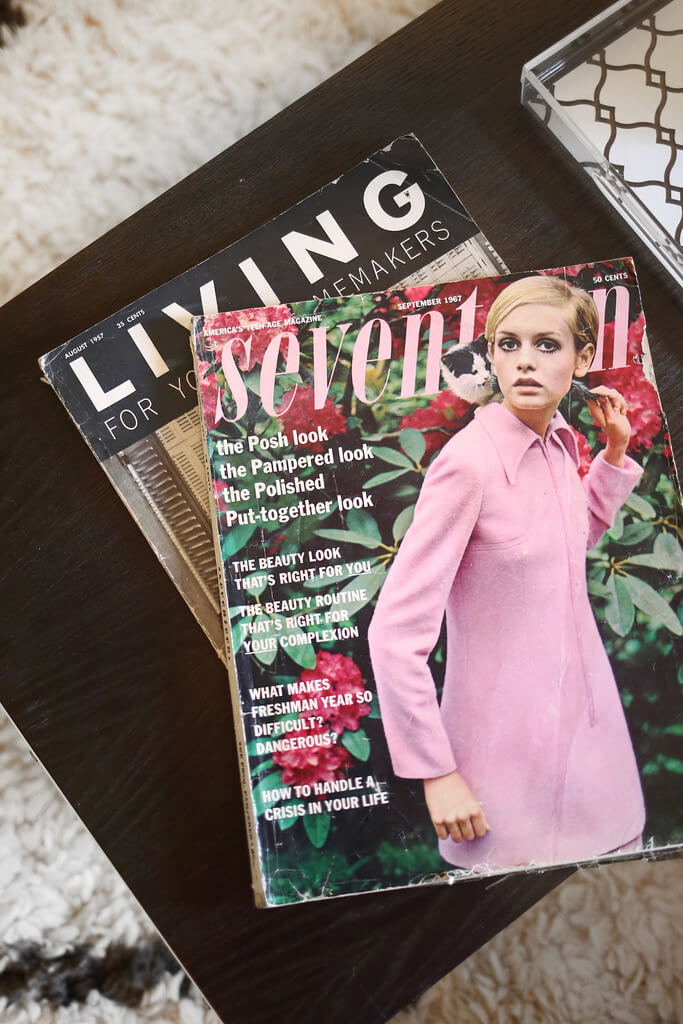 I had a few 60’s fashion and home decor magazines out for people to look through during the party. If you’ve never read a vintage magazine you should! It’s amazing and the ads are hilarious!! 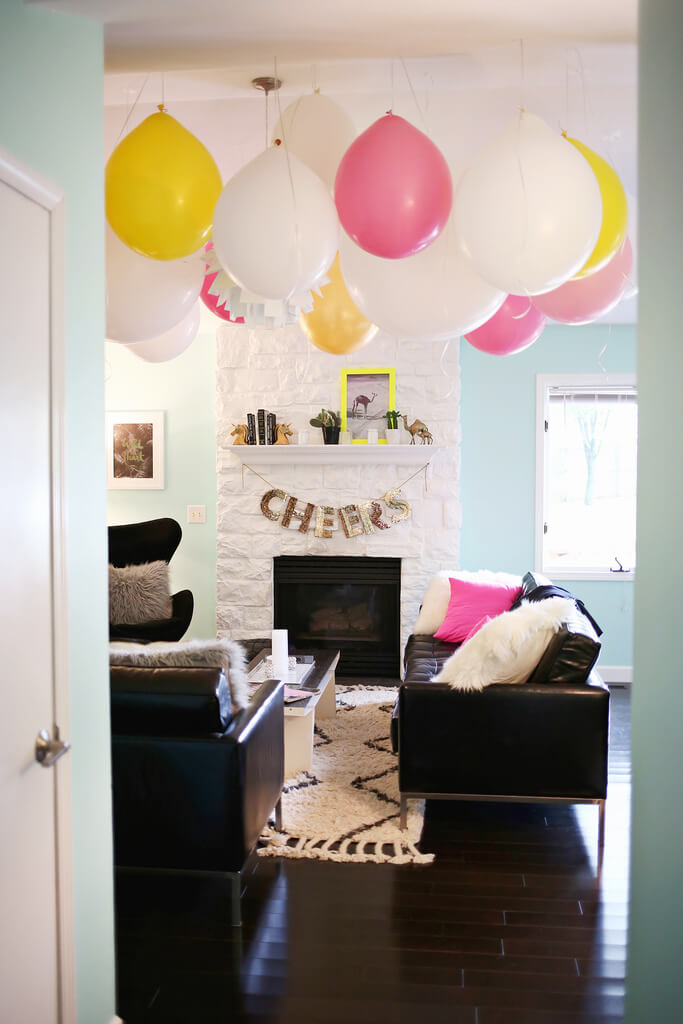 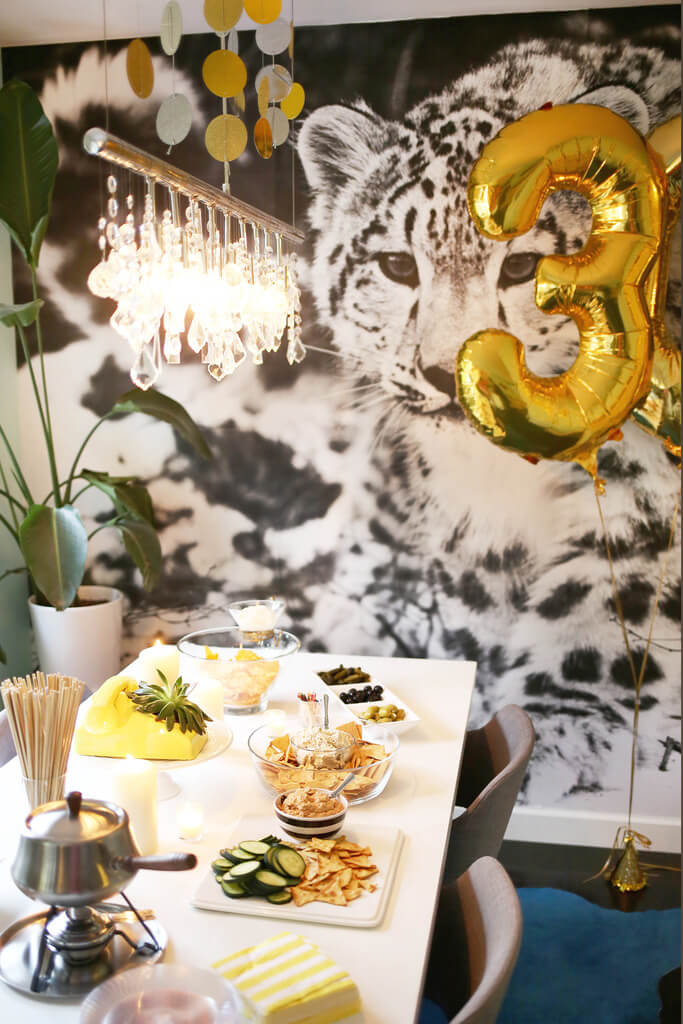 I bought a fondue pot from the 70’s that had never been used before and we made cheese and chocolate fondue—so good I will definitely make it again for sure. I also had several dips, olive and pickle trays, and cheese spreads just to keep the theme going. 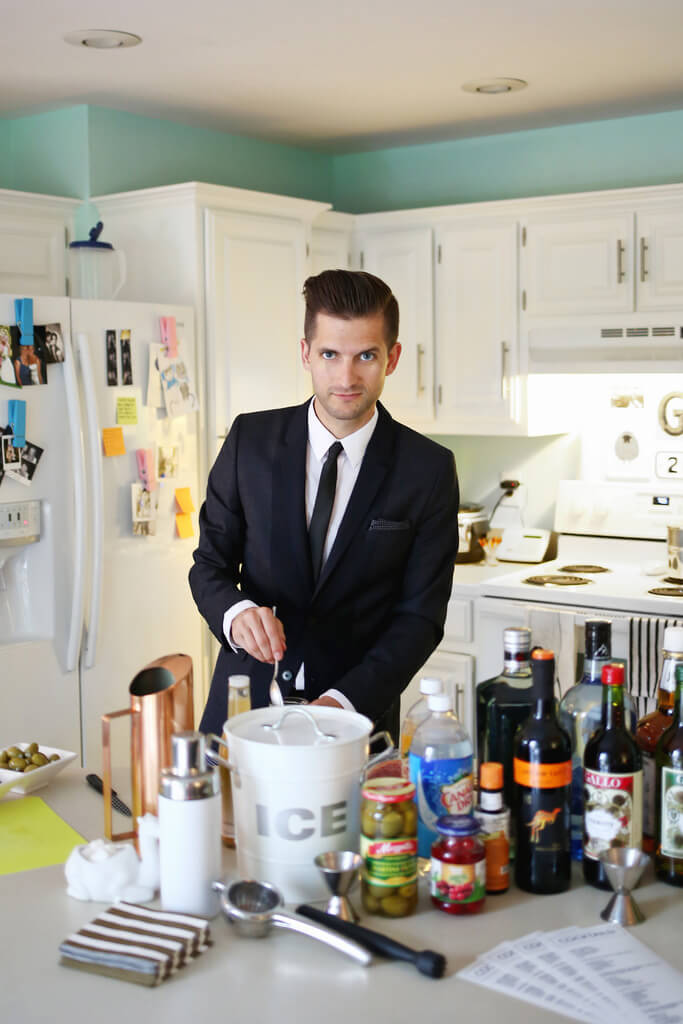 I hired the most handsome bartender I could find for the party. Not bad, eh? 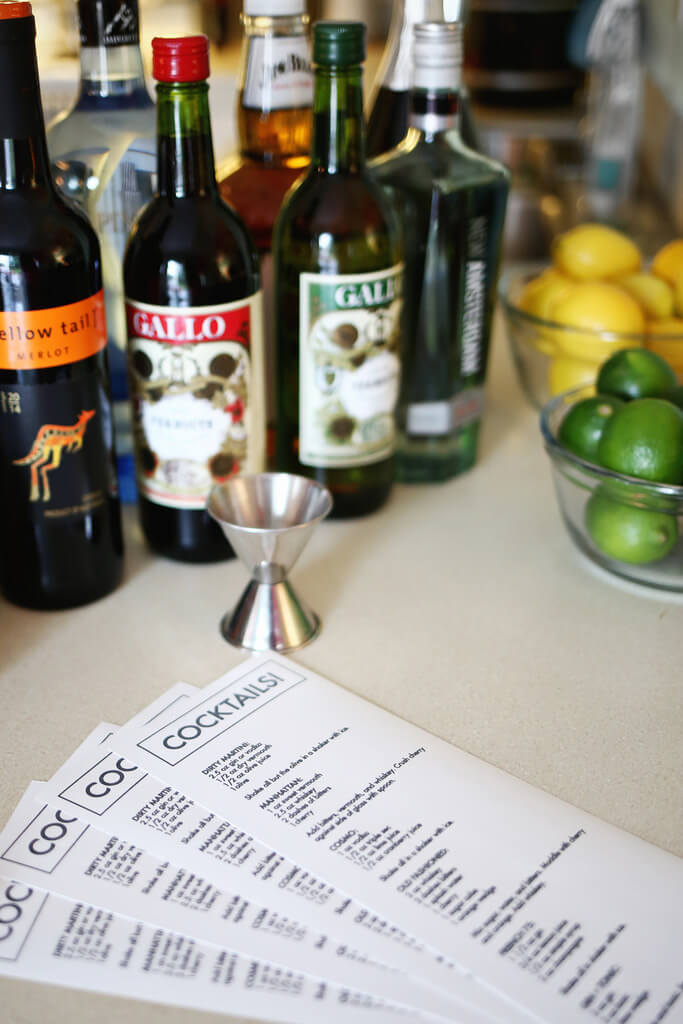 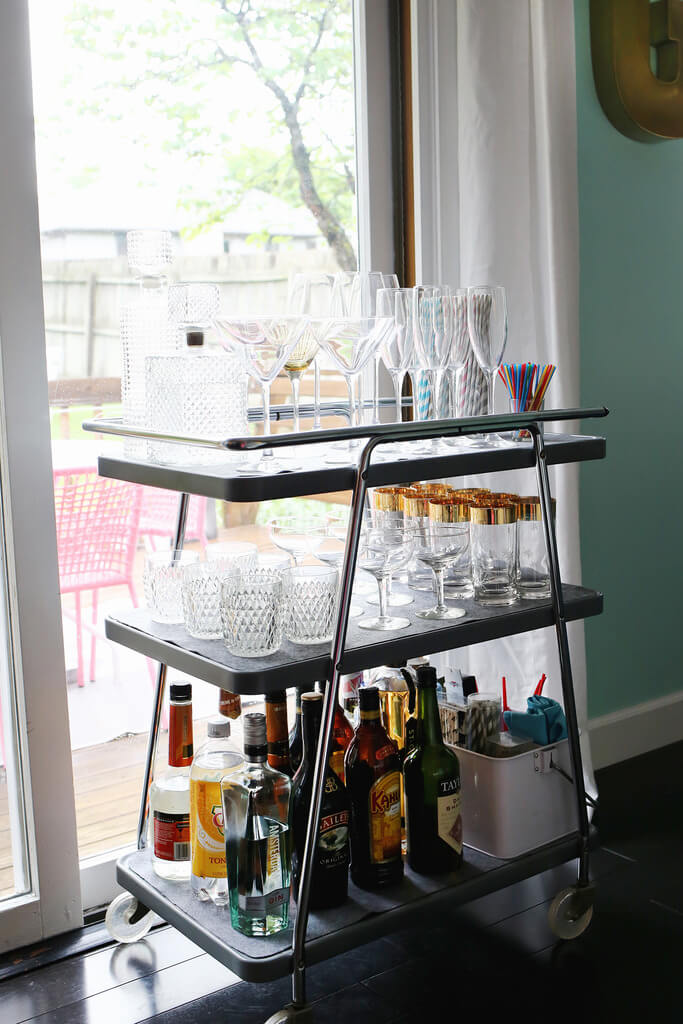 I also like to make lists of classic cocktails and their ingredients so people can make the drinks themselves. That way, the hostess is free to do other things and they can have fun by making new drinks they’ve probably never made before. 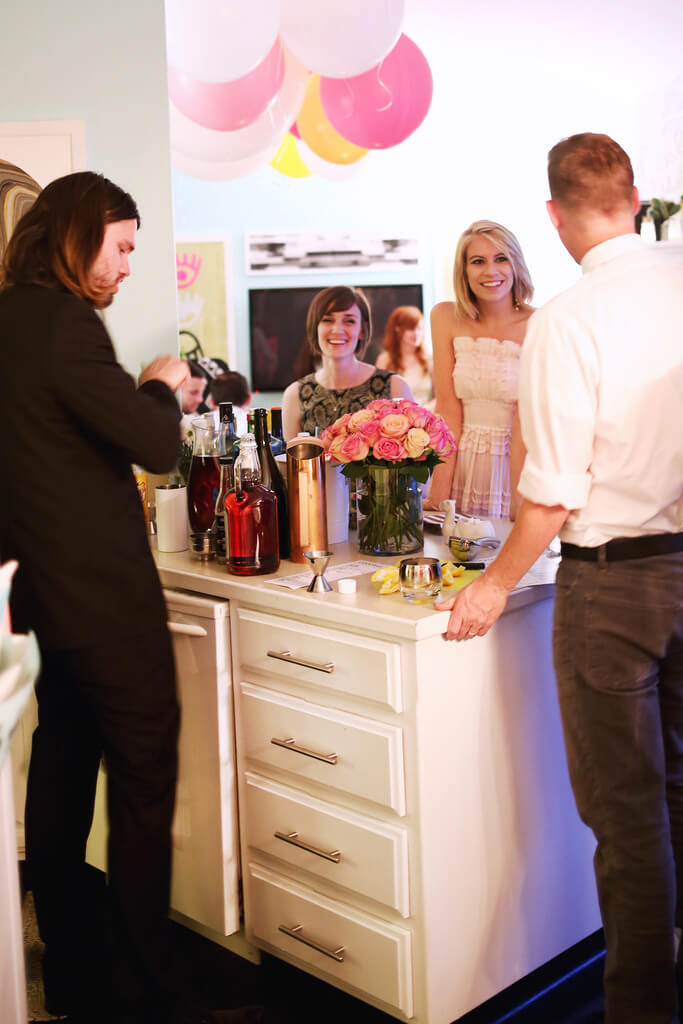 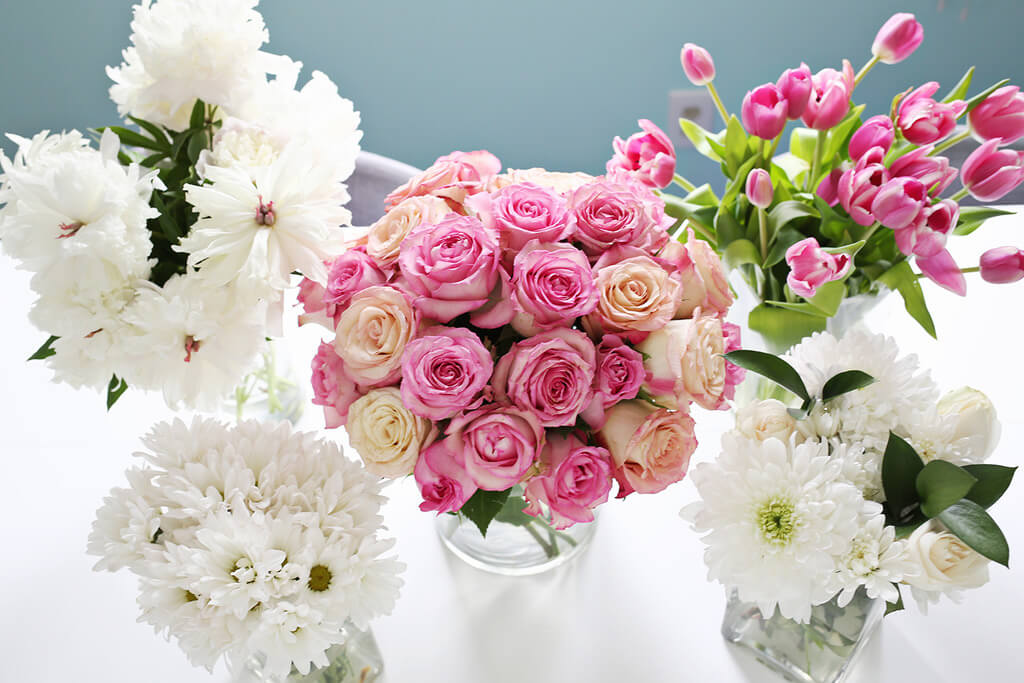 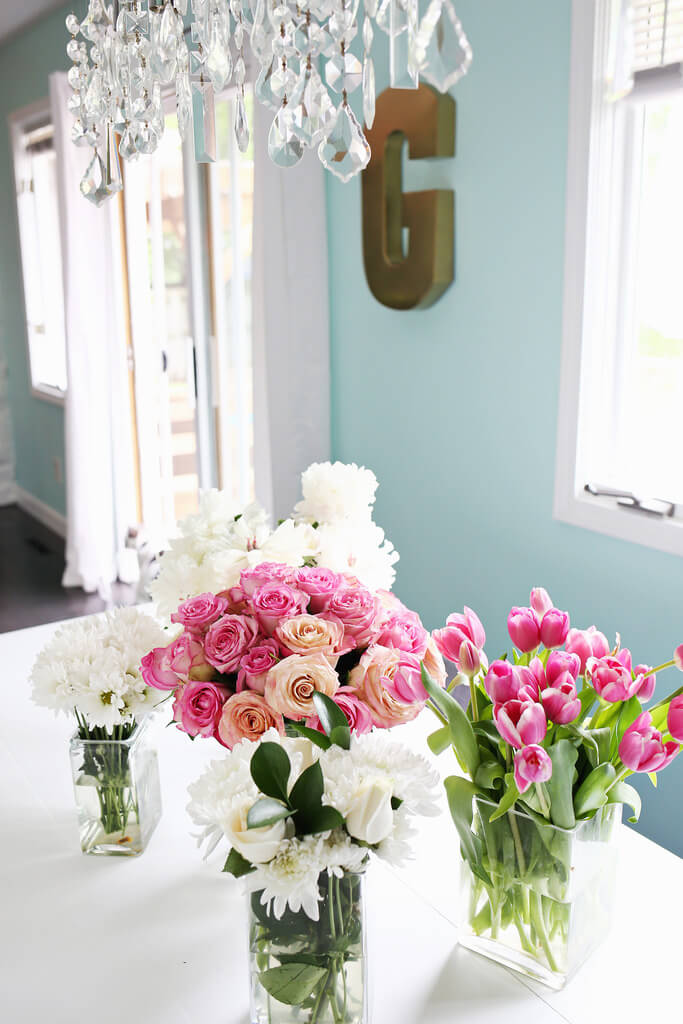 Todd is such a doll and had several of the guests bring me my favorite flowers as they came in. By the time the night was over, they were everywhere and the place smelled amazing! So thoughtful and sweet. 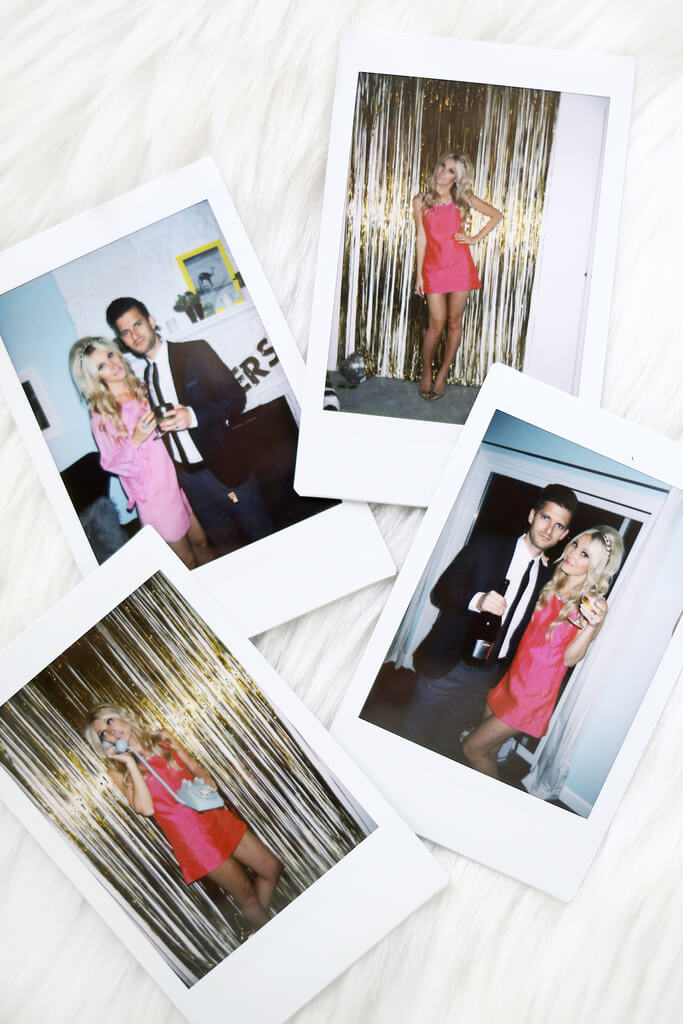 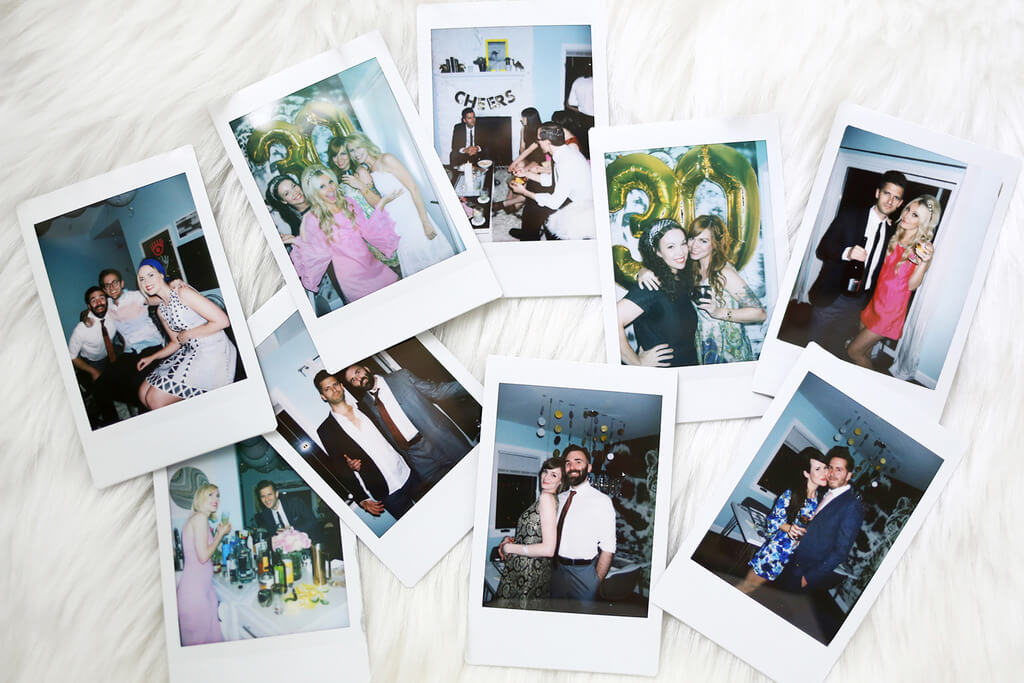 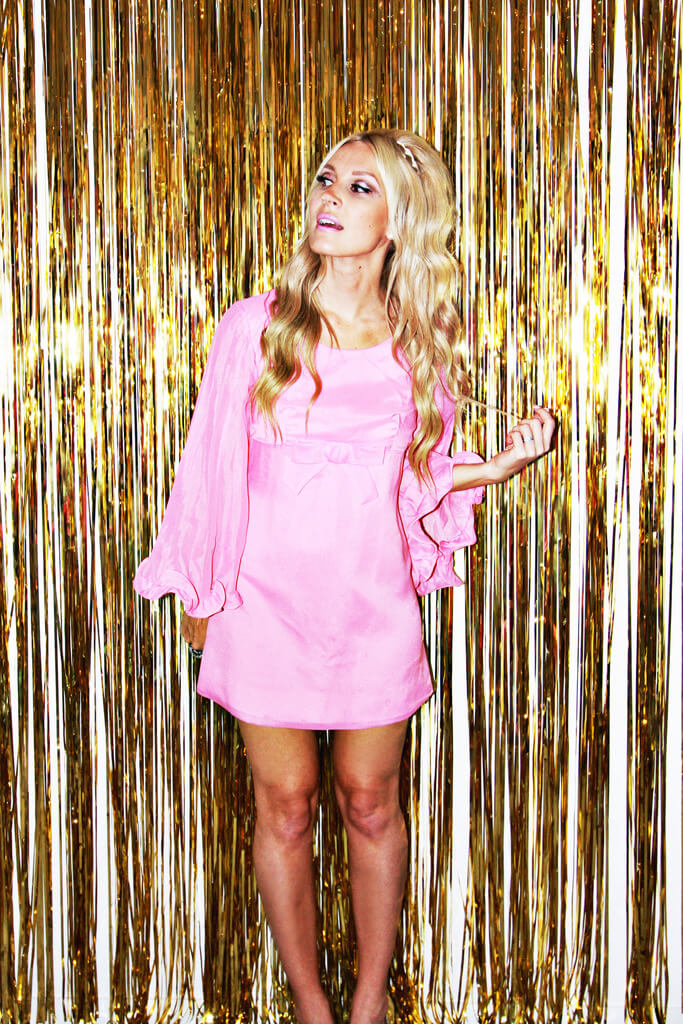 I borrowed Elsie’s Instax mini camera and set up a photo booth in the back room and I’m so glad that I did! I got some really fun shots from both options and I think I’m going to make a giant print of the one of Todd and I at the top for our next house because it’s too adorable. Overall, the night was a really fun way to celebrate my birthday with some really sweet people that I love and that’s what matters the most.

Also, I was REALLY proud of that hair you guys. I did 3 practice rounds of it that week to get it right, but I think I nailed it. It’s basically my dream Barbarella hair and I wish I could wear it like that everyday…oh well, hopefully the 60’s cocktail party tradition will continue in Nashville! I’ll keep an eye out for a dress (or dresses) in the meantime just in case 😉