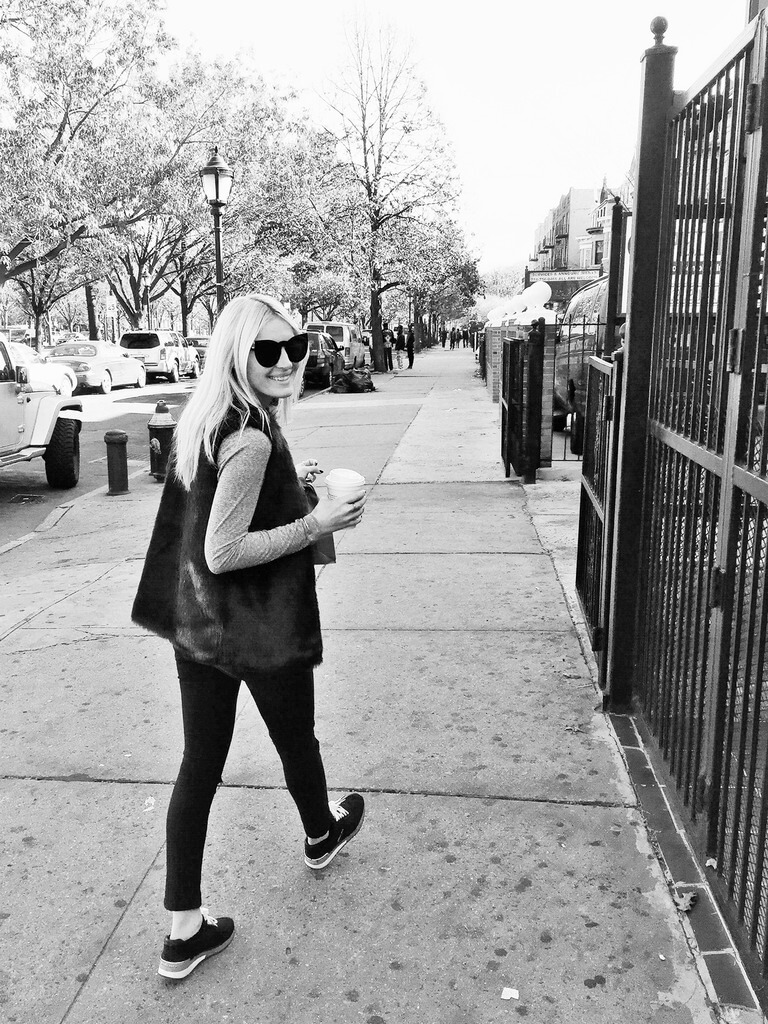 This week has been a little bit crazy for those in the MUTEMATH camp. Their new album Vitals was released last Friday (YAY!) so it’s been a little extra busy with all the meetings and events that putting out a new album entails. As part of what they call “street week”, the guys went up to New York City to get in as many interviews and appearances as they could to coincide with the launch of the new record, and since playing on Late Night with Seth Myers was one of the things on their list, I thought it would be fun to tag along. I haven’t gotten to spend much time in New York, so it was kind of cool to spend a few days and build up a few more city experiences. Definitely felt that classic New-York-in-autumn vibe walking past beautiful brownstones to pick up some Chinese takeout while the wind whipped mini tornados of leaves all around us. A total “You’ve Got Mail” sort of feeling. 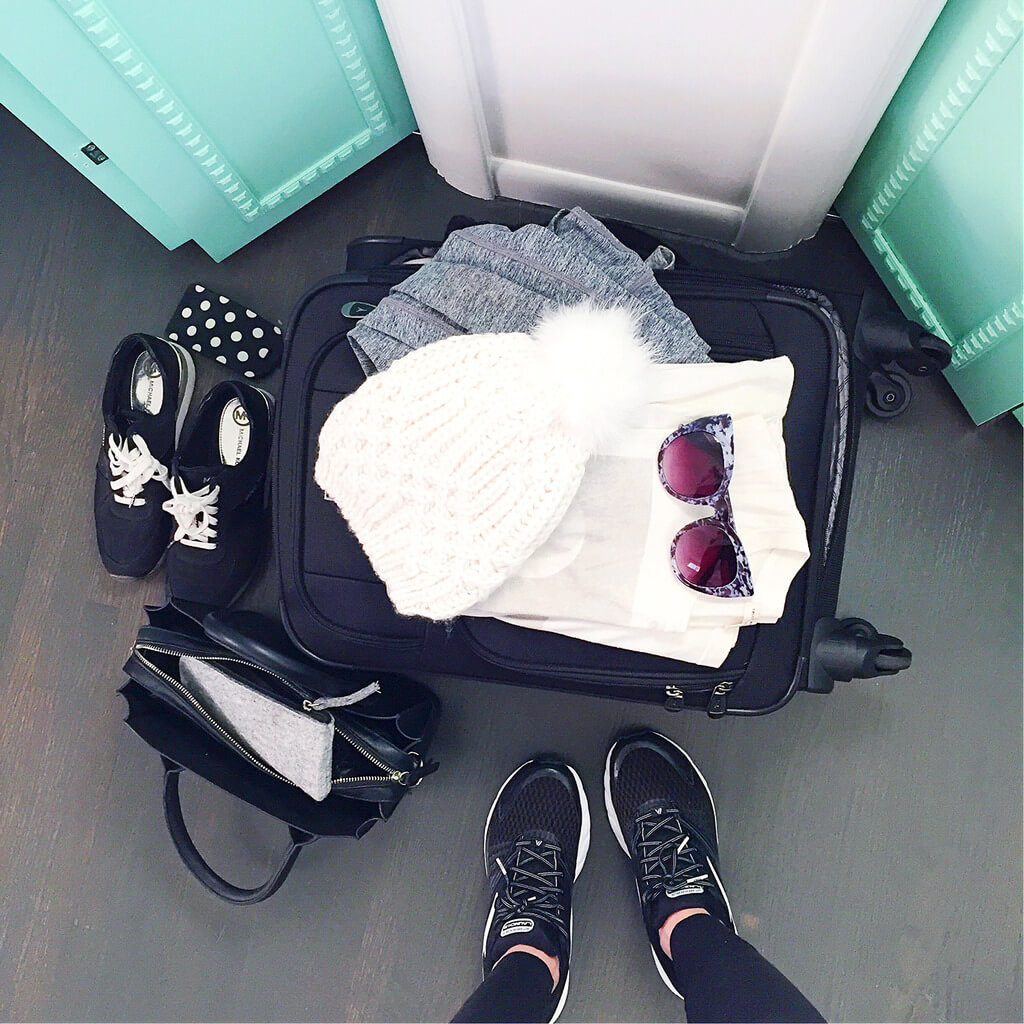 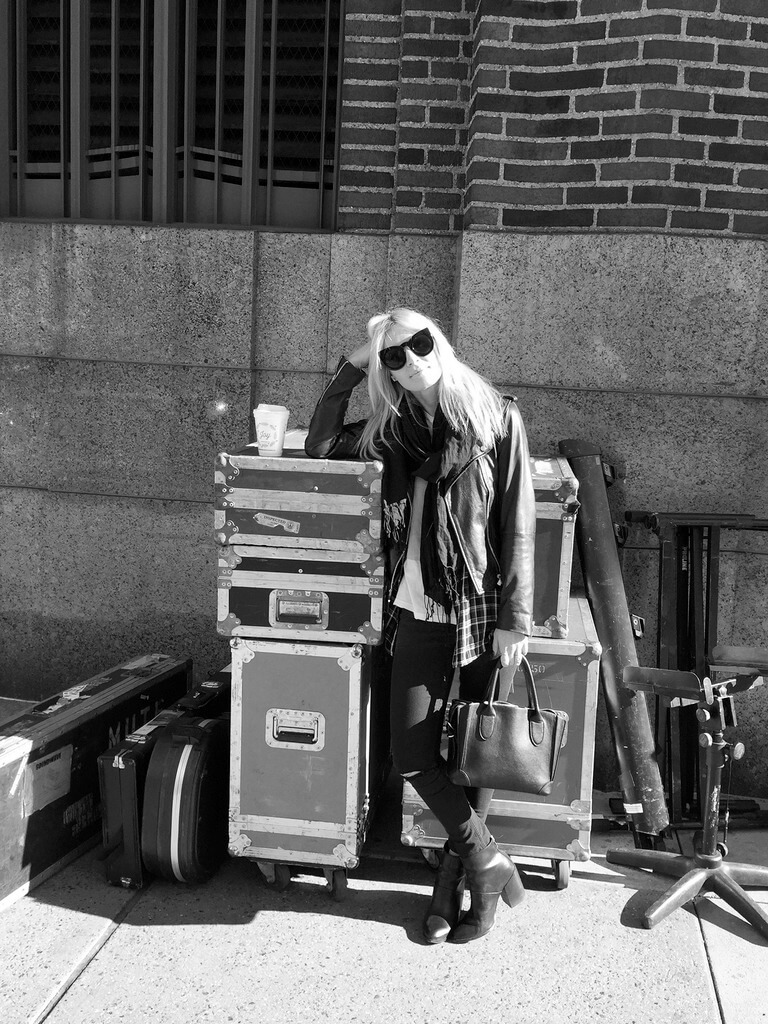 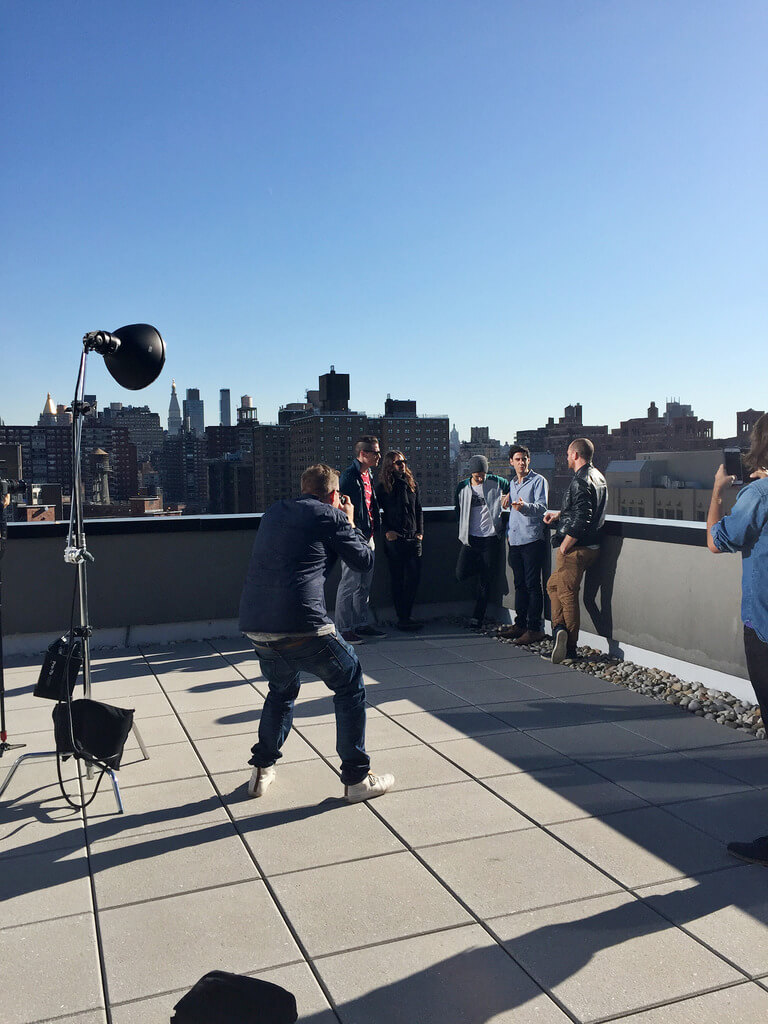 Anyways, the schedule was pretty packed with interviews and mini performances so there wasn’t a whole lot of time to go off on adventures, but I was delighted to find out that one of my favorite shows, Law and Order: SVU, was filming about 30 feet from the small club that the band was doing a mini show at one night. I have such fond memories of watching hours of that show with my college girlfriends (especially the marathon showings) so it was a pretty big deal to see Mariska Hargitay doing what she does best—she’s stunningly beautiful in person too. 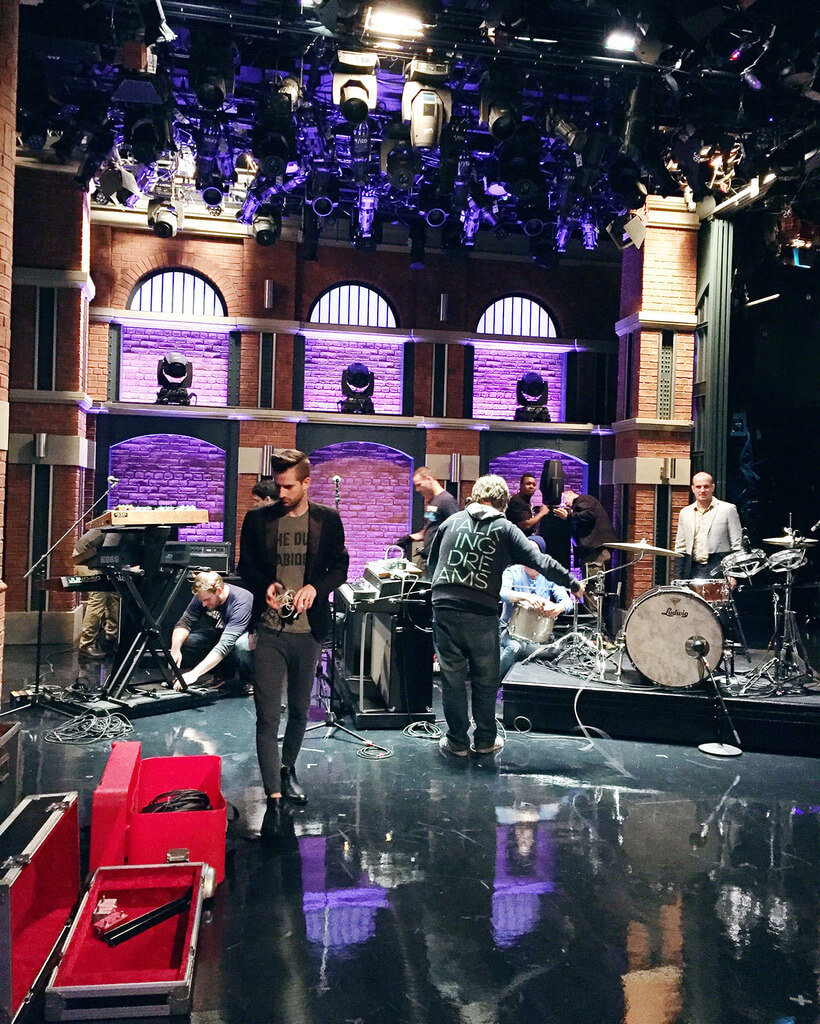 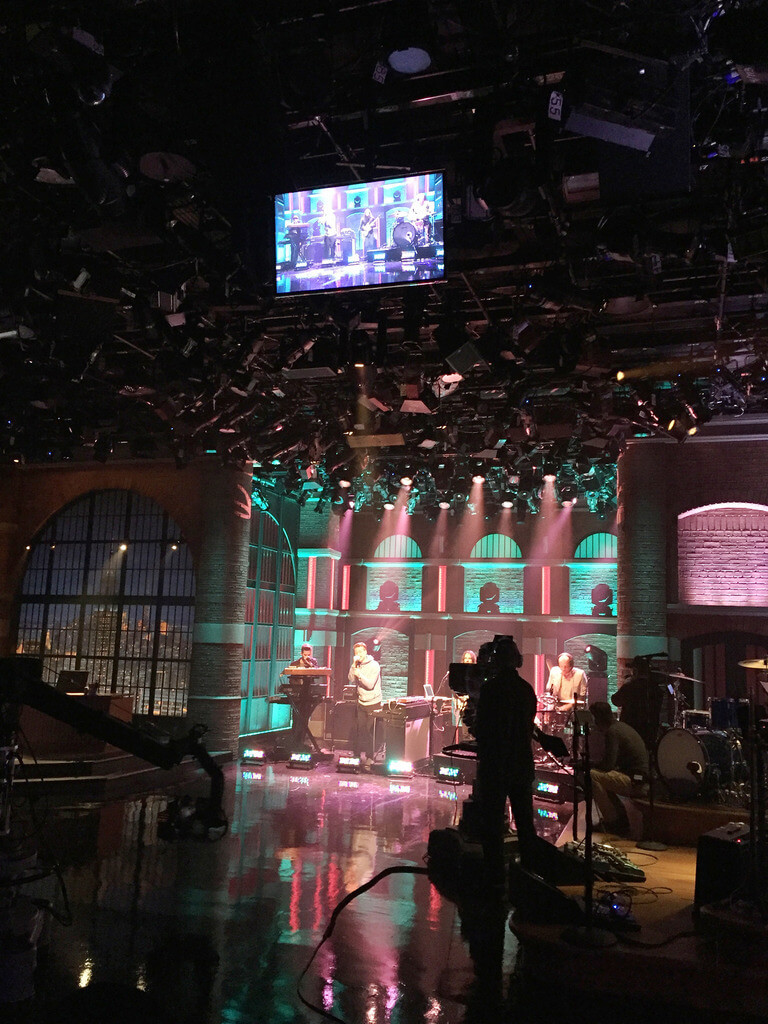 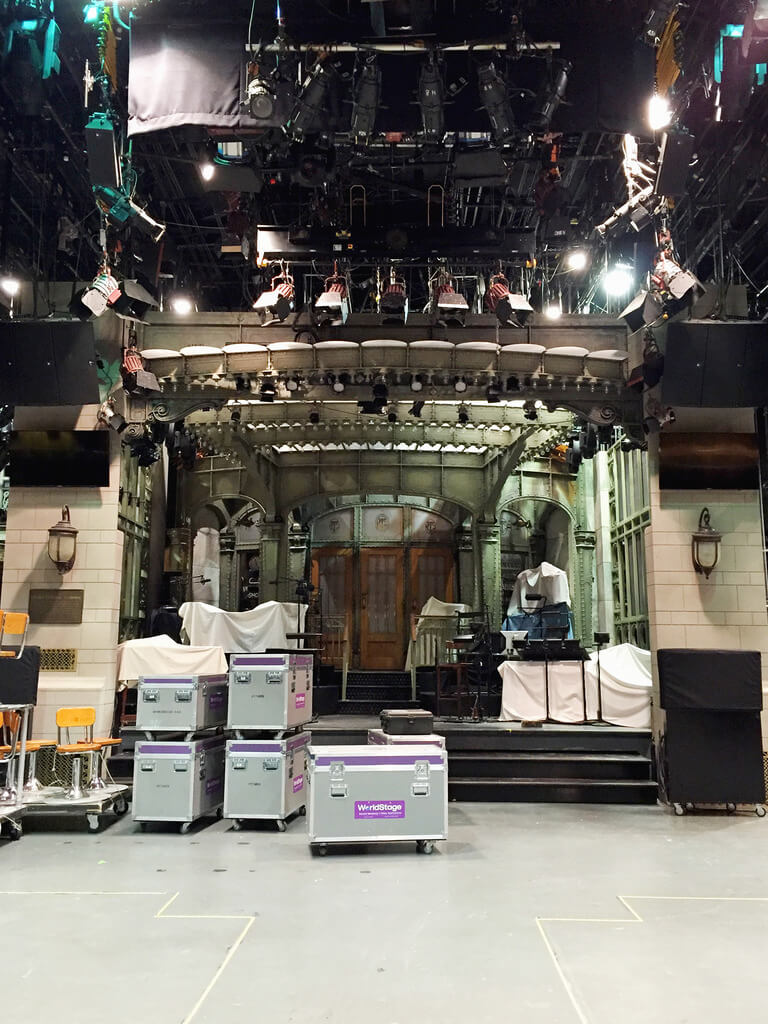 The talk show taping day was the most exciting event of the week and we got to wander down the hall to see the empty SNL studio in person. Such a surreal feeling. We were kind of bummed that it was Wednesday instead of the Thursday because that’s when they start to rehearse (and Adele was the guest), but then again, if they were rehearsing then we probably wouldn’t have been allowed over that way at all, so I’ll take what I can get! We got to the studio around 11am to set up for their many sound checks and camera rehearsals, but they don’t actually film the show until about 6:30pm so it was a long day of hanging out in the lounge area. Thankfully, they had quite the snack assortment, so no complaints here…Also, I’ve never gotten to see a talkshow from the studio audience before, so I decided to watch the show from the crowd with Leah, one of MM crew’s wife, and that was pretty cool to see all the behind-the-scenes work that goes into making a talk show.

I felt a little nervous right before the guys came out, but once they started playing I could relax a bit and enjoy watching it happen. We were all geeking out because Fred Armisen was in the house band that night and we got to interact with him a few times which was great. I think he was in a bit of disbelief at how good the band was because as soon as it was over he came straight up to Todd and gave him a big hug and kept gushing about how amazing he thought they were. Such a nice guy. And does it get any better than Fred Armisen laughing at your jokes??? I think not. We just kept repeating Portlandia lines all night afterwards. 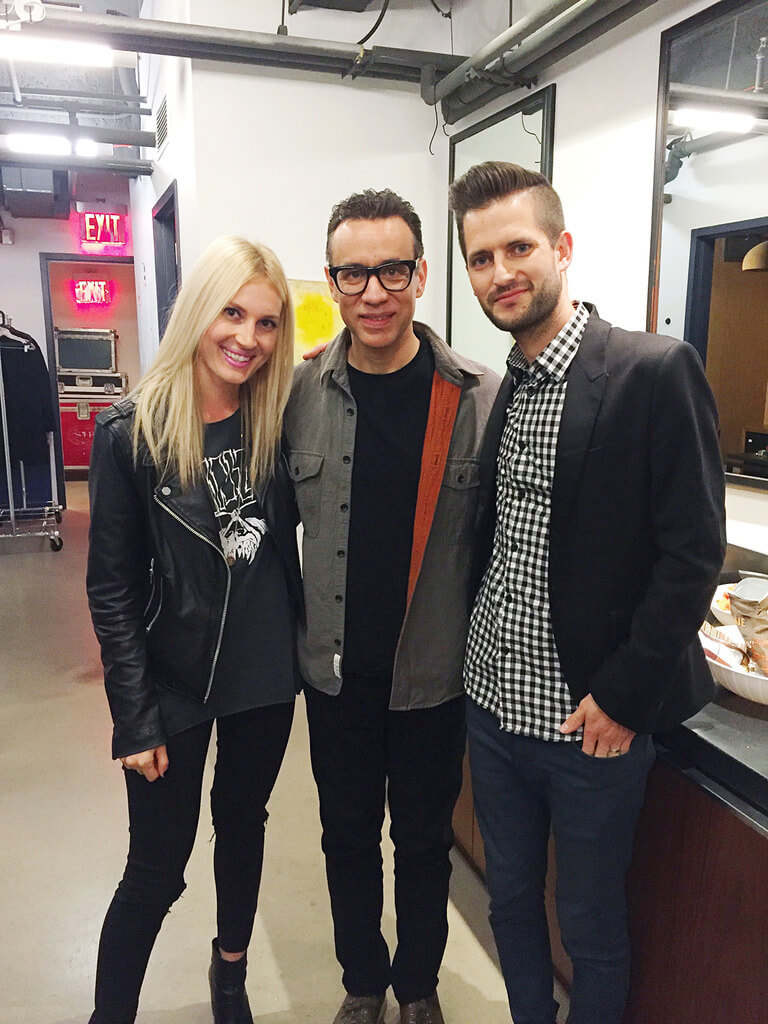 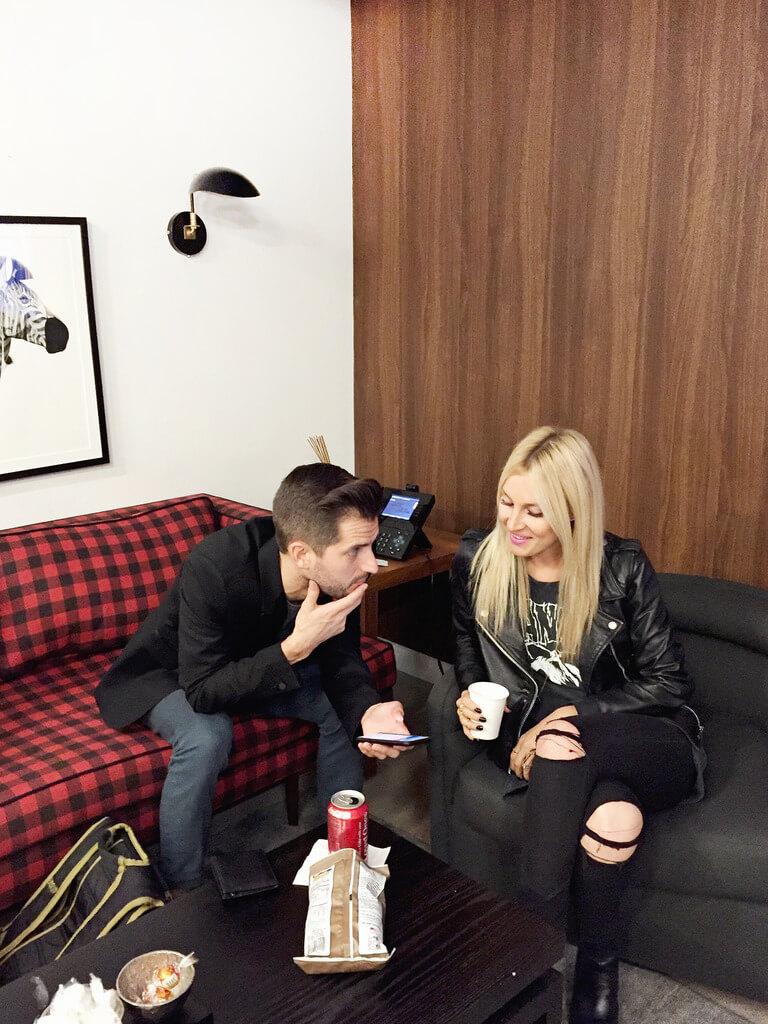 You may have seen that Liam Hemsworth was also one of the guests that night, so I’ll answer the obvious questions now. 1.) No I did not get to meet him. He did the roll-in-roll-out so fast that I think only one person in our crew caught a glimpse of him backstage. 2.) Yes, he is incredibly handsome in person (or at least from 6 rows back). I mean, dark hair, blue eyes, slightly scruffy face…it’s my type. He was way taller than I expected too. It’s probably good I didn’t get to meet him though. I would have mostly likely burst into tears then thrown up on his expensive shoes while awkwardly sobbing something about having “always been Team Gale.” Probably for the best. I did, however, find him to be very genuine and kind from the 6th row, so he probably would have handled my blubbering like a champ. 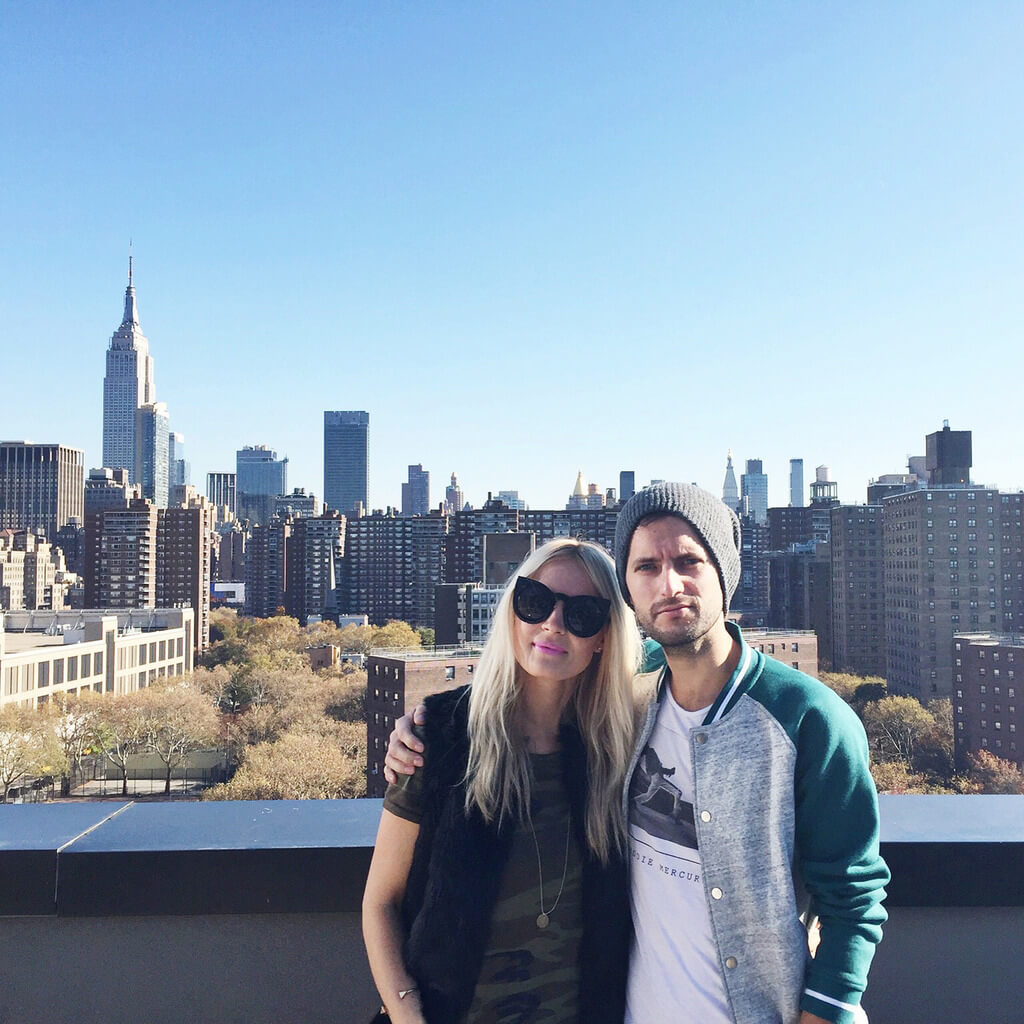 I couldn’t believe how exhausting street week was and I wasn’t even the one working at all the events! If you didn’t get a chance to see the Seth Myers show you can catch it here. Just picture me soaking it all in from the audience and wondering which snacks are still left in the greenroom…definitely a memorable trip to the Big Apple, but it feels good to be home!