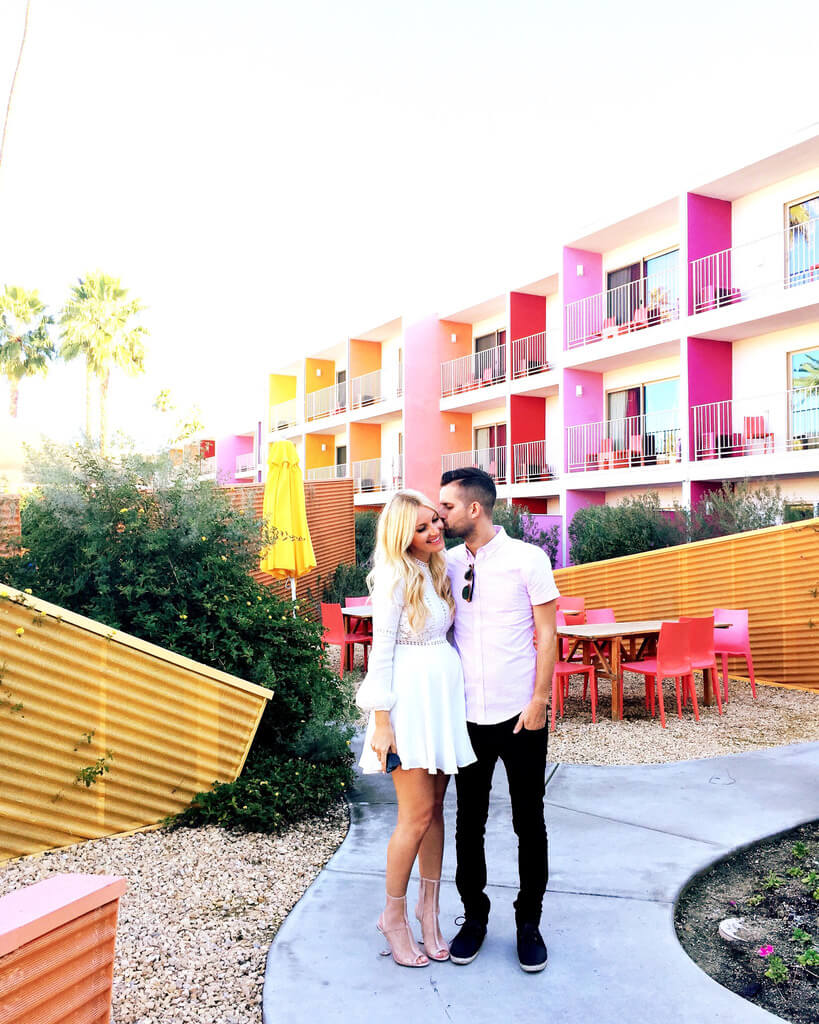 It’s not over yet! There’s still a few special spots to show you on our tour of Palm Springs. Just when you thought things couldn’t get anymore colorful… 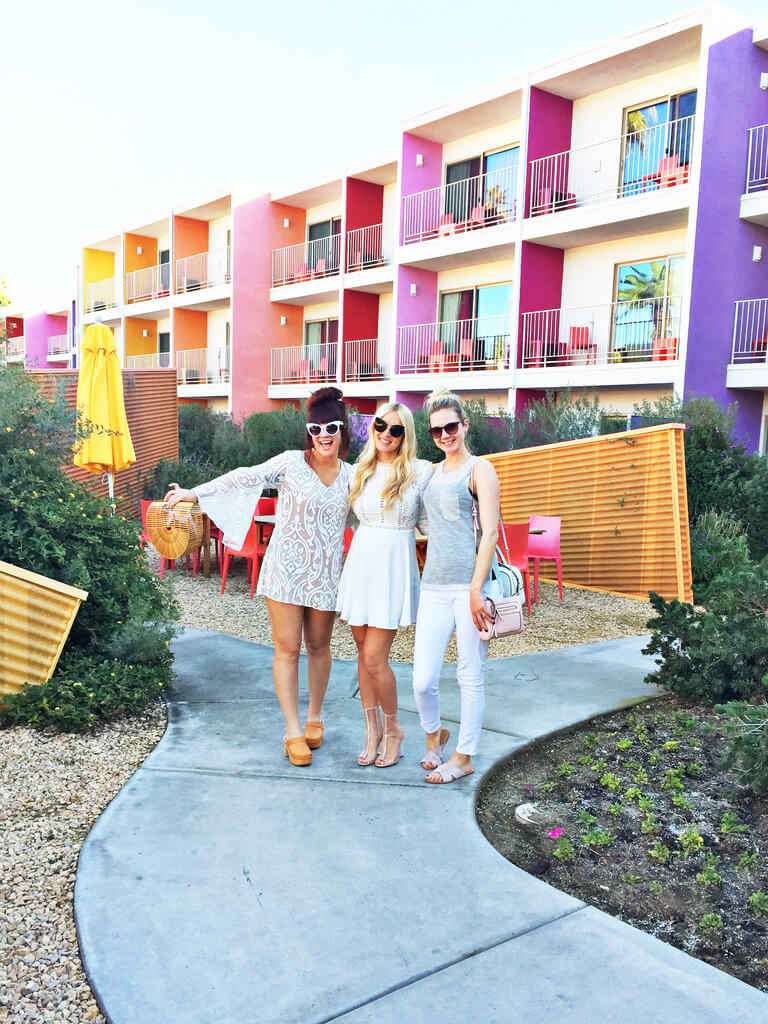 The rainbow details at the Saguaro hotel are AMAZING! We had tacos at their restaurant El Jefe twice while we were there. Get the guacamole and horchata, they are so good!

So fun to have our pals on the trip with us! This white dress was the perfect 70’s vibe with the lace details and the belled sleeves. So much of Palm Springs combines a boho woven feel with mid-century so I was glad to have one look that paid homage to that part of the city. 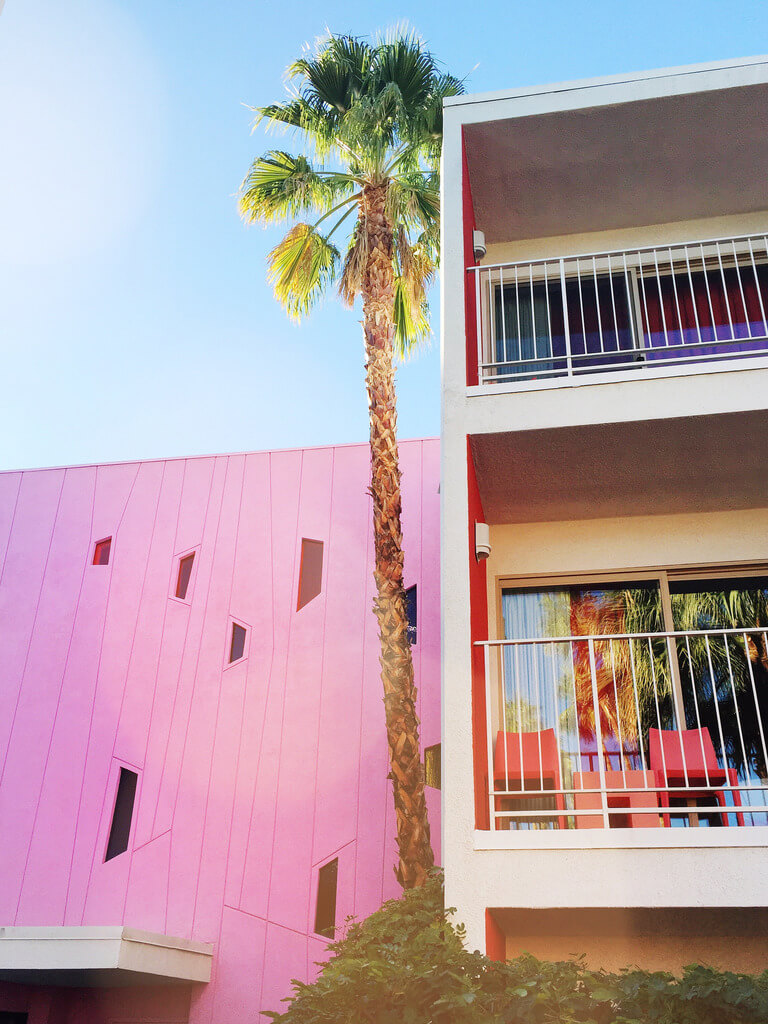 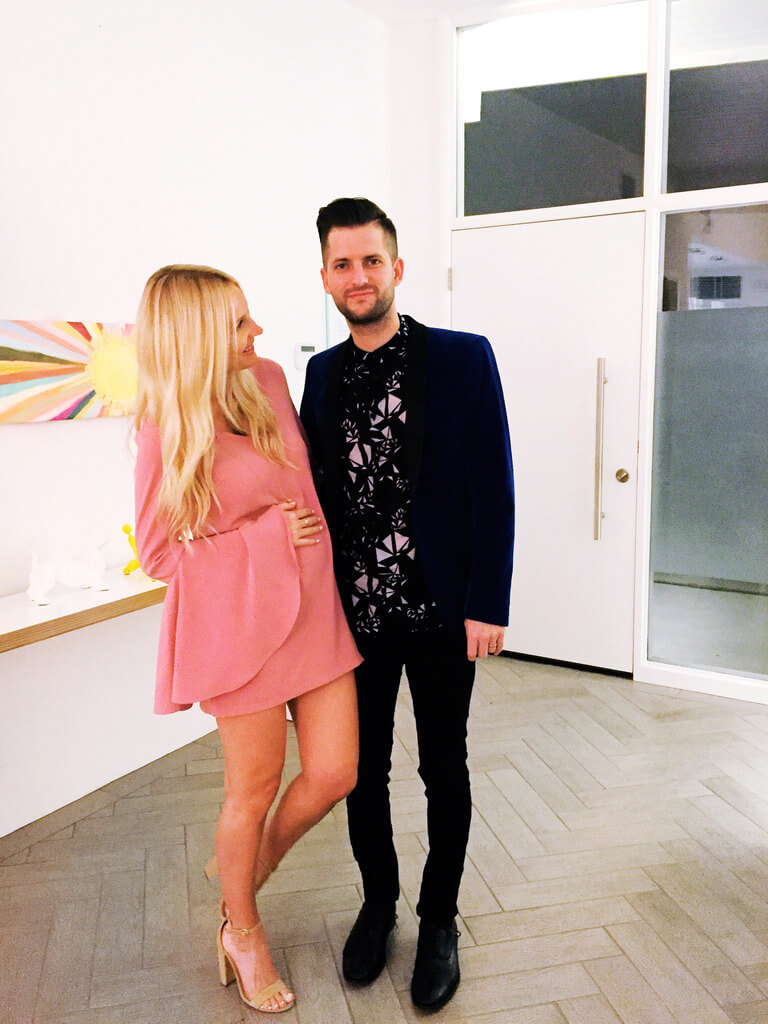 For a fancy dinner night we went to a place called Melvyn’s that Frank Sinatra used to frequent back in the day. It certainly looks like it hasn’t changed much since then (which is part of its charm) and they still do all the “fancy” table side service for different dishes. I got the Steak Diane because that was Sinatra’s favorite, and while it was a fun place to try, the food was just ok and we actually had a rather bad end to the meal due to some incredibly rude waiters so I don’t think I would go back next time…let’s just say Frank would not have stood for it, so neither did we. HA!

I had a hard time finding a fancier dress that would fit properly so thankfully Elsie let me borrow her giant sleeved pink dress for the occasion (not sure where she found it but this dress looks like the same one). The sleeves are amazing but you do have to be careful when you eat out in it, the sleeves try to get into everything! 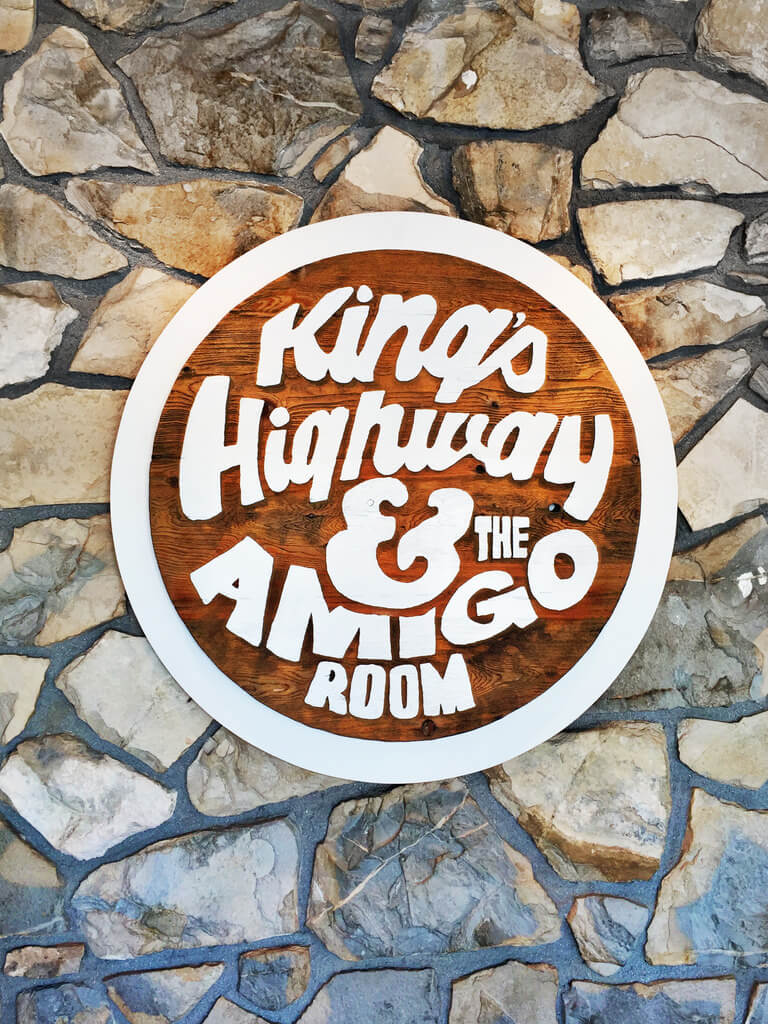 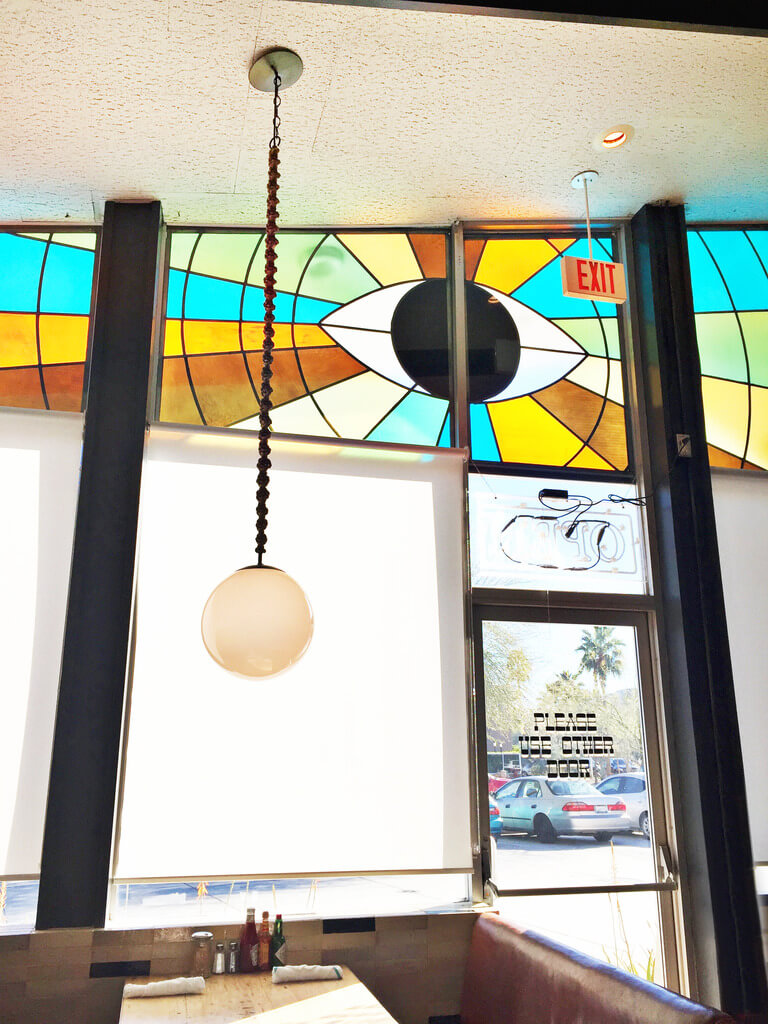 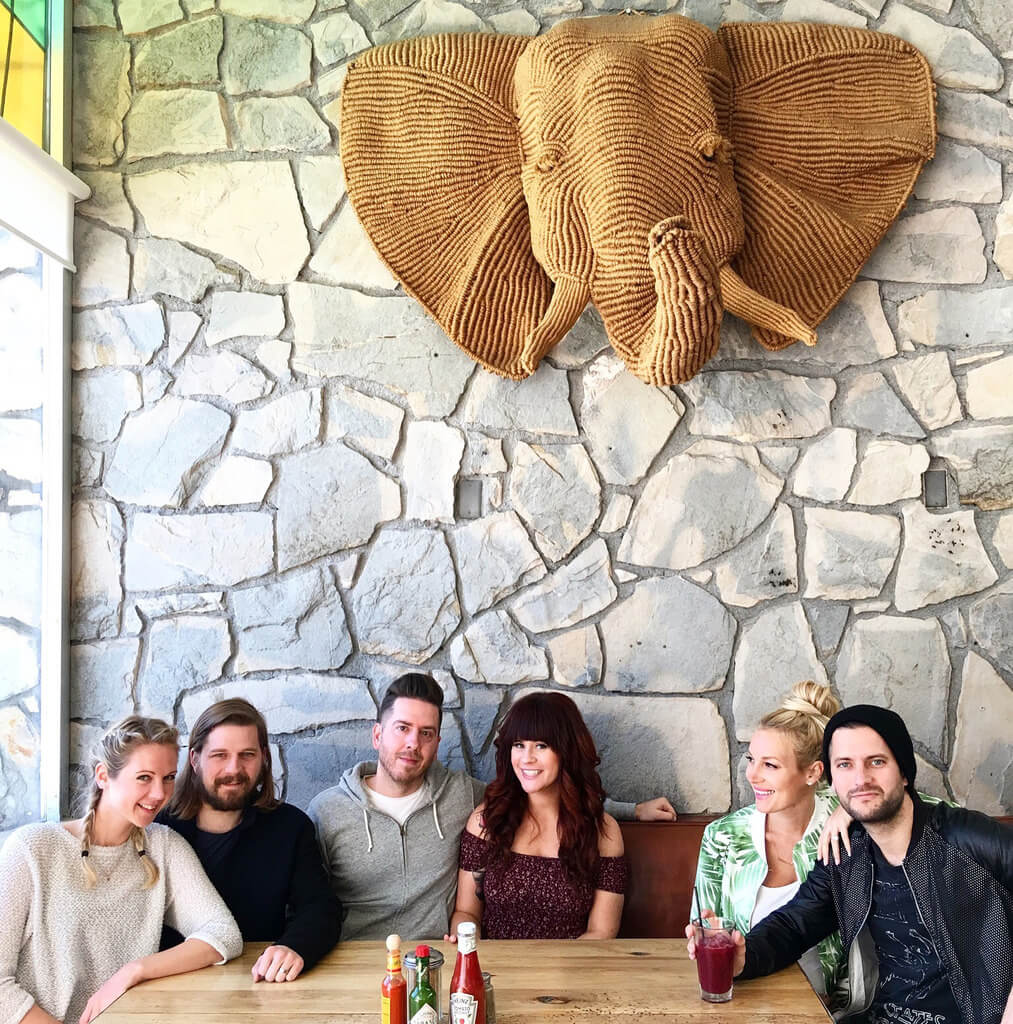 For our last brunch before we hit the road we went to King’s Highway at the Ace Hotel. It’s a great 70’s motel/diner vibe and the ricotta pancakes were incredible! I highly recommend them. We also walked around a bit and the whole grounds are really fun to roam through. They have some really great outdoor fire pit spots there as well and the hotel backs up right against the mountains so it’s a really pretty view. 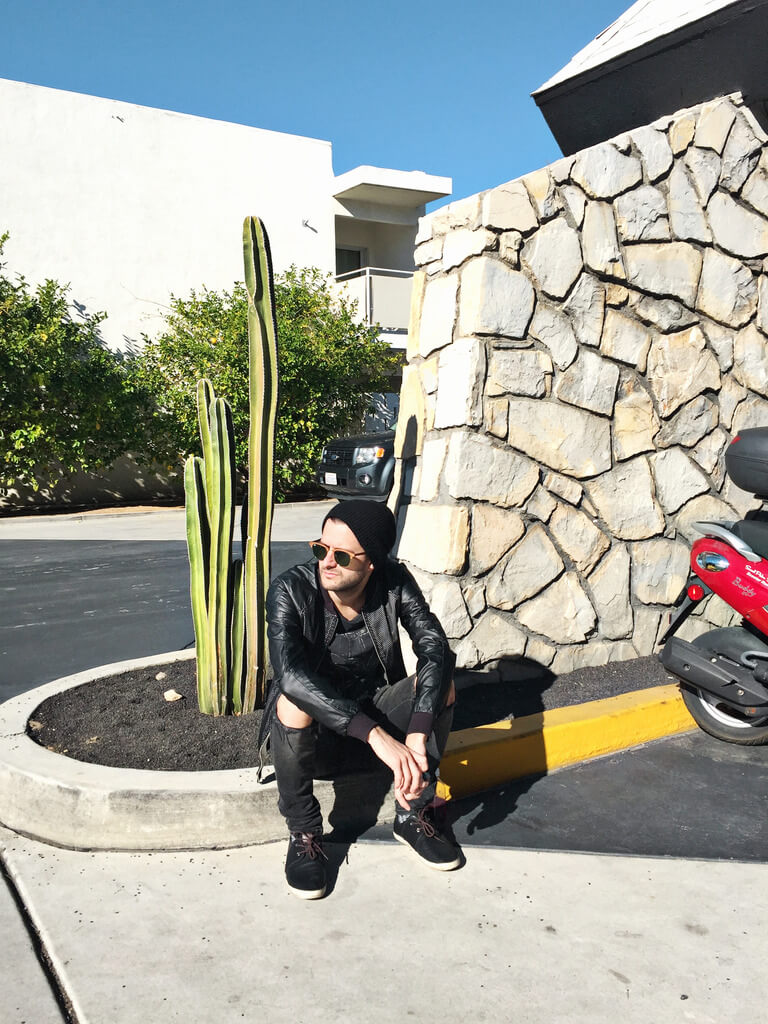 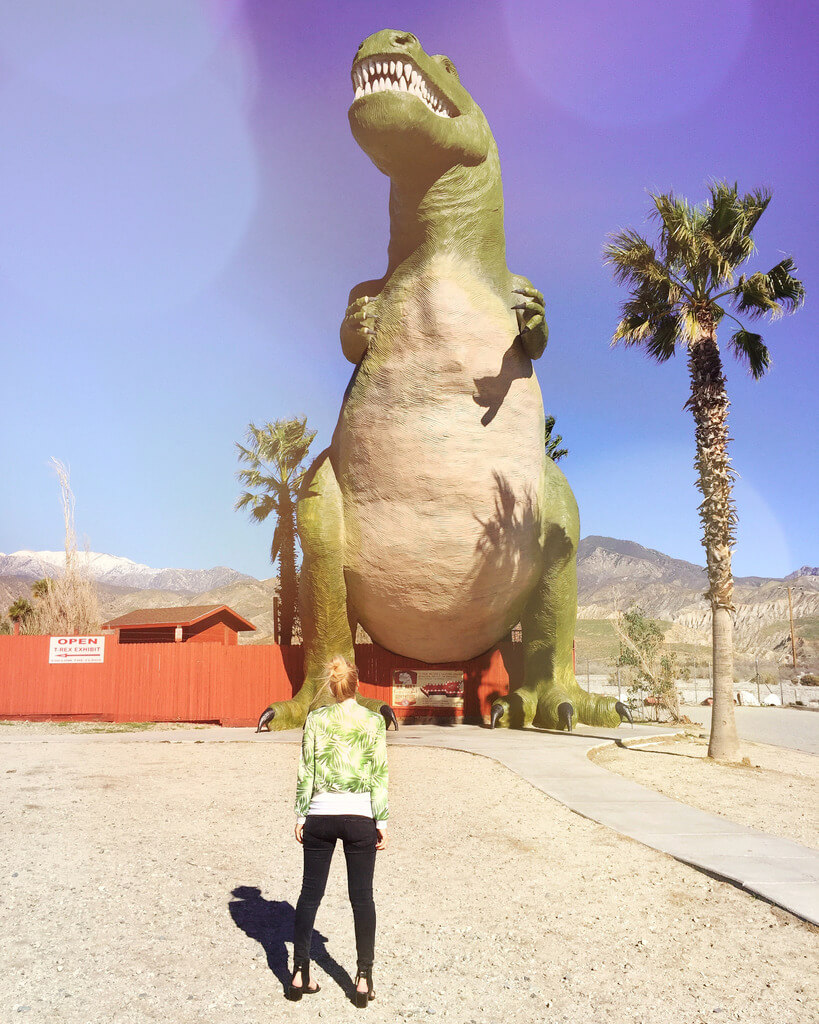 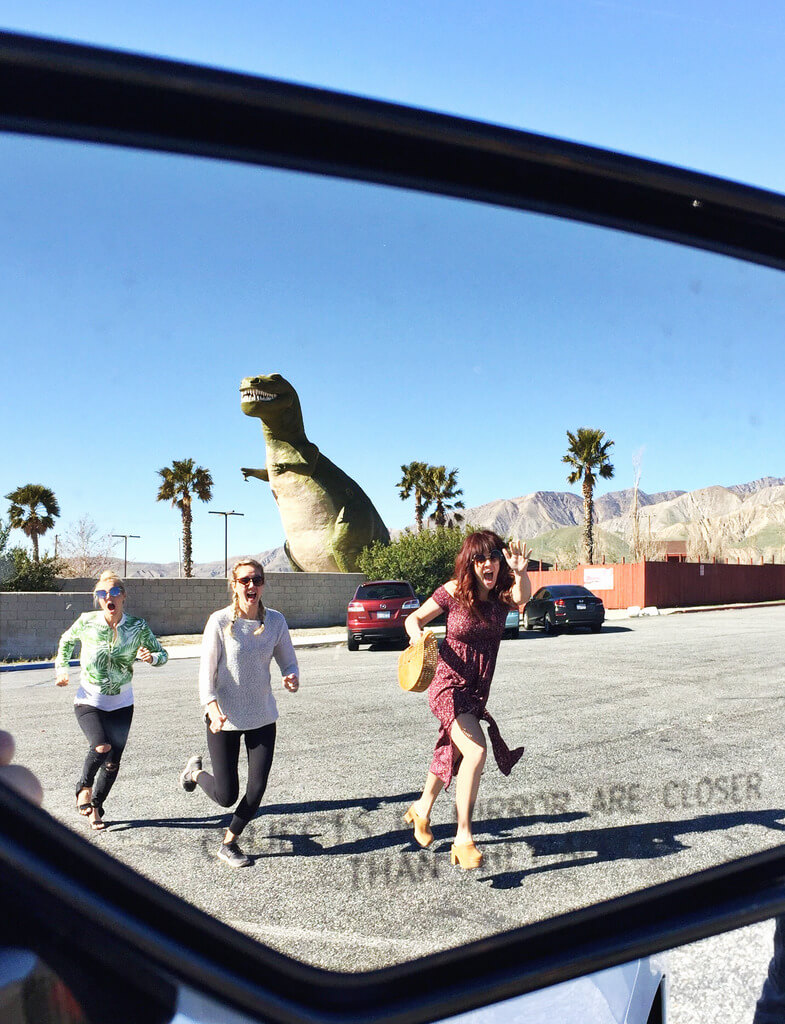 We also stopped to see the Cabazon dinosaurs on our way back to the airport (they are right off the highway). If you don’t want to pay to go up into them you can still get really close and take pictures. I have a giant photo of this T-Rex in our living room so it was really fun to see him in person! Heeey buddy! Todd got a Jurassic Park style photo of us running away from him, which turned out pretty hilarious if you ask me…preggo running = funny, but not so graceful. 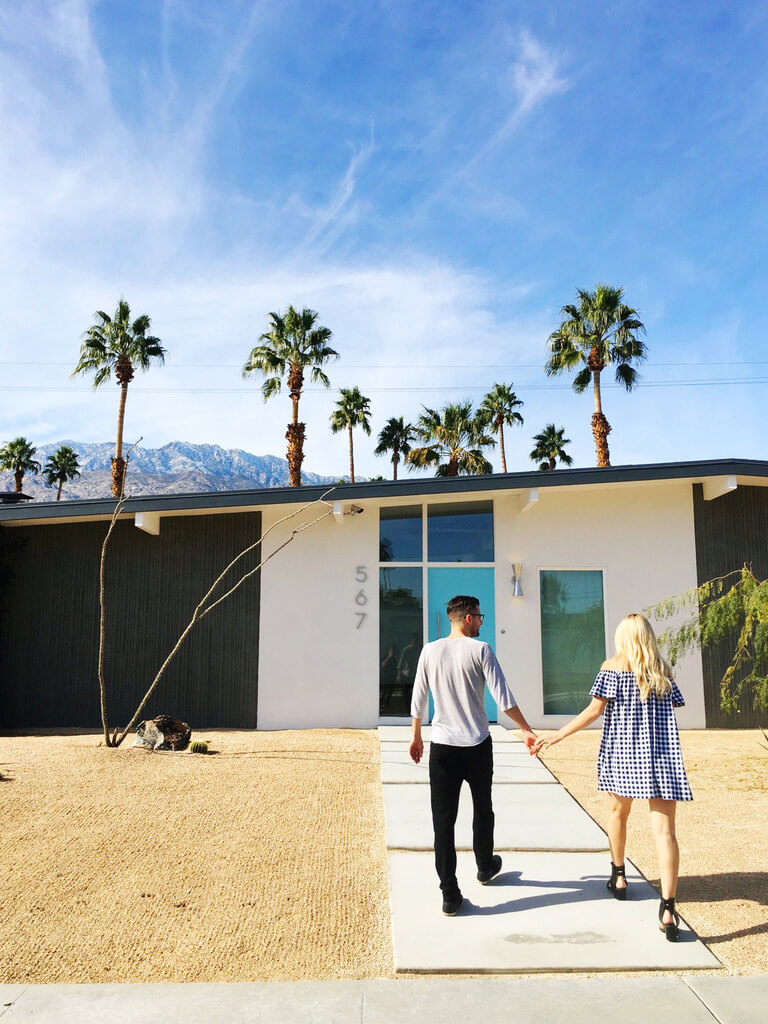 We also went to brunch place called Cheeky’s while in town and they have a cute patio with a pretty mountain view as well. They also have a salted butter waffle that I was v happy with—need to make that at home soon! We were supposed to do a solo date night just Todd and I on the last night, but we were so tired by the end of the trip that we decided to stay in and order pizza instead. He mentioned it as a joke, but I was like, “YES, PLEASE!” and I was so glad that we did. I’m pretty lazy at heart when you really get down to it…

Overall, we had such a great trip eating at new places, getting in some pool time, driving around to see some amazing houses, and just relaxing with our friends. I know it will be a lot harder to do these types of trips when Bebe gets here, but I hope we still make the effort to travel for fun from time to time—it’s so good for the soul!

There’s one very important event that I left out which I’ll share with you in another post (it deserves it’s own). Any idea what it is???