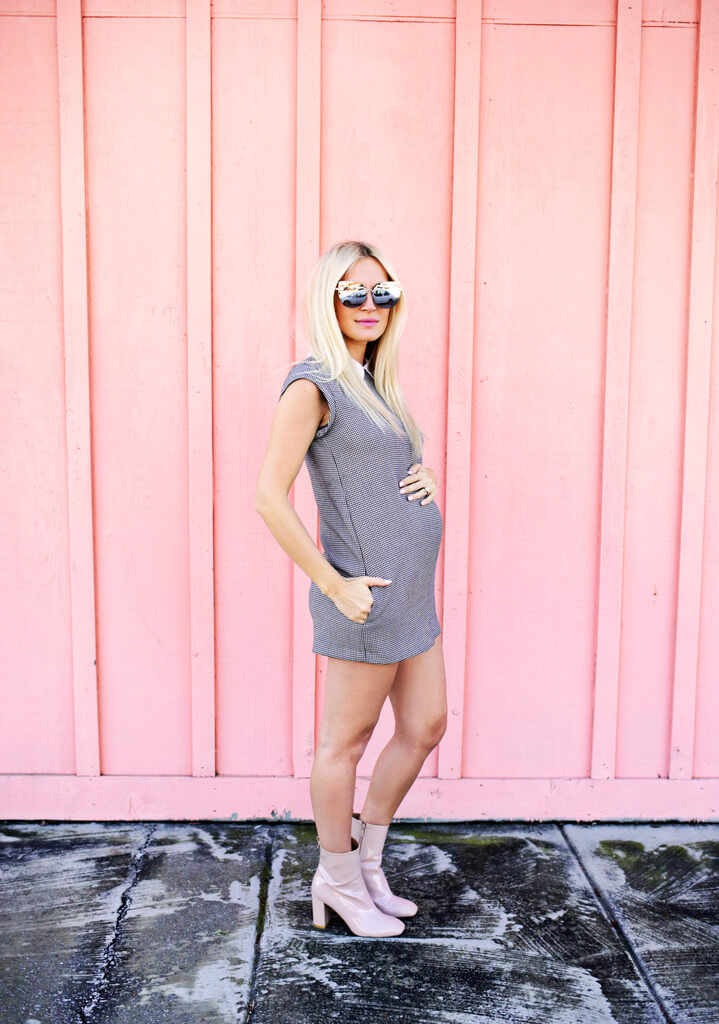 It sounds totally CRAZY to admit to myself, but I am officially in my third trimester! I know eventually you get to a point where it feels like you’ve been pregnant forever, and while I certainly have been ramping up my aches and pains, it still feels like time is flying by. This past trimester has been SO different than the first one so it’s been interesting to see what each new month brought my way… 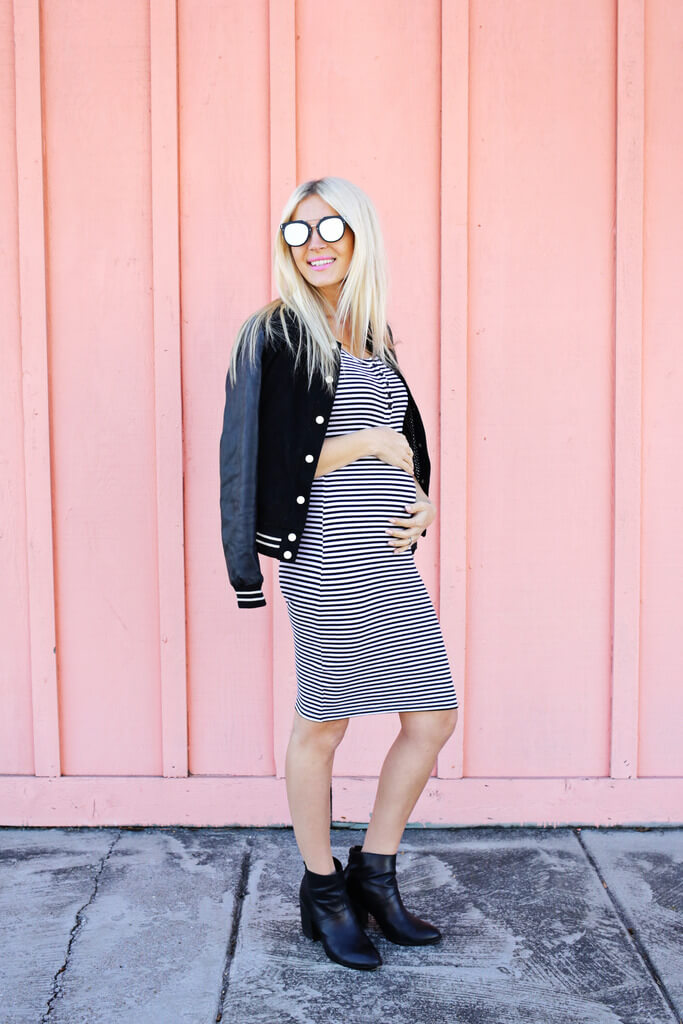 Month Four: This was the month that my first trimester severe nausea finally got kicked to the curb. After trying all the natural remedies I could find for weeks on end (to no avail), I started taking an anti-nausea medicine (Diclegis) in my third month and it was the only thing that actually made a difference for me. I didn’t feel 100% on it, but I could function enough to get through the day which had been such a struggle for the months before that. I continued taking it into my fourth month and by about 14 weeks I started feeling the best I had in a long time. Not wanting to take the medicine longer than I had to, I started to taper off the dosage a few weeks later as I was more sure the decreased nausea wasn’t just a fluke. Since the Diclegis is essentially vitamin B6 mixed with an anti-histamine, I added some B6 into my suppliment routine as I weaned off the medicine to ease the transition and it really helped a lot. I still had a return to some pukier weeks as I stepped down the Diclegis, but I noticed that if I ever forgot to take the B6 that day it was WAY worse so it seemed to make a big difference overall. 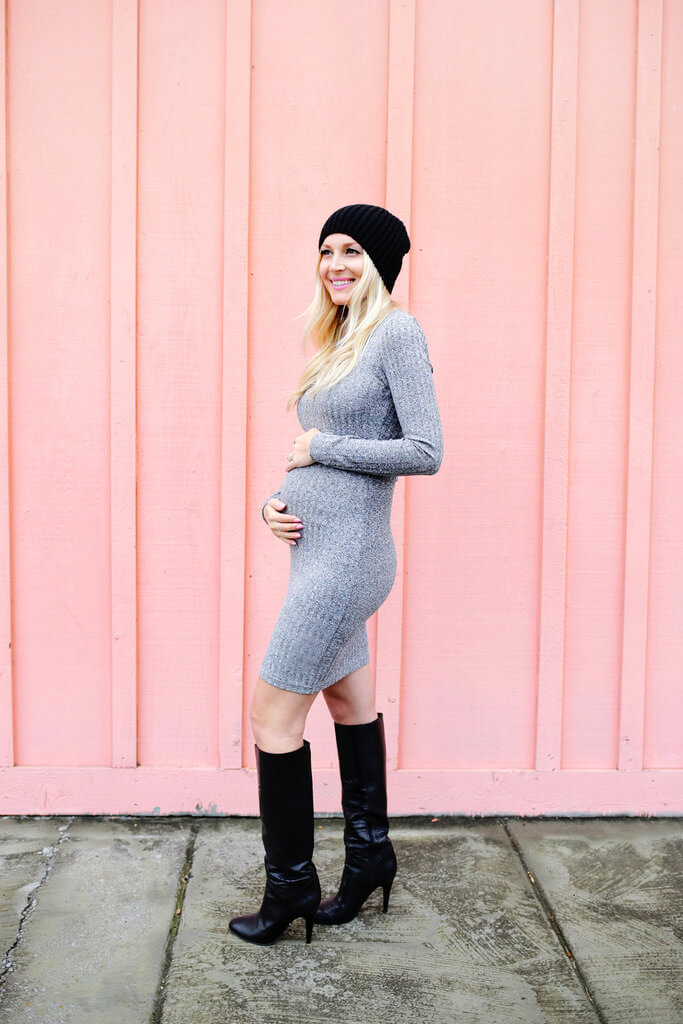 Month Five: This month had some fun moments! I was wondering when I would start to feel some kicks so I kept looking for those “flutters” you are supposed to feel before the kicks start. The butterfly feelings never came. Instead, one night around 18 weeks I was lying in bed (still dealing with 2 hours of insomnia before falling asleep most nights at that point) and I detected what felt like little “heartbeats” really low in my pelvis area. It was kind of like when you can feel the throb of your heartbeat somewhere else in your body (like when you cut your finger) and since it wasn’t fluttery at all, I wasn’t really sure what it was. Once it continued happening three nights in a row, I was much more convinced that was the real thing and I was shocked when Todd could already feel it from the outside on the third night. I guess I thought most moms can feel the small movements for weeks before anyone else can, so I couldn’t believe Todd could feel them too!

This was also the month that we had our anatomy ultrasound and found out on Christmas with my family that Bebe Gummerman is a GIRL! Well, they are 90% sure anyways. I feel like I should reserve a small part of my brain for them to be wrong on that—it happens! By the end of this month I was definitely starting to get some energy back and feel the most “normal” that I have since the pregnancy began. Some days looking down and seeing the belly would even surprise me since I felt good most of the time. I did start having some of the round ligament pain that comes with your uterus stretching so much, and while it was pretty uncomfortable when it first started, it tapered off rather quickly to small random moments rather than hours at a time. 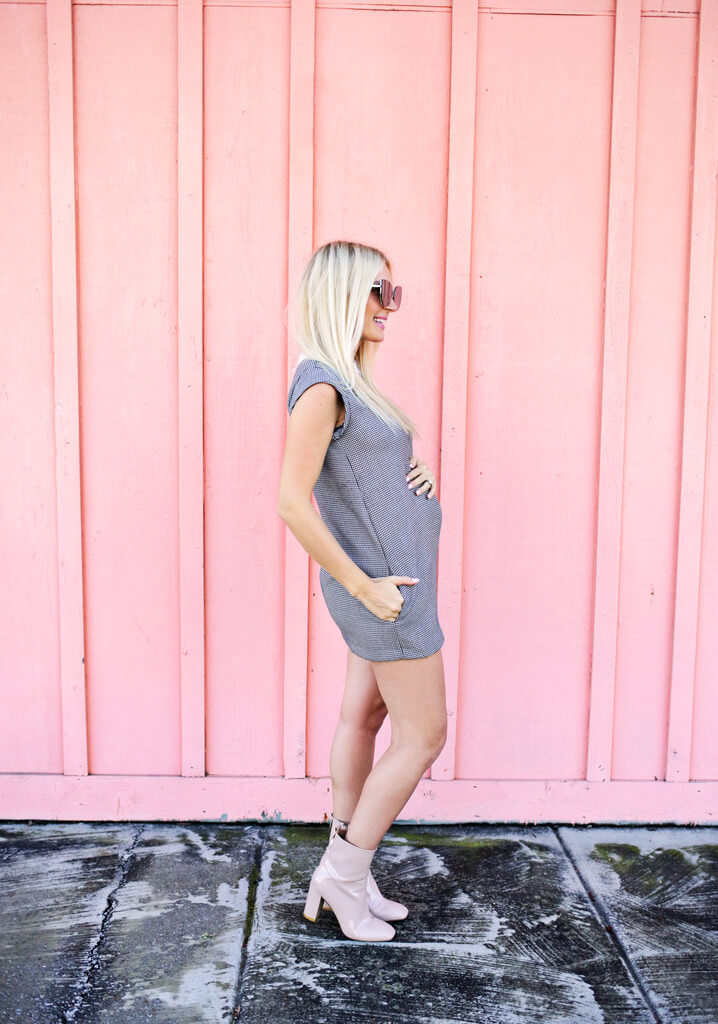 Month Six: Since I was feeling so much better and getting into the later stages of pregnancy, I started going to a prenatal yoga studio that I LOVE here in town. I’m really wanting to keep that up during the last trimester as well, and it’s become one of my favorite things that I do for myself. We also took our Babymoon to Palm Springs this month and it was so good to sit in the sun and hang out with friends. I know it was relaxing because my annoying eye twitch that I’ve had for the last 2 months went away while I was there and didn’t return for a few weeks after the trip as well. It’s definitely back now, so maybe I need another vacation? I do still keep up the B6 to keep the nausea at bay, and while the trouble falling asleep at night is so much better, my sleep during the night gets more and more restless with being hot, uncomfortable, having to pee, etc. I know that will probably only get worse and a lot of people think it prepares you for the baby, but I’m definitely treasuring those daytime naps when I can fit one in! Also, the low back pain just kicked in the last 2 weeks so I’ve been trying chiropractor, yoga, back braces, heating pads, foam rollers, birth balls…just about everything I can think of. Some days it’s not so bad but I’ve also had some moments of literally limping around the house because the pain is so sharp—OUCH! Baby has also started moving a lot more and I swear she’s doing tae bo in there some days. Oh, and baby hiccups now too!? How cute!

Side note, apparently I started growing sideburns of long peach fuzz on the sides of my face?? Had to get a lady face shaver for that. But my leg hair has almost stopped growing and has become really fine so I think it all transferred from there. GOOD GRIEF!

Anyways, like most pregnancies (I assume) there haven been lots of sweet moments mixed in with weird/painful things as well. I’ve been starting on some nursery projects so that’s been exciting and I’ll share my vision for that room soon! Onto the third trimester my friends!!

15 thoughts on “Month By Month: The Second Trimester!”