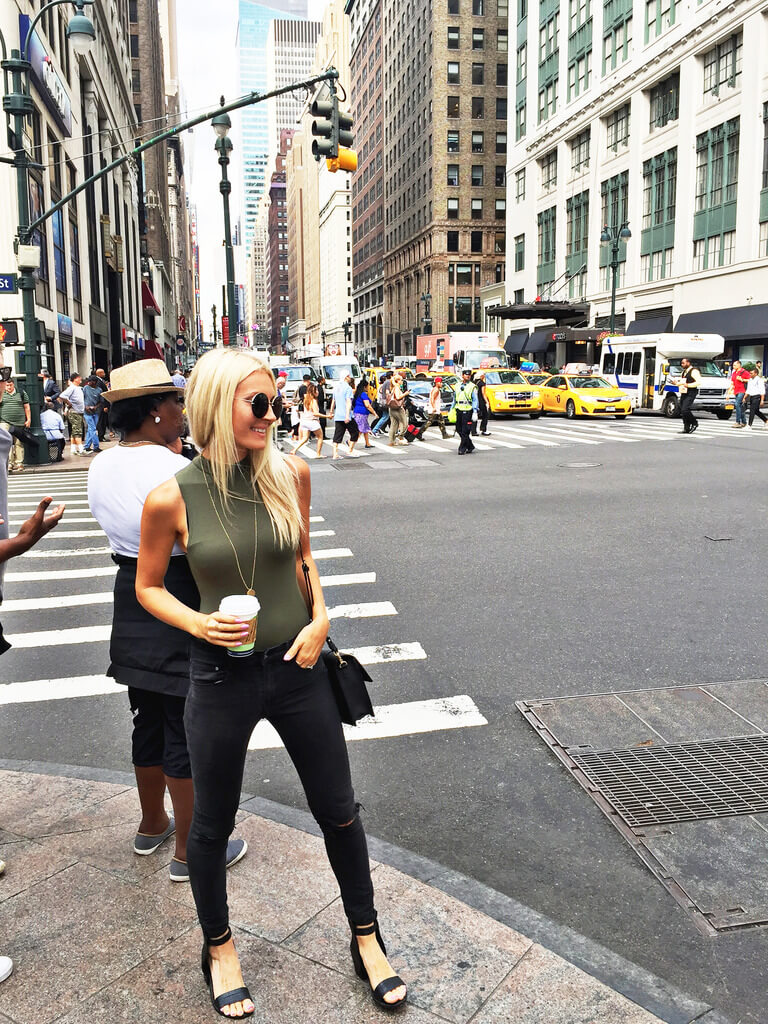 Hallelujah!! I thought it may never come but we finally reached the end of the MUTEMATH summer tour season. After 46 shows the buses rolled into Nashville for a show and a quick rest before heading up to New York for back to back nights at Madison Square Garden. Since I didn’t get a chance to go to one of the other coolest venues of the tour, Red Rocks in CO, and because I was obviously pretty desperate for some quality Todd time at this point, I decided to come along for the trip and soak up as much of the city as I could in just 2 days. We were here with the band back in November for the release of their record and a Seth Myers taping, but the schedule was so full we didn’t really get to do anything off the schedule and this time seemed like a chance to get out in the city a bit more. 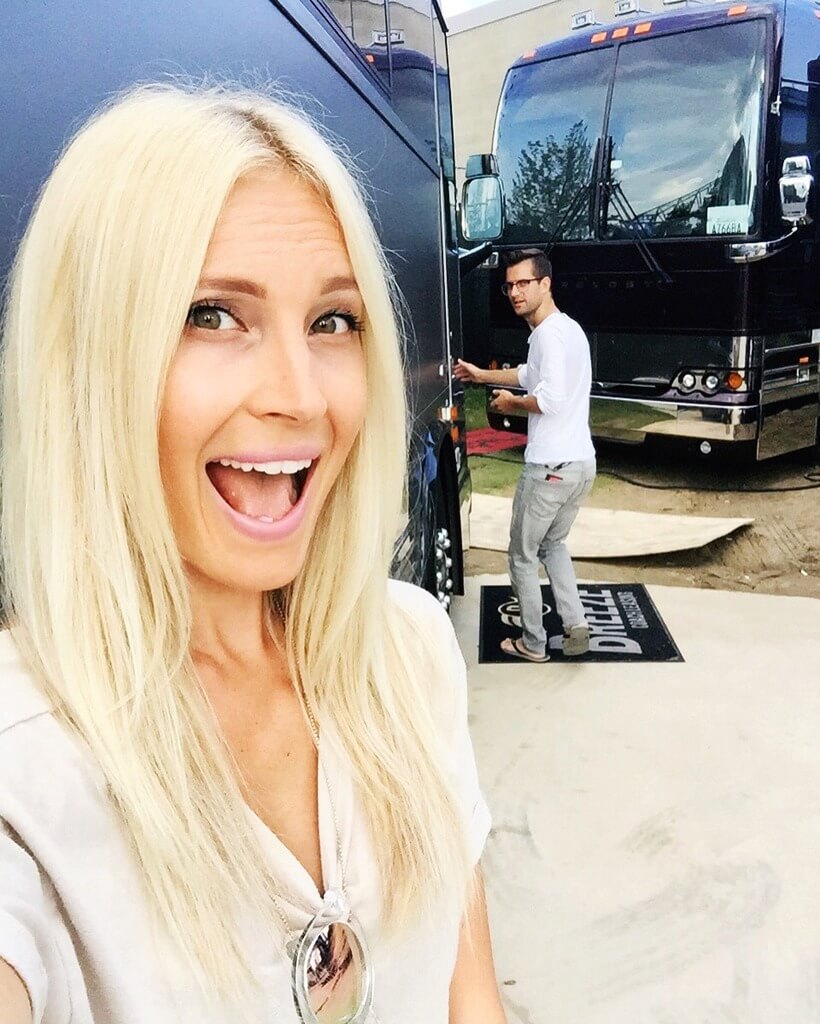 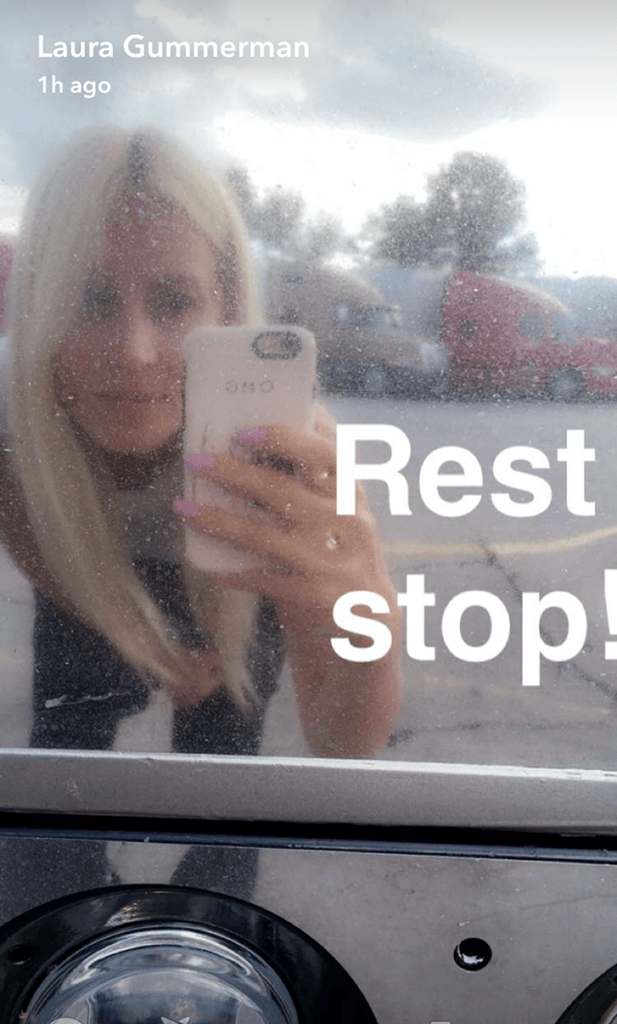 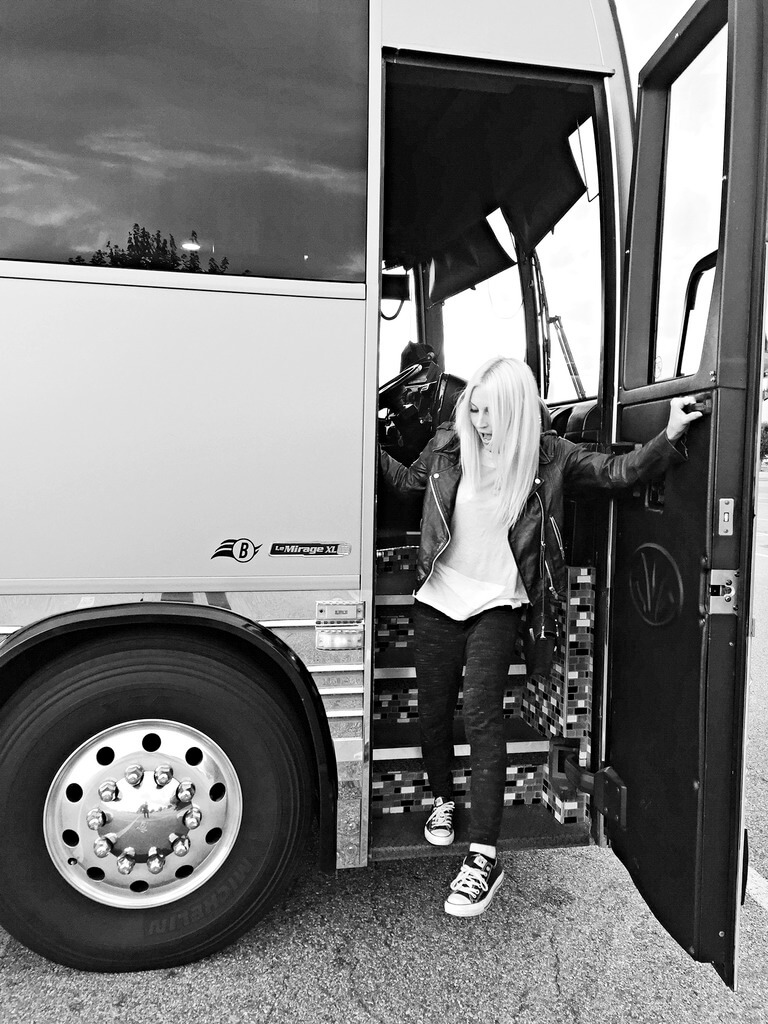 Traveling on the bus is generally a little easier than this trip because I’m usually sleeping while the bus is rolling on to the next location at night, but since we were driving during the day this trip I got to discover how incredibly terrible my balance apparently is. I mean, it’s not that easy to walk around, use the bathroom, make food, etc. while the whole room is swaying back and forth (especially in the area where the bunks are because it’s completely dark in there). I had to crawl on my hands and knees to the bunk one night because I thought I was going to fall into someone else’s on the way if I didn’t! 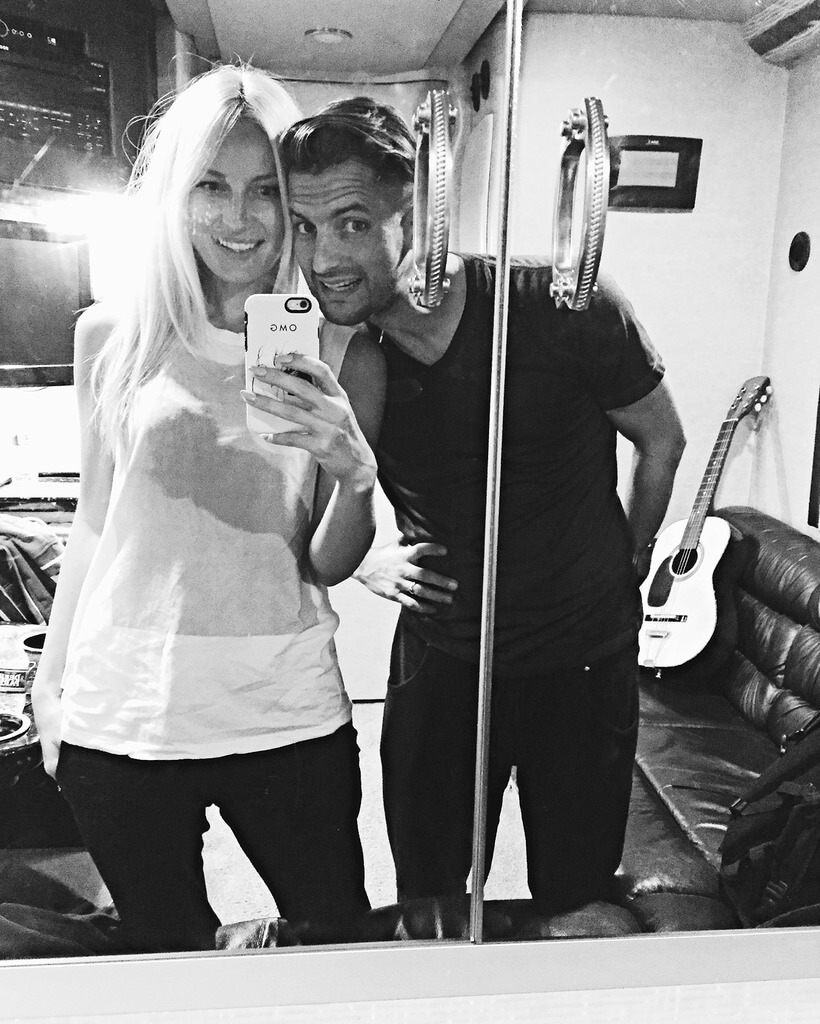 Anyways, we made good use of our time on the way up by watching the entire season of Stranger Things in the back lounge. A little dark and creepy for sure, but I’m the worst at being a scaredy cat and it was totally worth it. Just maybe don’t watch it alone at night. Always with a friend. 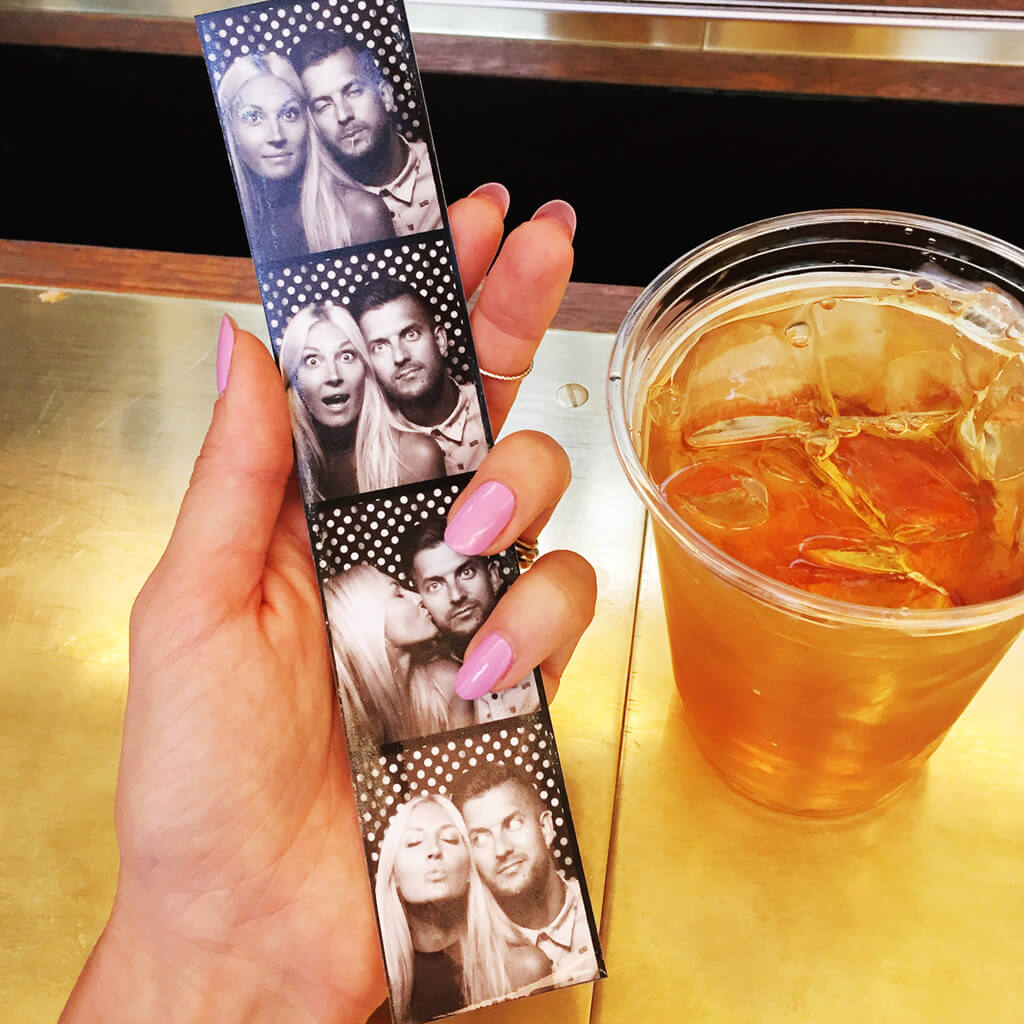 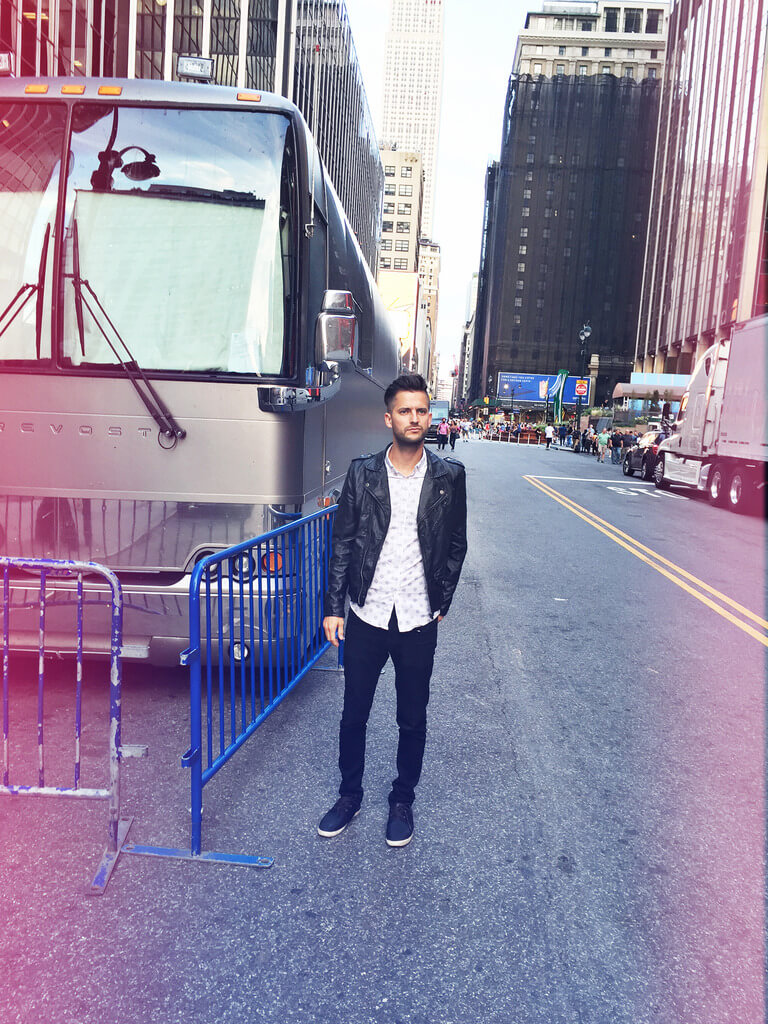 Our first day in New York had a bit of rain, but it passed on through and gave us plenty of time to go shopping at a few stores near the Empire State building (ZARA!!) and we checked out the Ace Hotel nearby that has a really cute old-timey photo booth and a Stumptown coffee at the front of the building. Can’t resist a photo booth on a trip! 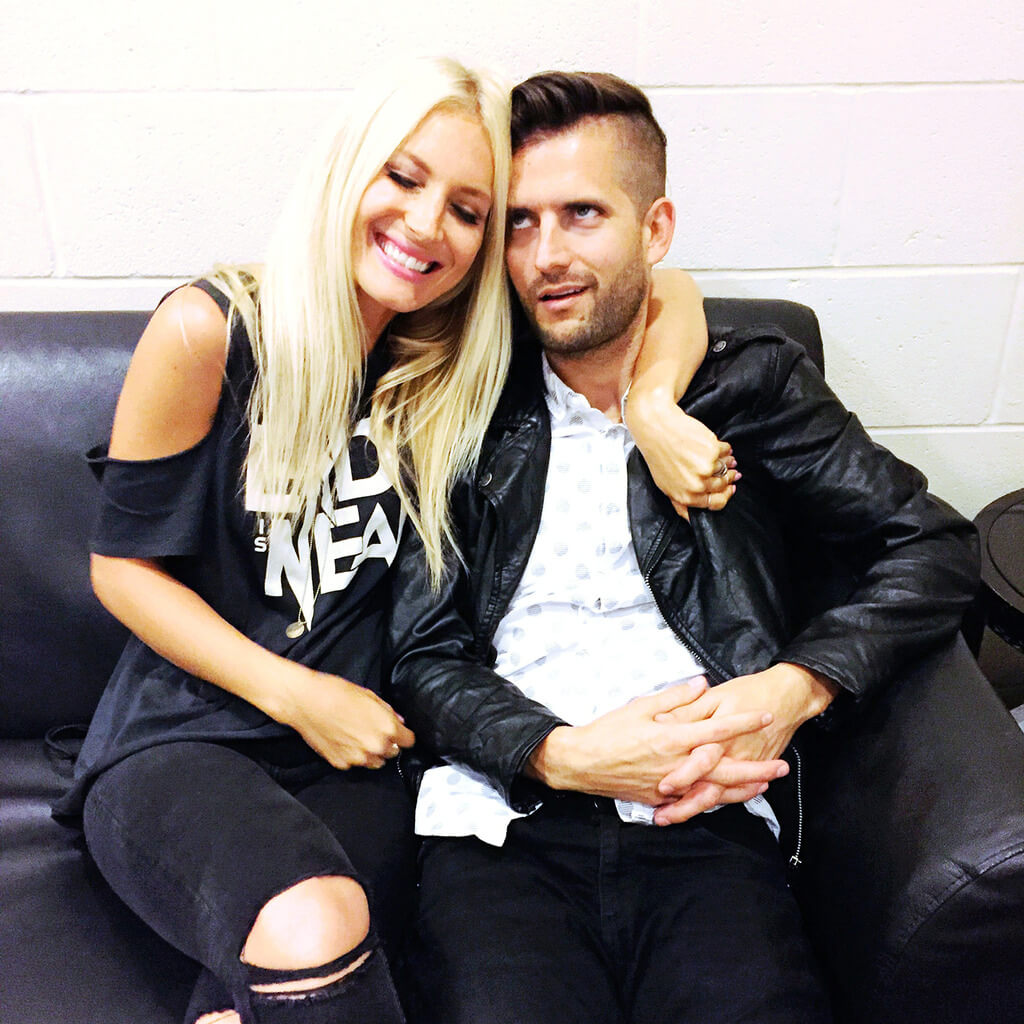 The show that night was really exciting since it was the first time that Todd has gotten to play MSG so I was really happy to be there and see him play a venue that’s a pretty big milestone for a lot of people. You can tell above he really appreciated my presence and would be lost without my support. 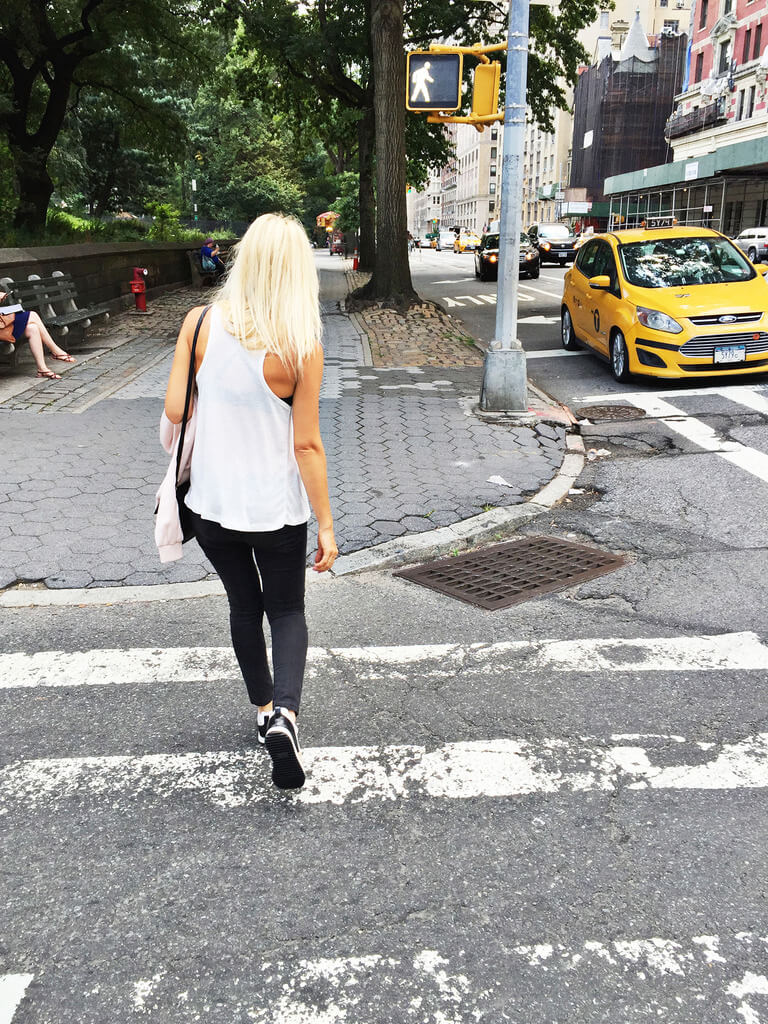 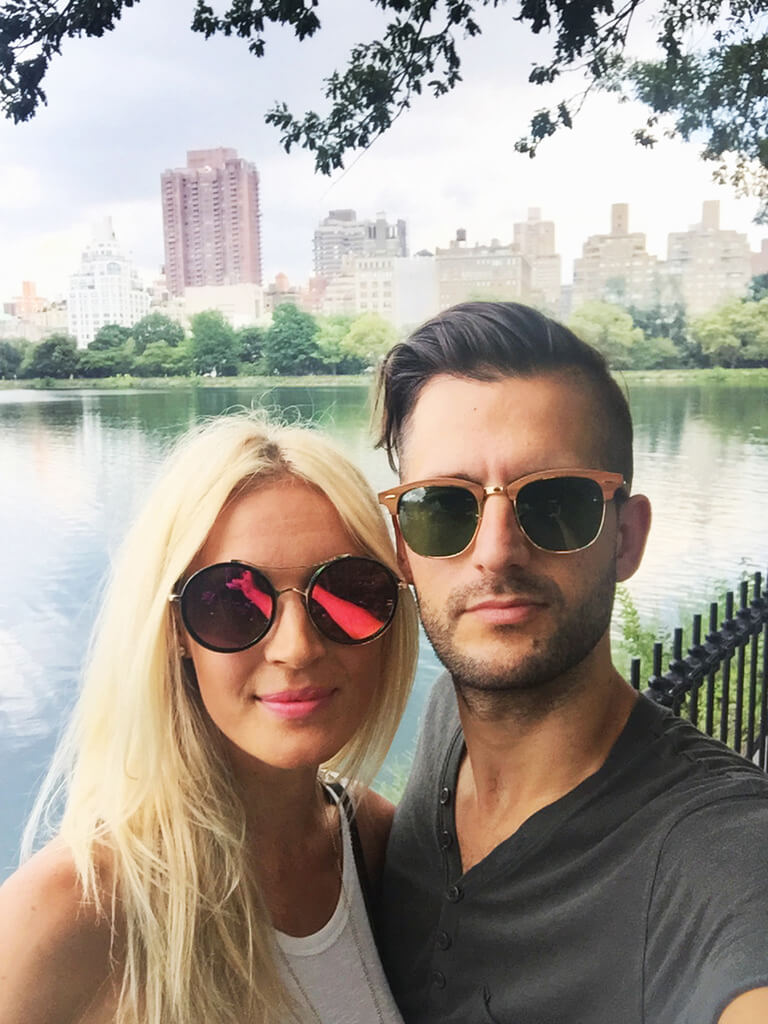 The next day we decided to take the subway and walk through a bit of Central Park to get to the Metropolitan Museum of Art which I’ve never gotten to go to before. I was an art major in college and my Mom was an art teacher so I’ll go to just about any art museum I can get to. Except for some modern art museams…I’ve been to a few of those that just didn’t do anything for me. Even through all my art history classes I’ve always preferred artistic technique to more concept art, but that’s a debate for another time. Like most museum experiences, I spent the most time in the European Impressionist wing but I also love to see all the giant portrait paintings that rich people commissioned. How they paint all that delicate floppy lace and velvet and taffeta fabric is so beyond my comprehension!! 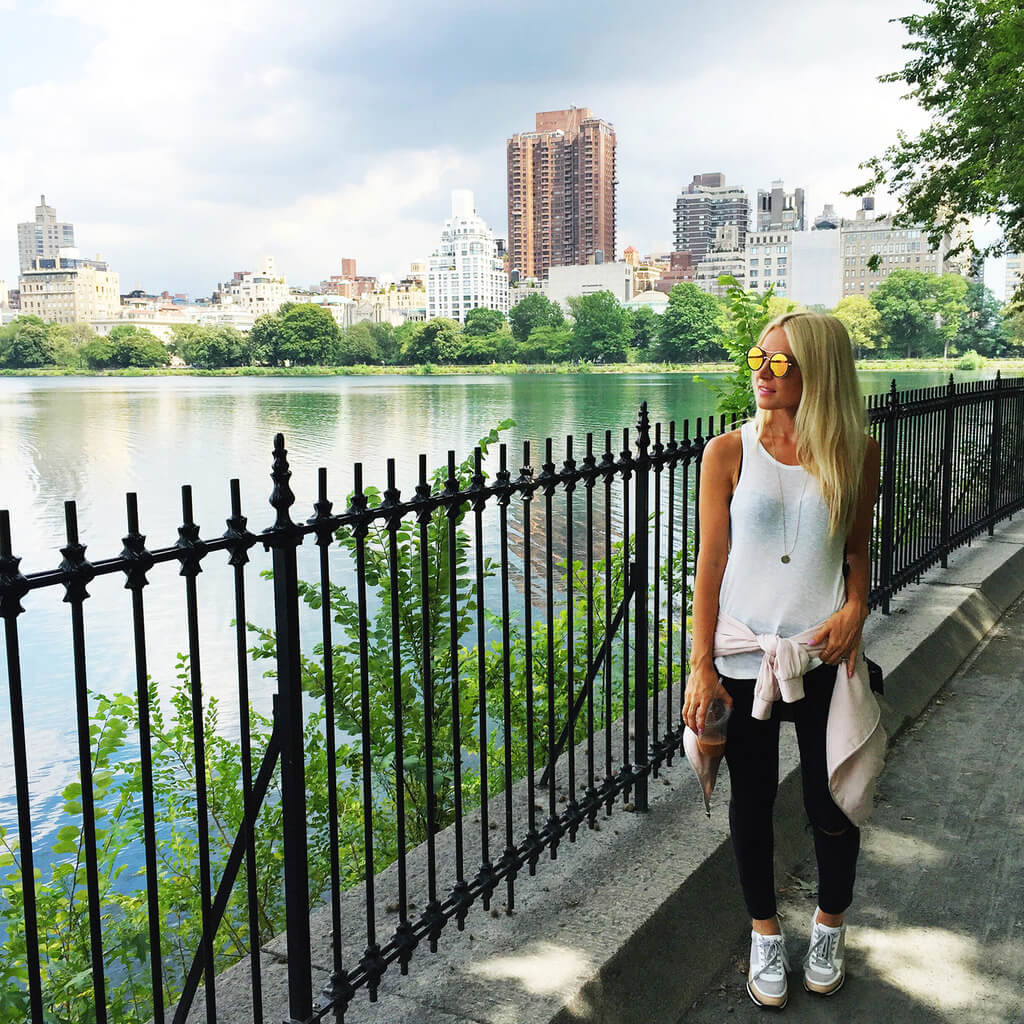 Since our mini stroll through Central Park on the way to the Met was so pretty we decided to walk the entire length of the park on the way back and just Uber back to the bus once we got to the other side. Even though Todd has been to NYC a lot more than I have, he’s never been to the park either and we were both so impressed with the area. It was such a pretty and peaceful place to spend an afternoon although I also couldn’t stop thinking about all the Law & Order SVU episodes that take place there as well. I kept half expecting Ice Tea to pop up from behind a rock, but he never did… 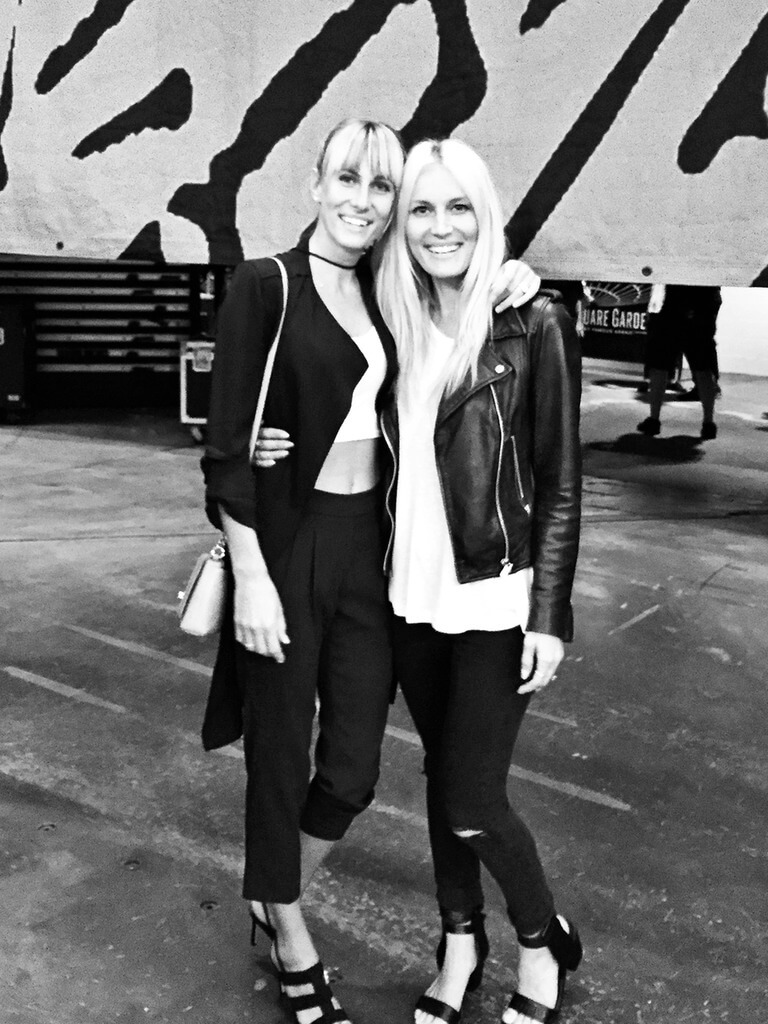 One of the best parts of touring with other bands is that the guys get to make new friends over the season, but so do us wives as well! I got to know Jenna and Caroline of the Twenty-One Pilots gang a little bit this summer and they are both so sweet and contributed to some much needed girl chats along the way! They are just too cute! 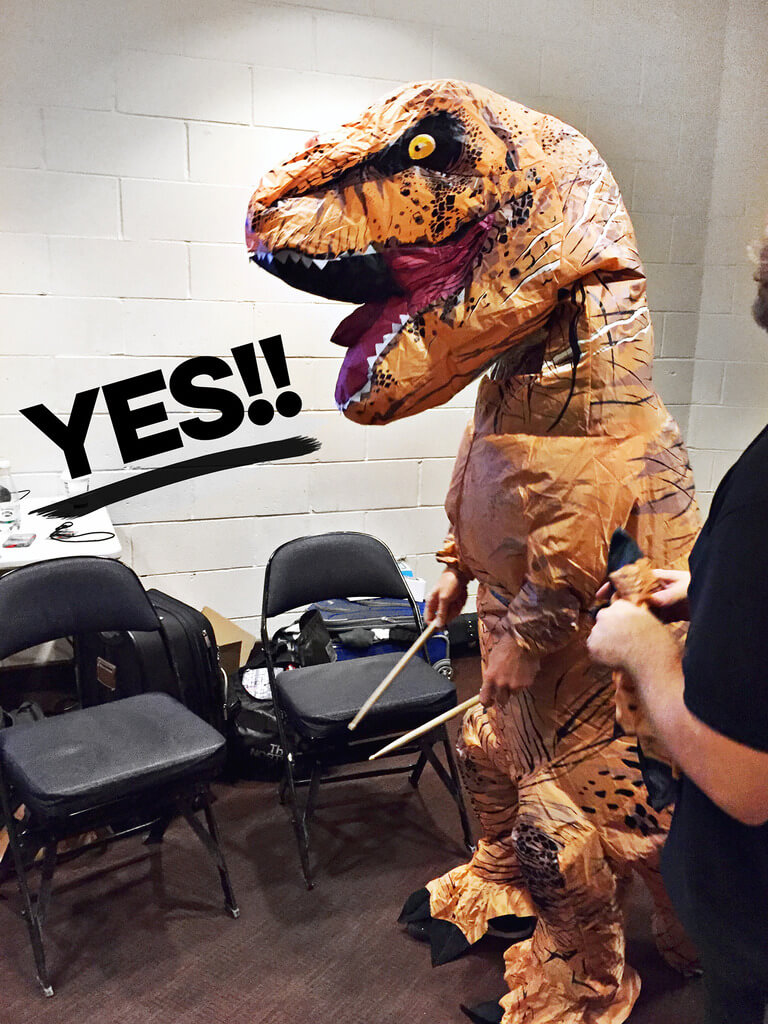 In case you didn’t know, the last night of tour is generally the “prank night” of the tour since it’s the last time everyone will be together. Darren (the MUTEMATH drummer) got this amazing dinosaur costume to wear during a segment of the Twenty-One Pilots show where the opening bands come out and play cover songs with the TOP guys, and he was somehow not only able to dance in the costume, but perform all his drumming duties as well. YES!!

The last show was a little sad in some ways to say goodbye (or at least “see you later”) to some people that we like, but after 49 shows in 2 1/2 months, well, everyone is ready for a break!! 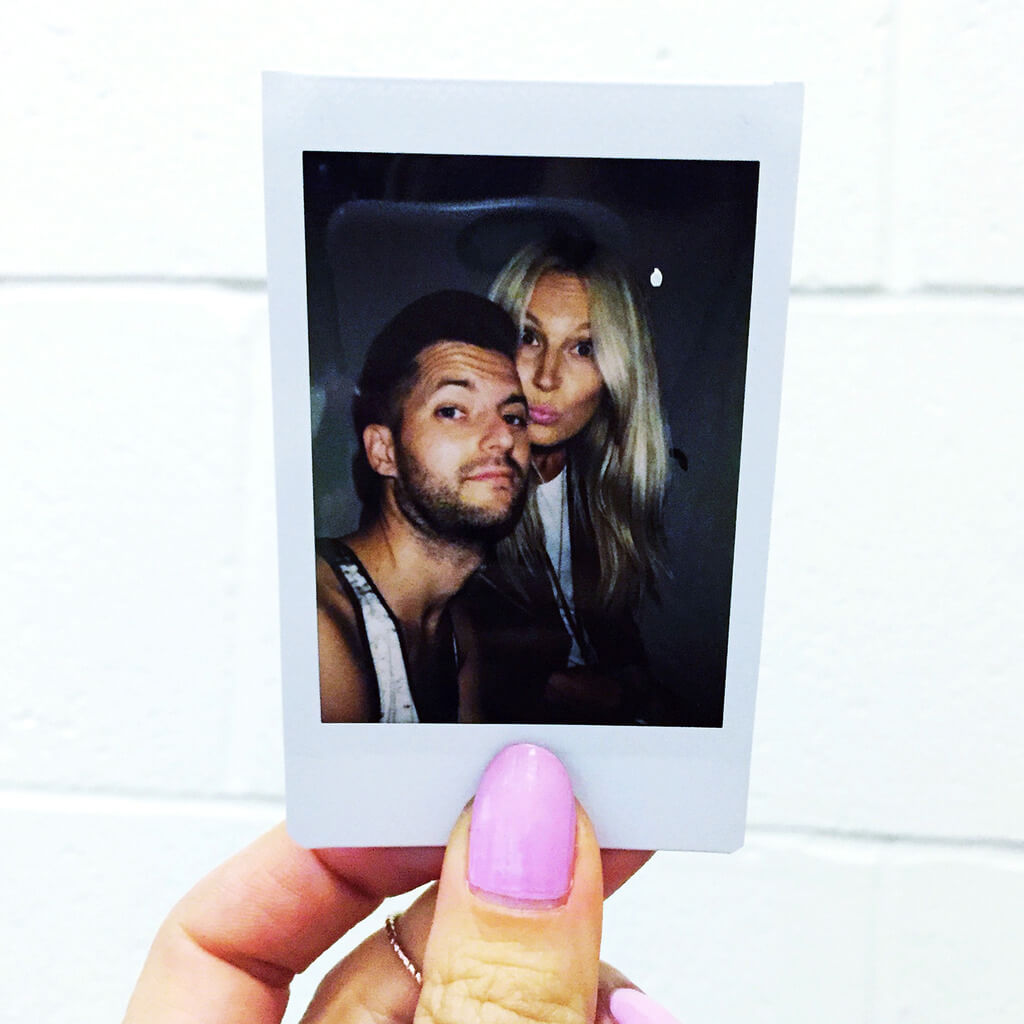 Overall, it was a relatively short trip but one that I was definitely glad to be a part of. Now we get to ease back into “normal” life for a bit and remember what it’s like to live together again (always an adjustment, amiright??). After all the time we’ve spent apart this summer, normal never sounded so good!

9 thoughts on “Hooray! The Summer Tour Ends in New York”