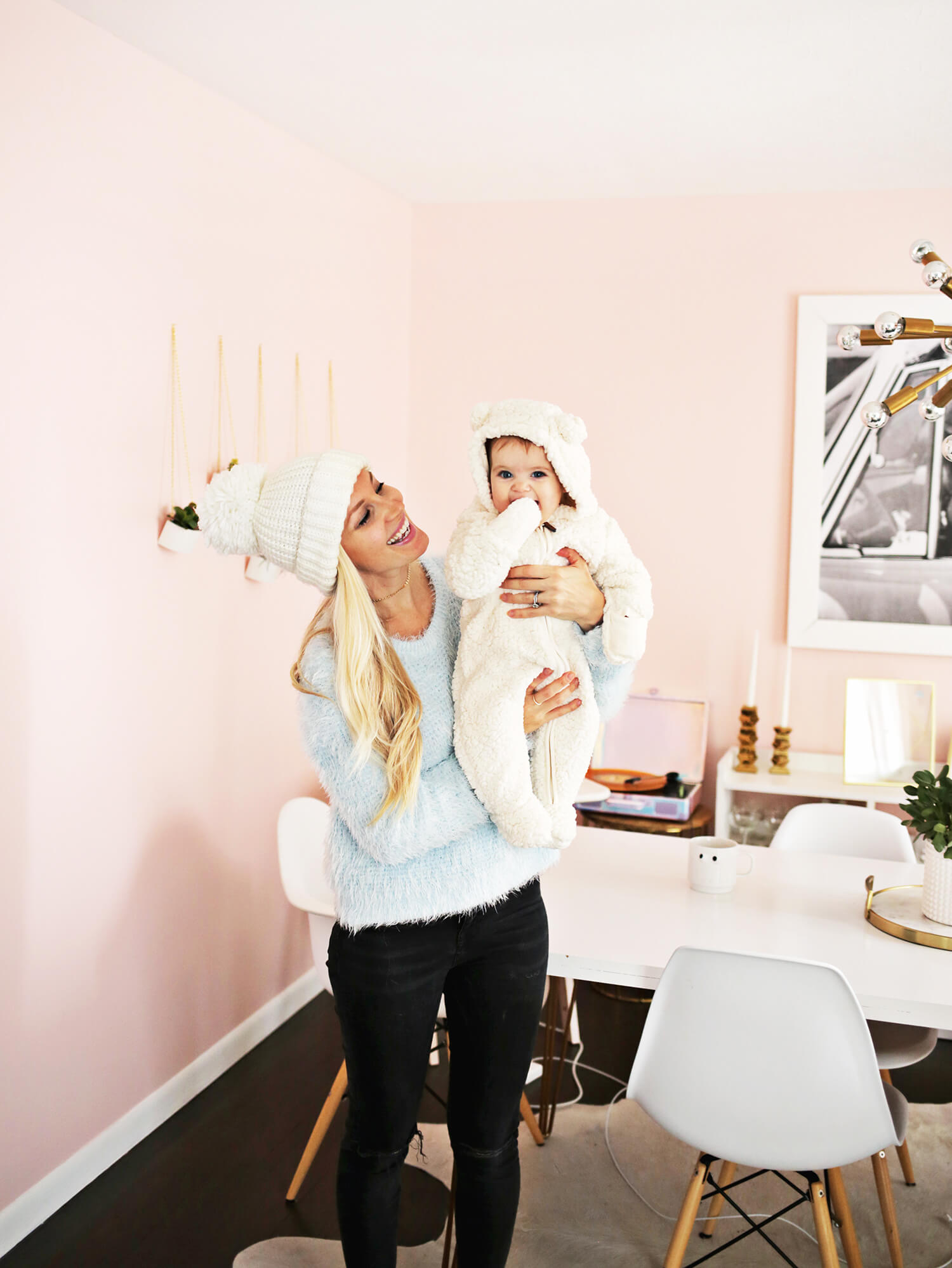 Welp, 2018 has been quite a year so far!! We started off with a few nice snow days where we got to enjoy the falling snow and take Lola out in it for her first snow experience. I wasn’t sure we would have an opportunity to use a baby snowsuit type of deal, but I was certainly glad we had it that day! 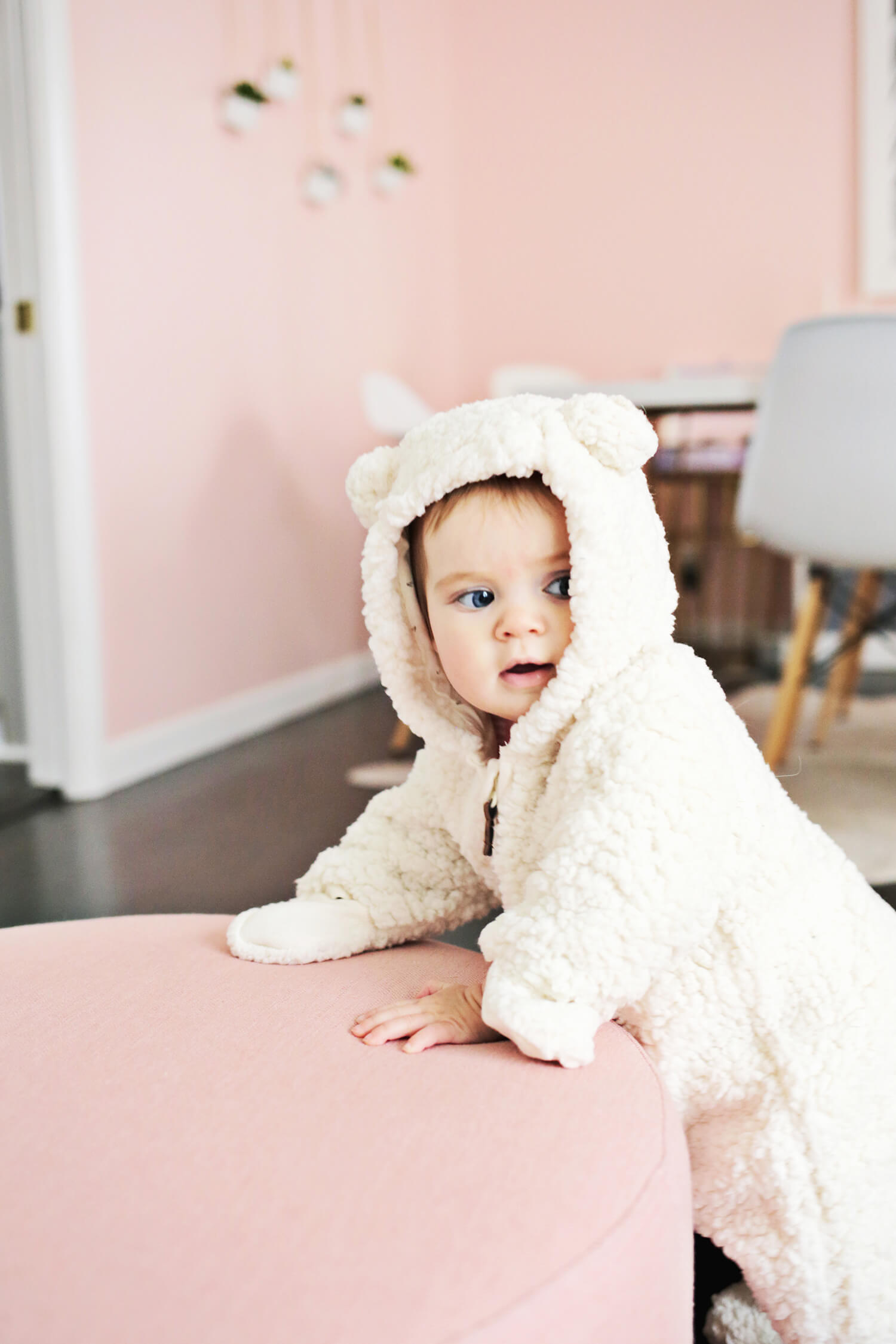 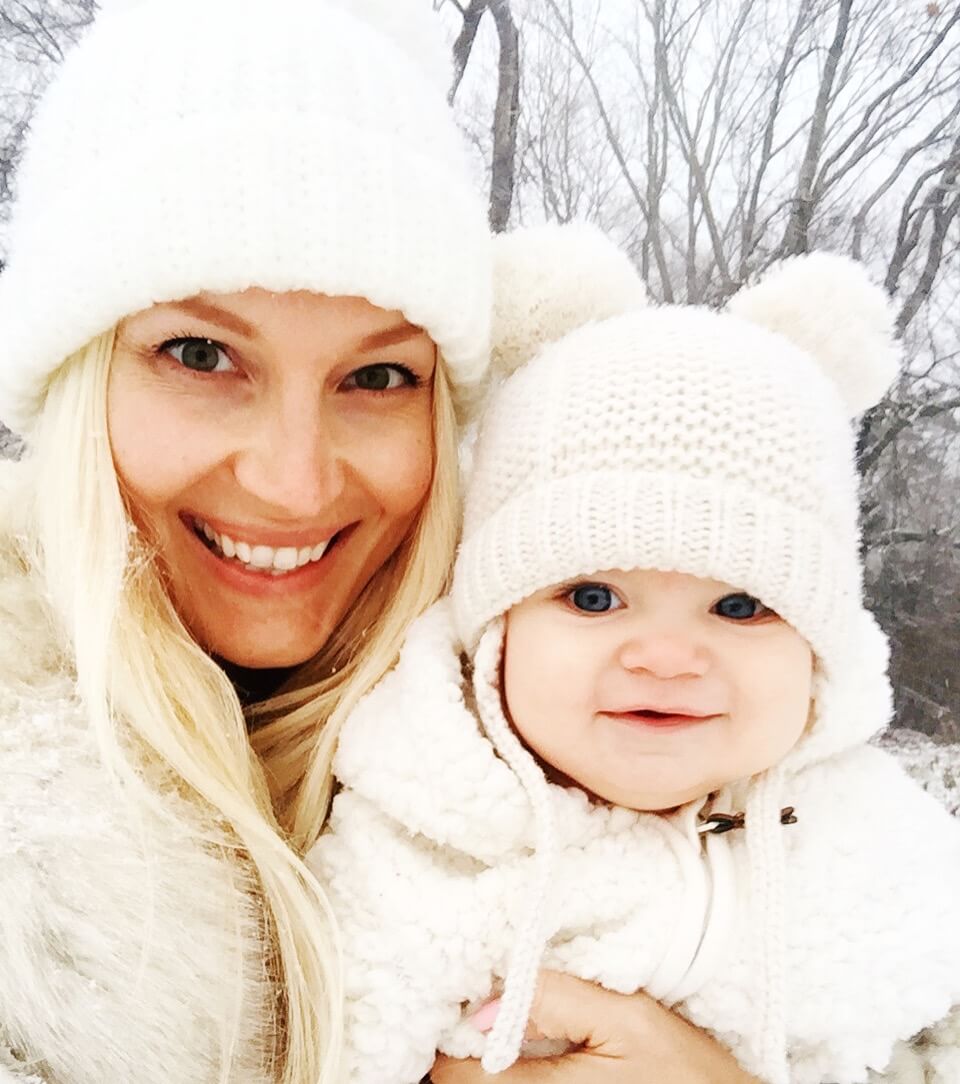 She loves to be outside even when it’s freezing I guess (similar bear bodysuit here)! 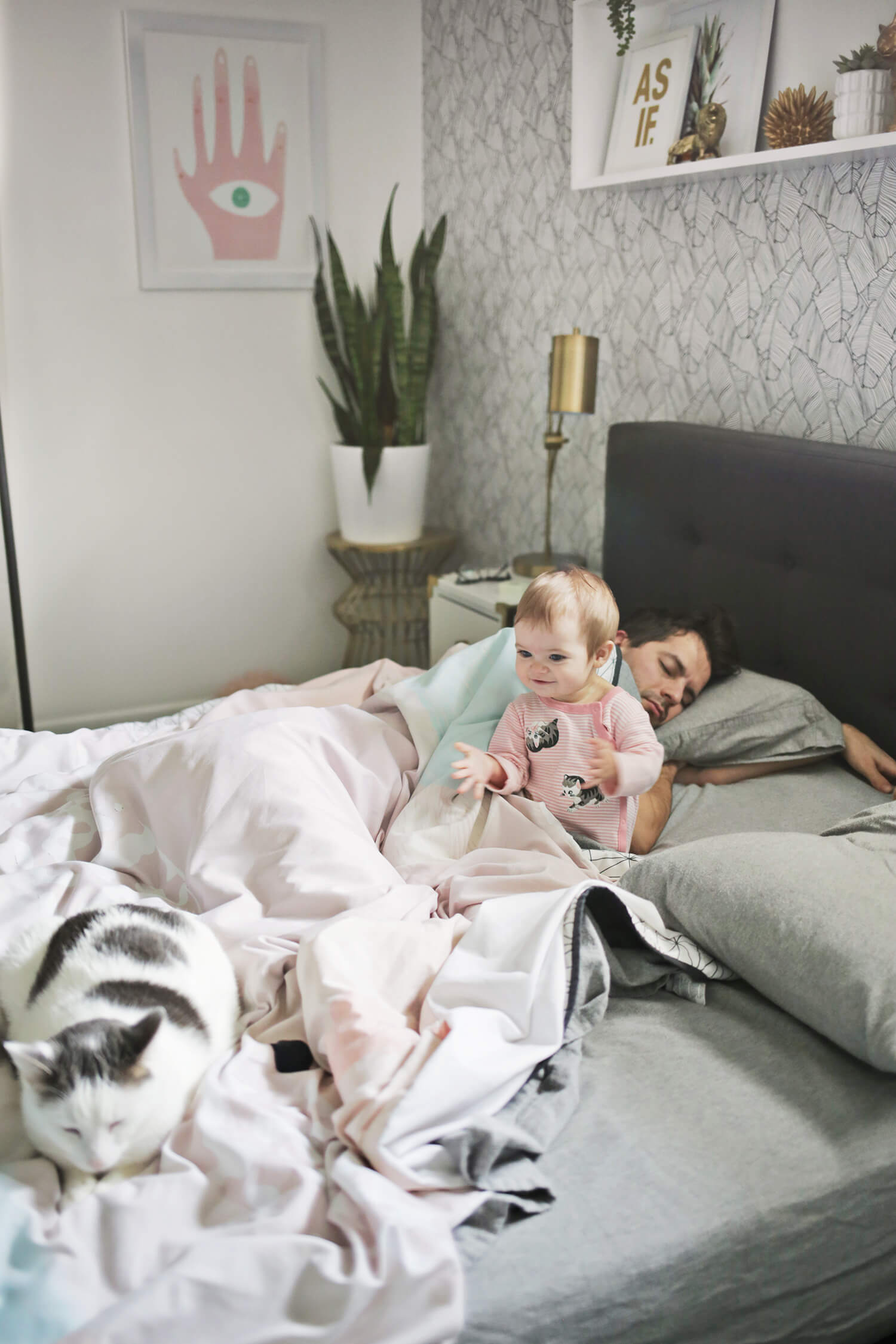 Lola has had some extra wakeups at night and a bit of an earlier wake-up time the last month which I think is probably due to teething. As you can see, she’s usually the most awake person in the house each morning… 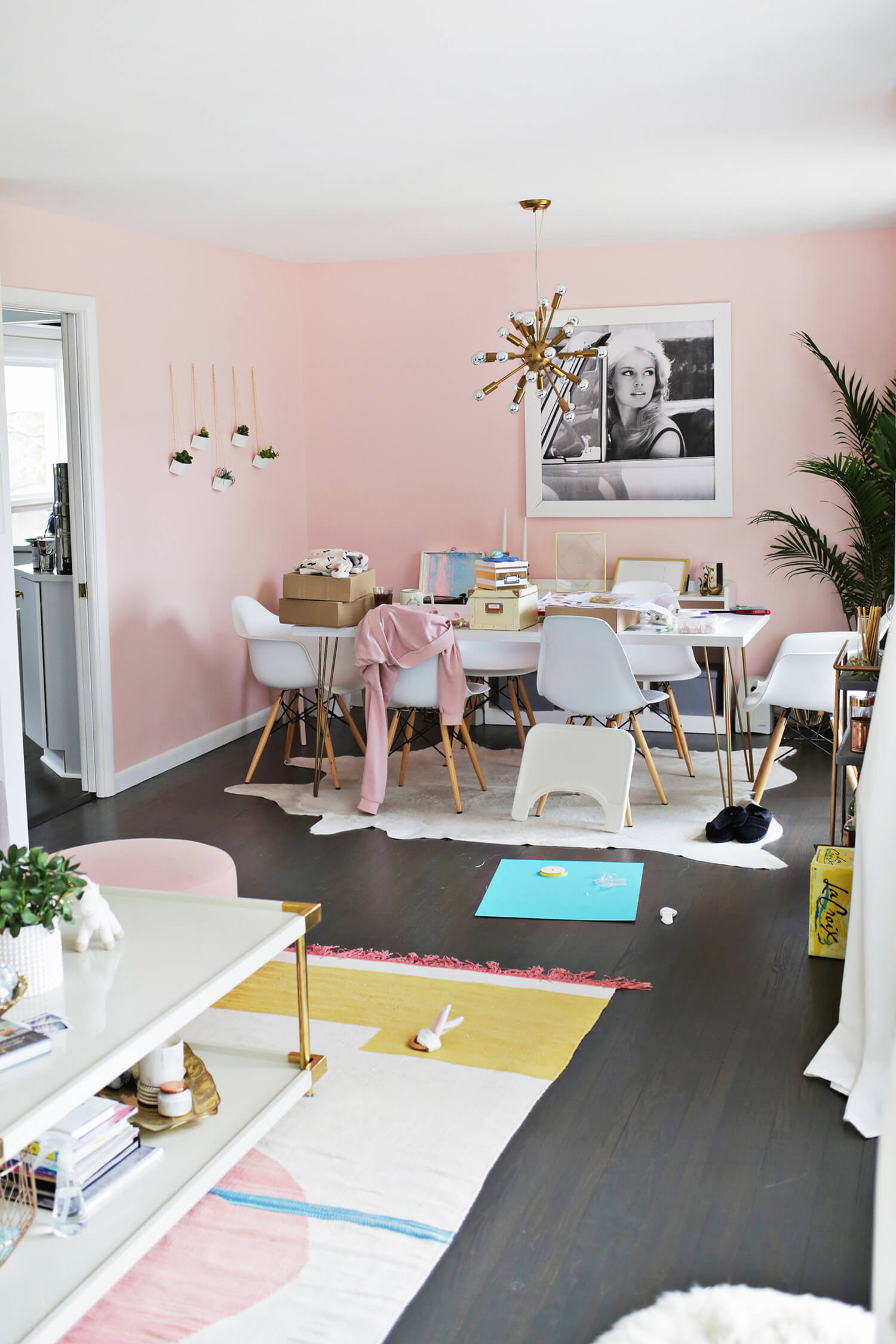 And just in case you never thought my house was messy, it usually looks like this most of the weekdays since I work from home. Lots of craft supplies, Amazon packaging, and general clutter but it also drives me crazy so Friday is usually our clean-up day to put it all away so I can breathe again. I’m definitely one of those people where visual clutter affects my mood (even when it’s all my own mess) so I have to clean it all up at least once a week. 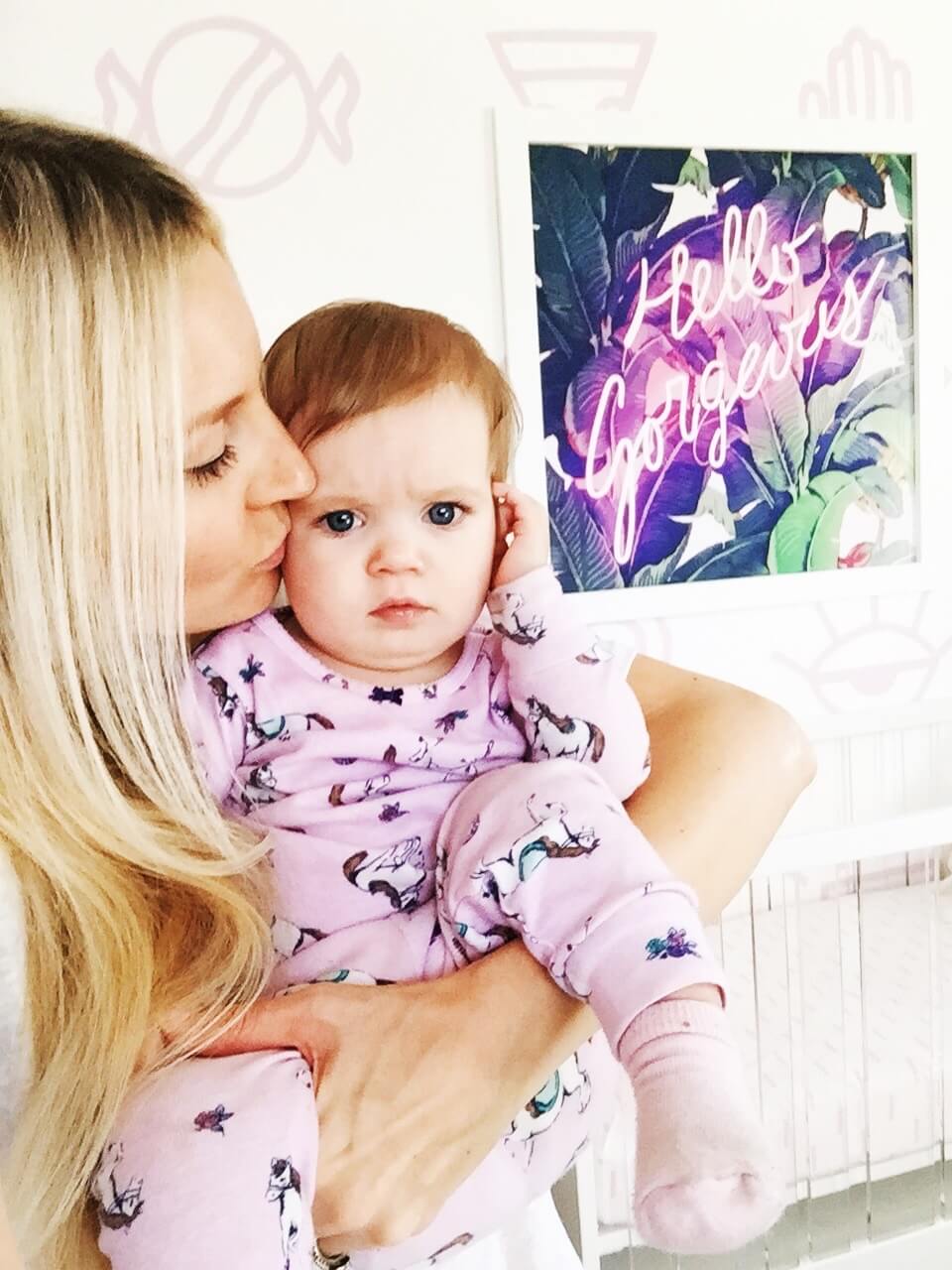 I started to feel kind of sick mid-January so I went to the doctor with a cough/throat kind of a deal but by the end of the day it was pretty clear that I actually had the flu instead. I haven’t had the flu in forever and I guess this was a terrible year to get it. It was so awful and I thought I couldn’t be more miserable when we realized Lola had a fever a few days later even though Todd had tried to keep her away from me (I would try and pump milk throughout the day for him to give to her). It was her first fever and it got pretty high at one point so it was super scary as I was worried it may spike and cause a febrile seizure. If you’ve had the flu this year, you know it’s awful, but having it while taking care of an 8-month-old with it too was such a nightmare and one of the toughest weeks I can recall to be honest. For example, a sick baby just wants to be held and rocked but I was so weak and dizzy that I was afraid I was going to pass out from all the movement/standing before she would fall asleep! Or, I would juuuust get her to sleep and then my uncontrollable cough would kick in and wake her up again—come on!! Todd got it right after Lola so since it’s the worst the first few days, I had to care for Lola and him since I was the “most well” of the three of us being 4 days in. Anyways, it was such a awful time and I think I’ll still be recovering for a bit since I slipped some ribs from coughing so hard (I can feel the rib cartilage poking out—yikes!) and that seems to be healing pretty slow. Ugh, I hope you are lucky and miss out on that this winter! 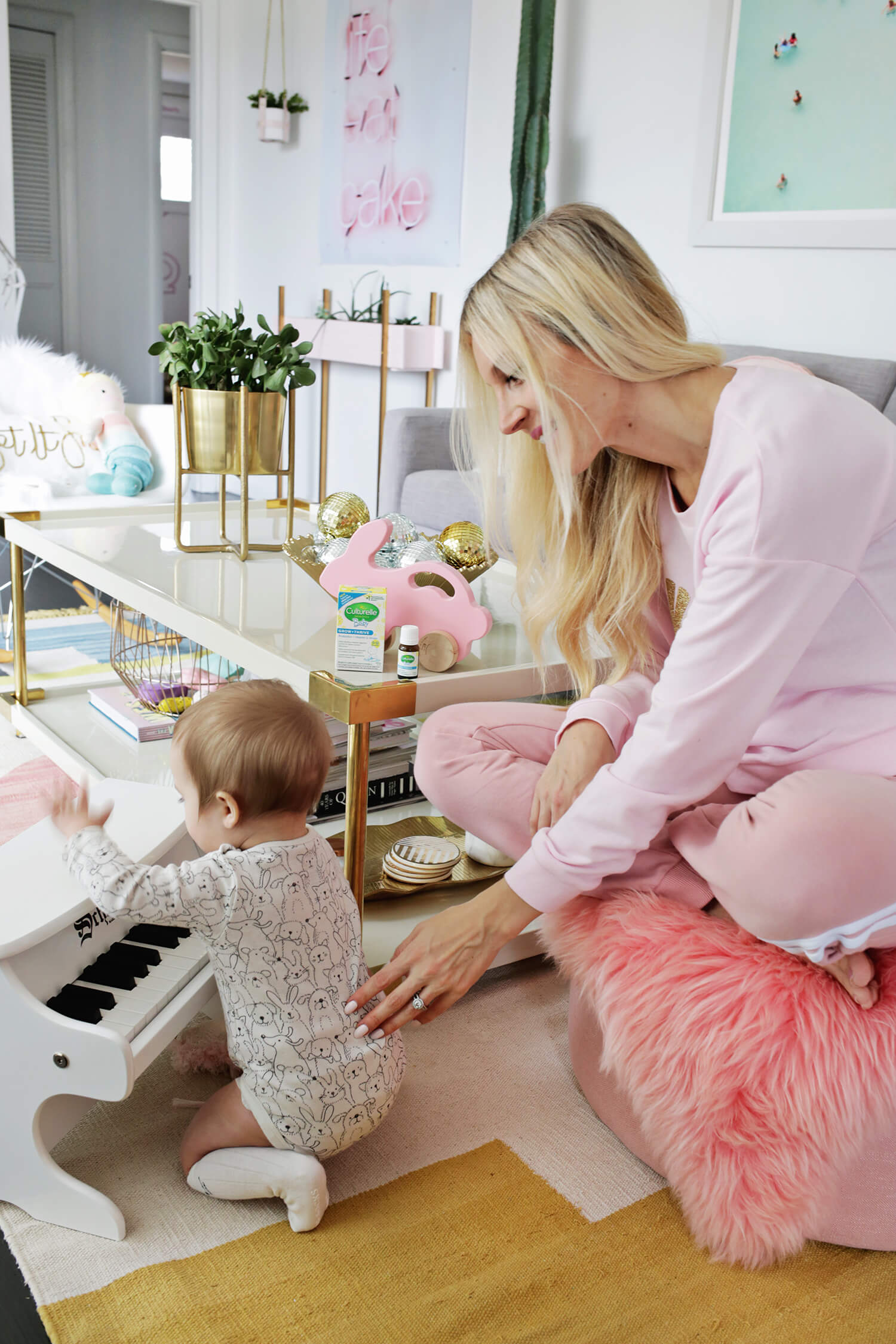 Speaking of health and trying to remain healthy, one thing that we’ve done pretty regularly since Lola was a few months old is give her daily probiotics to help support her immune system and add to her good bacteria in her gut. For this sponsored post I’ve partnered with Amazon and Culturelle to help spread the word about the benefits of probiotics for babies and kids. You can check out their infant probiotic drops on Amazon and as an added bonus they are a Prime item too—every Mom’s favorite tool! Our pediatrician recommends a probiotics regimen before vaccines to help boost Baby’s immune system and I’ve read so many positives about using probiotics (and I take probiotics myself as well) that I’m sure we’ll be using them with Lola for a long time to come. 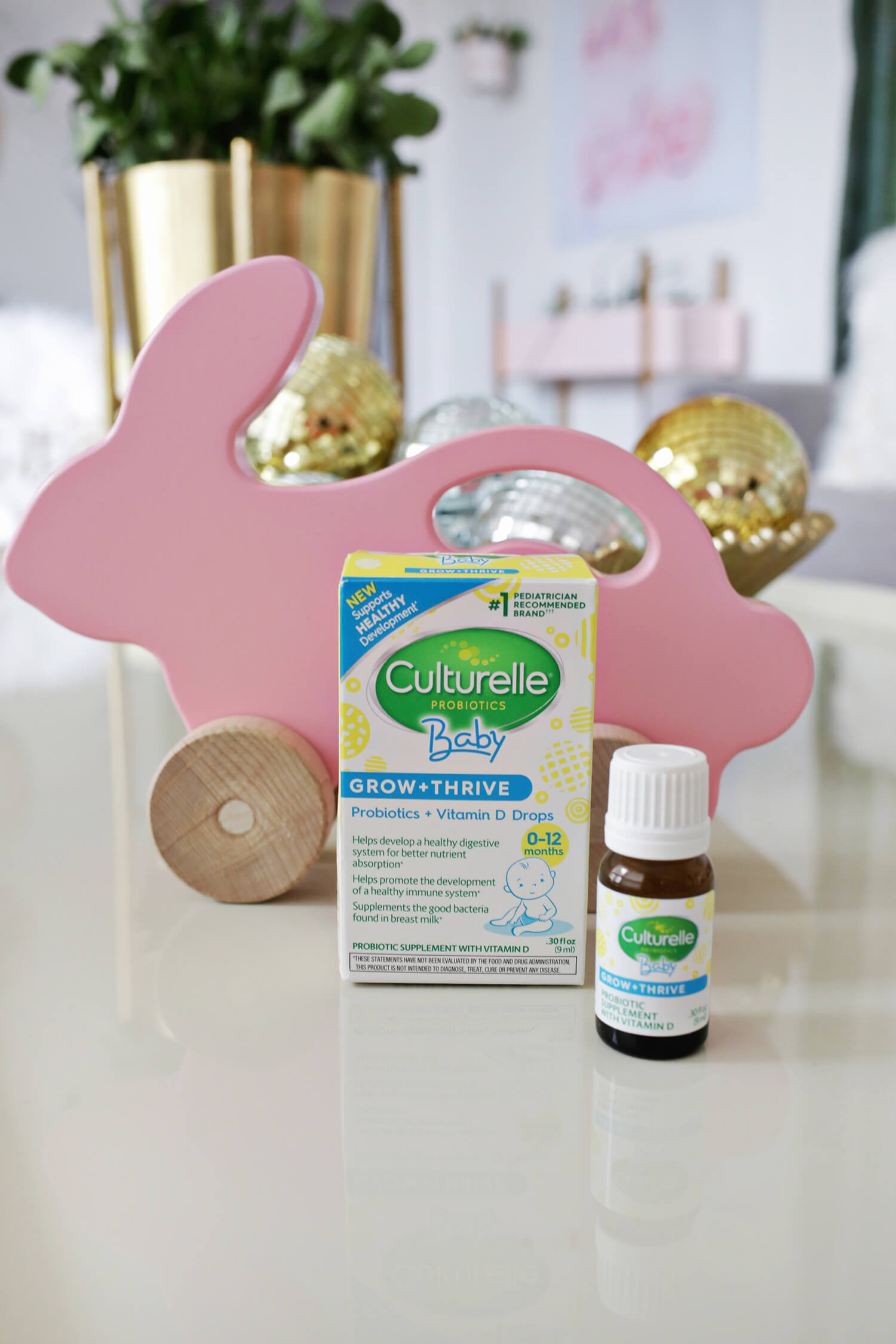 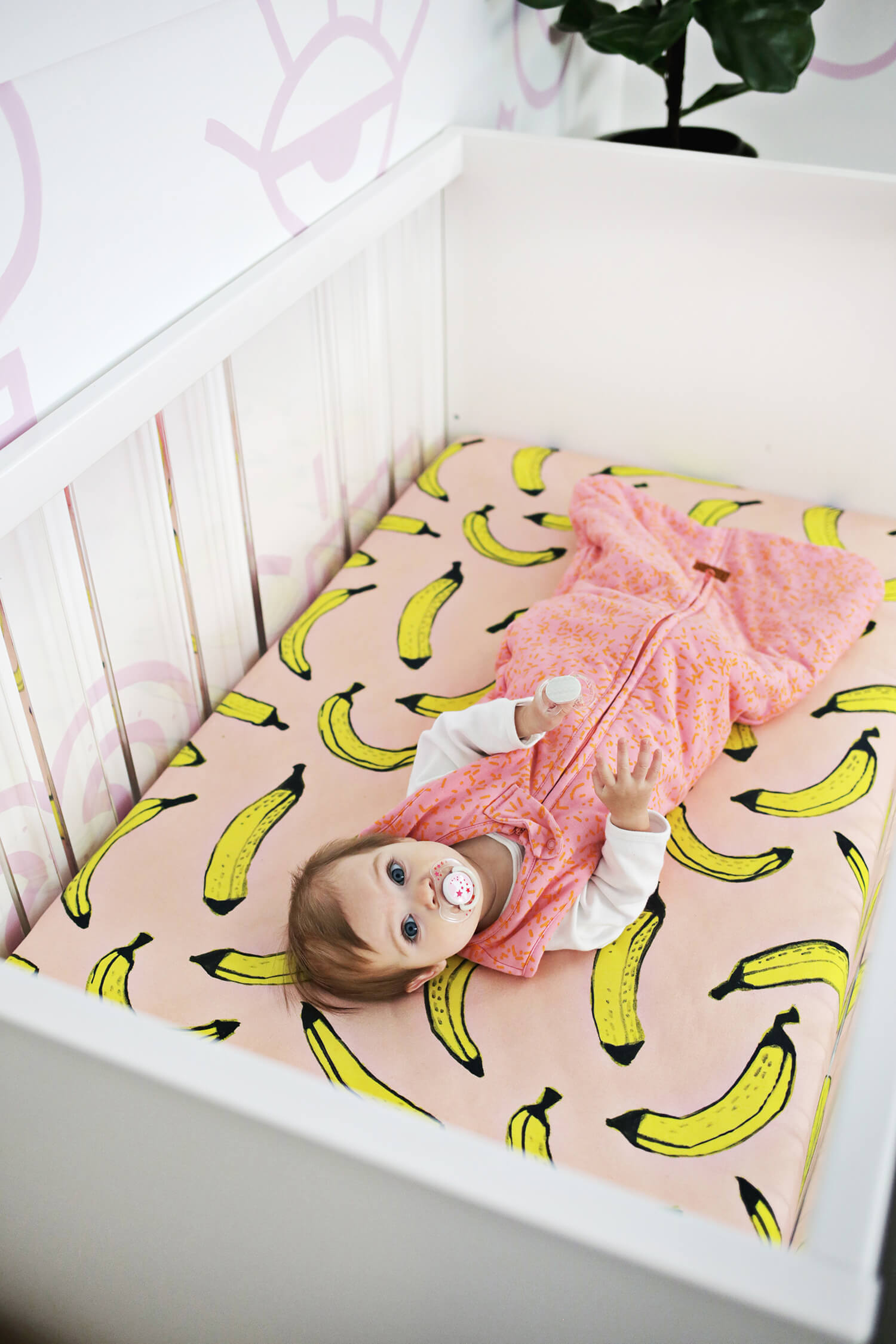 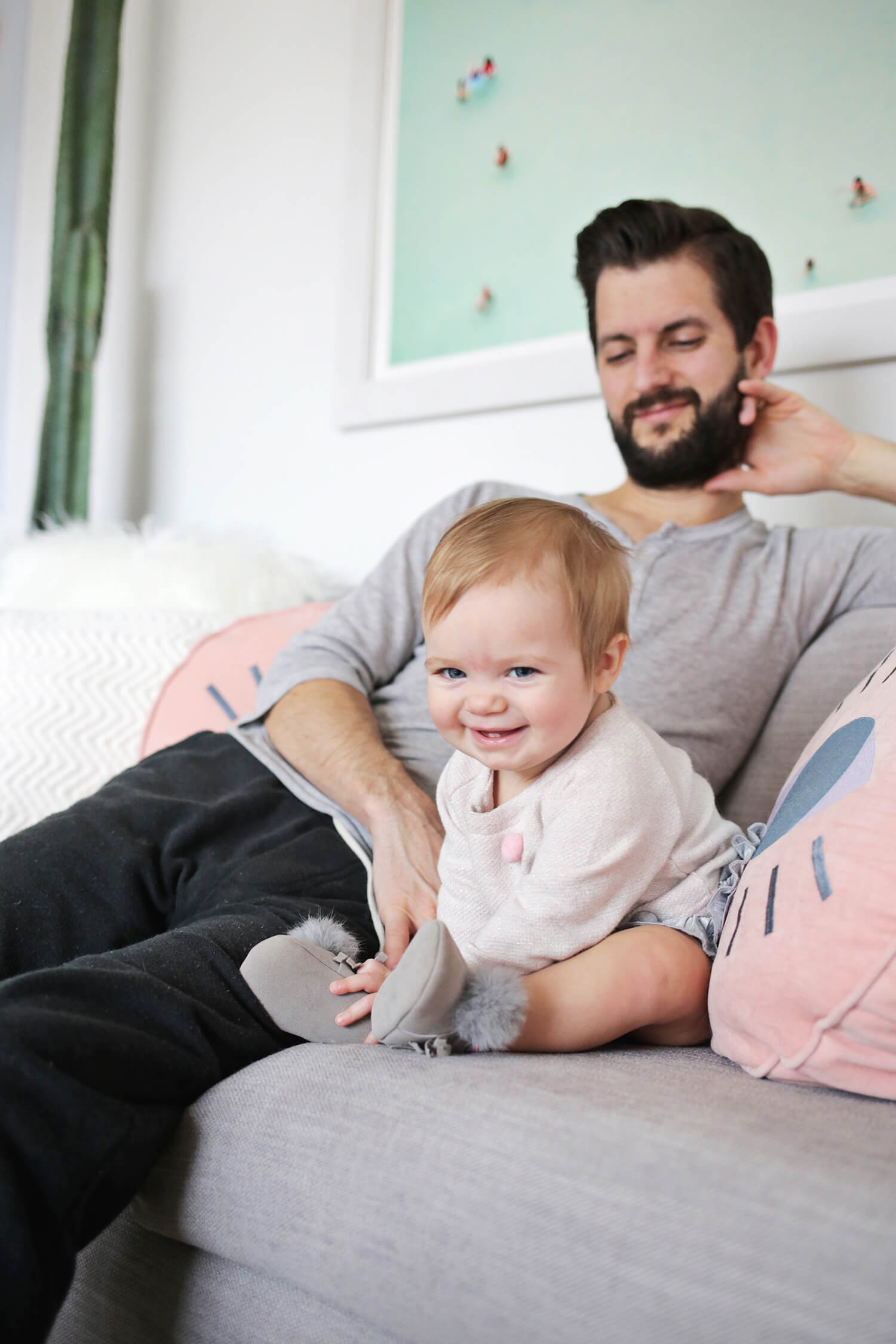 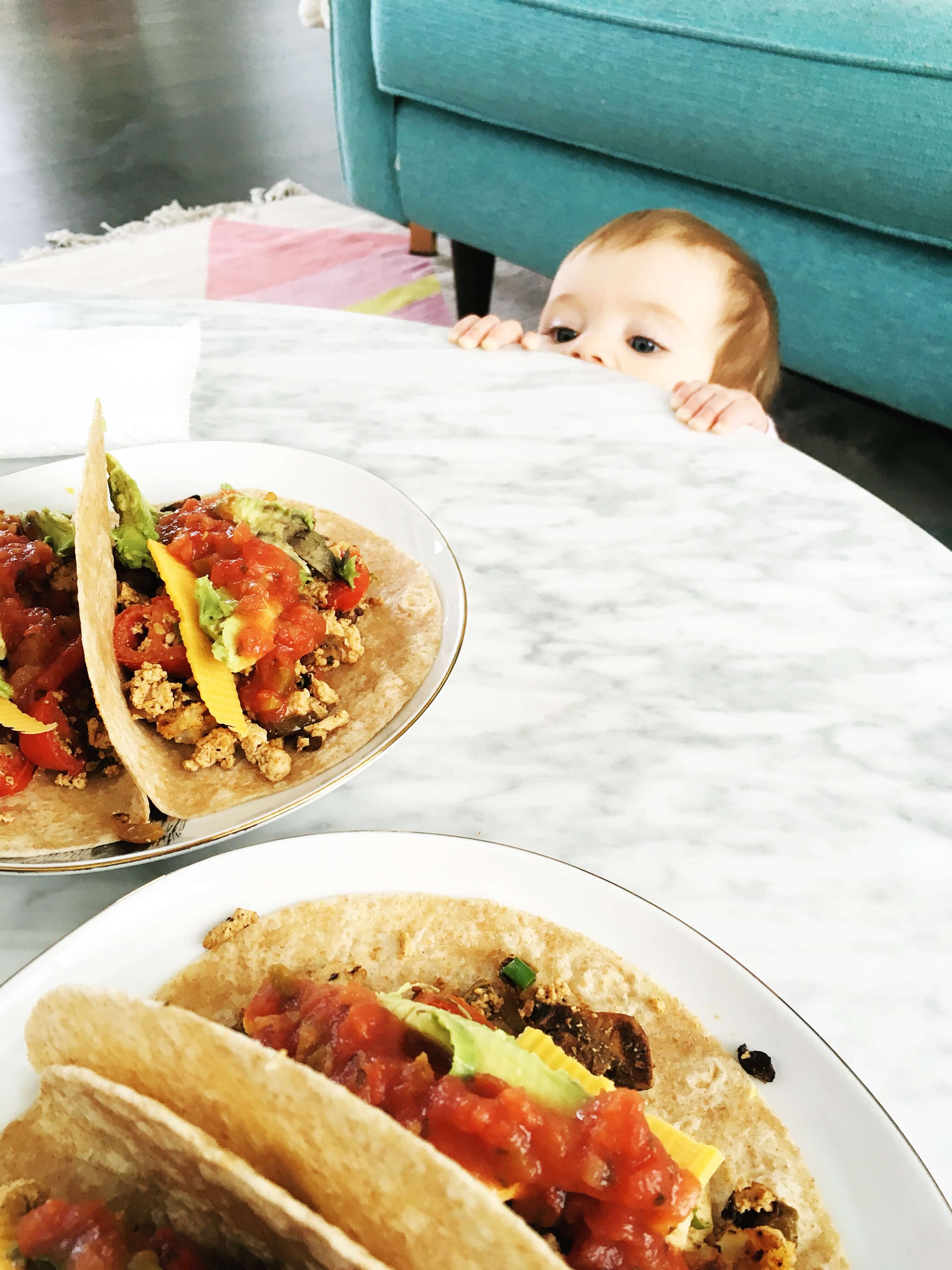 What’s for lunch Mom?? Lola’s been doing so well with her eating progress and I’m planning on sharing a post soon with all that info! I really like the way we’ve done it so far and she’s such a good eater so it seems to be working! 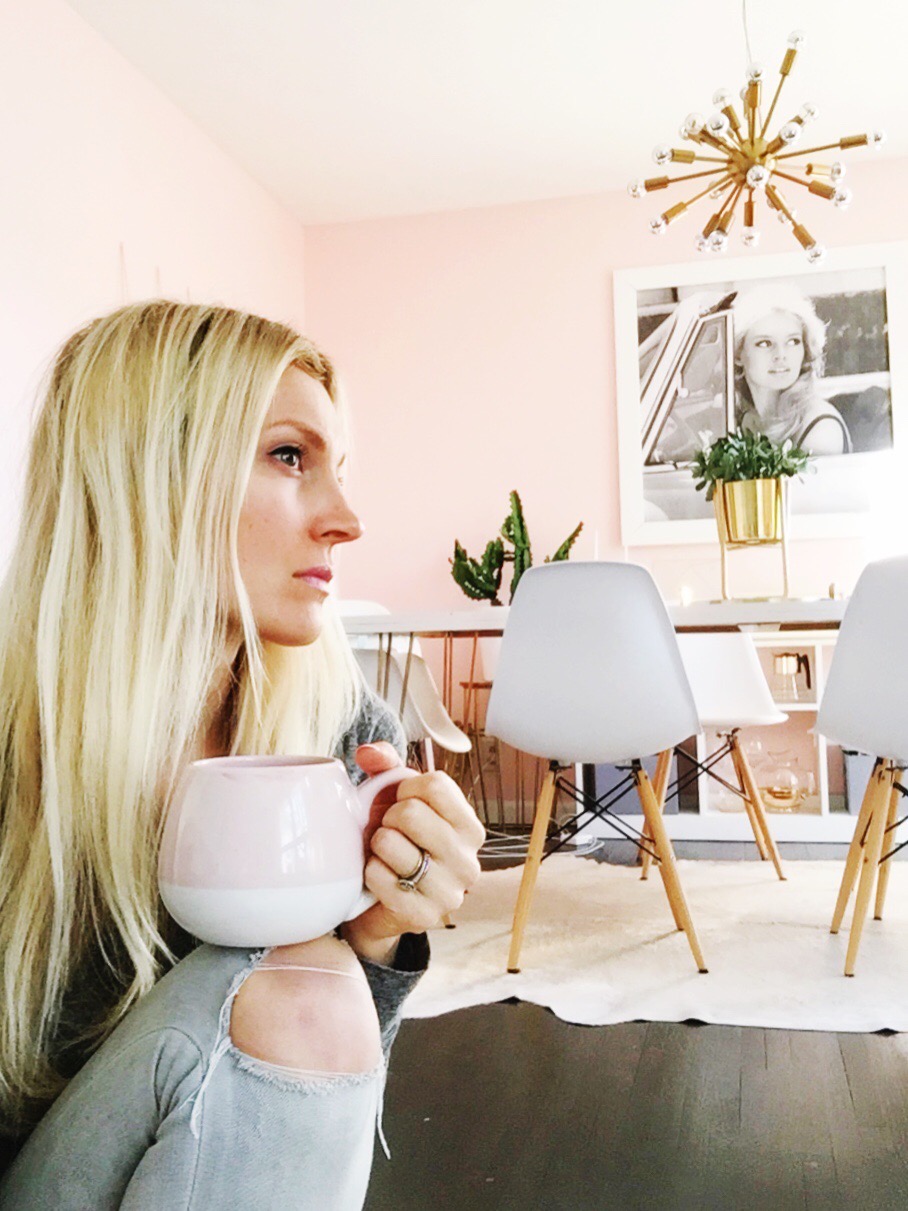 Also, on an extra personal note, it’s been a really difficult season for me lately so if you are going through that right now, I totally feel your pain. I think as a new Mom sometimes it hard to know what’s “real” and what’s hormonal so I feel like I’m always trying to figure that out, but it’s just been one of those times when you think you can’t take one more thing but the new challenges just keep piling on. I don’t think it’s a postpartum thing for a few reasons (although I know that could be part of it since it can vary in strength for people), it feels more more situational and seasonal, but I just keep praying for endurance and for God to point out joys wherever I can find them. I know life is full of mountains and valleys and this has just been one loooong valley for me… 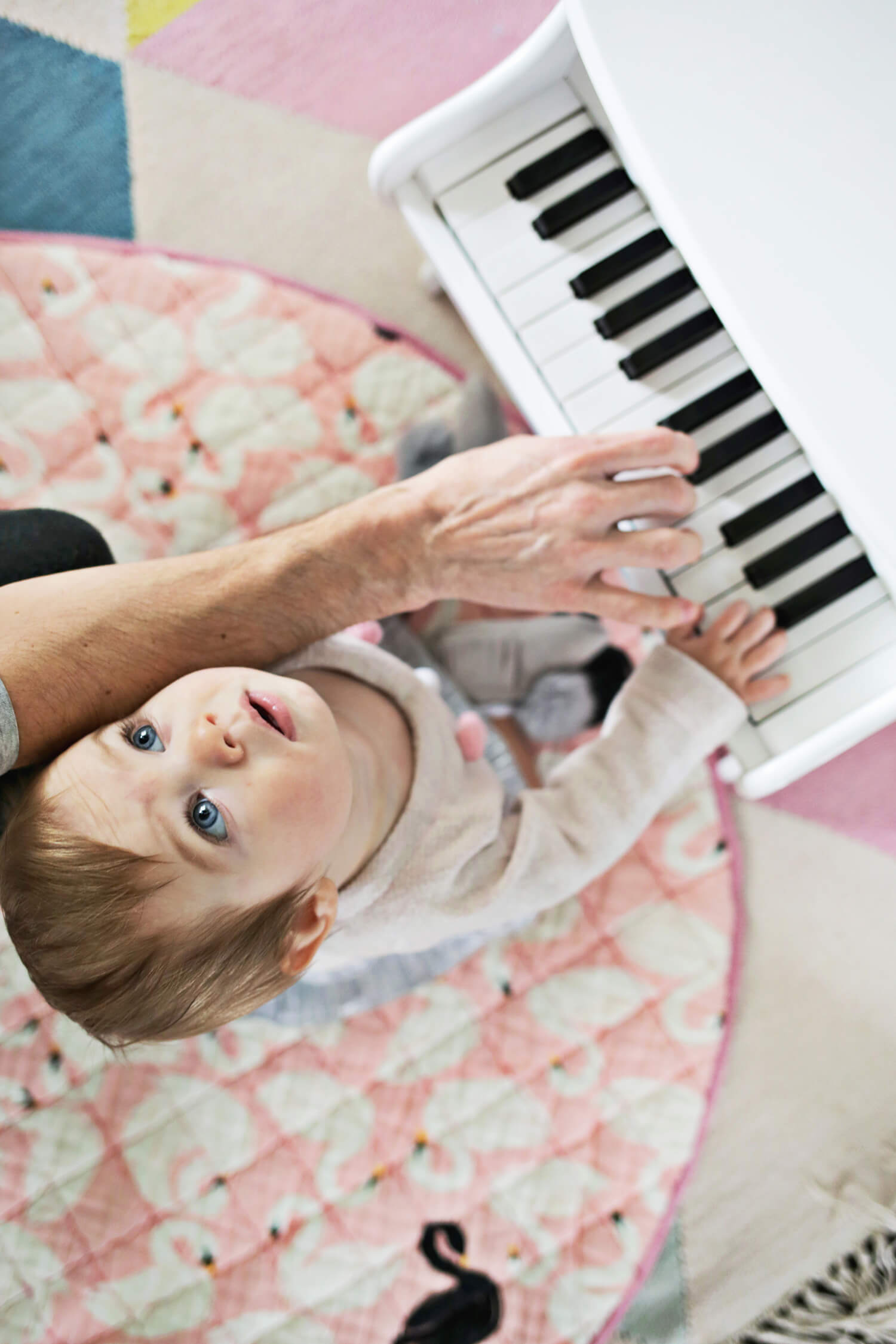 …however, this little face is our best source of joy in any season. Sugar and spice and everything nice and is always ready to play piano with Daddy. 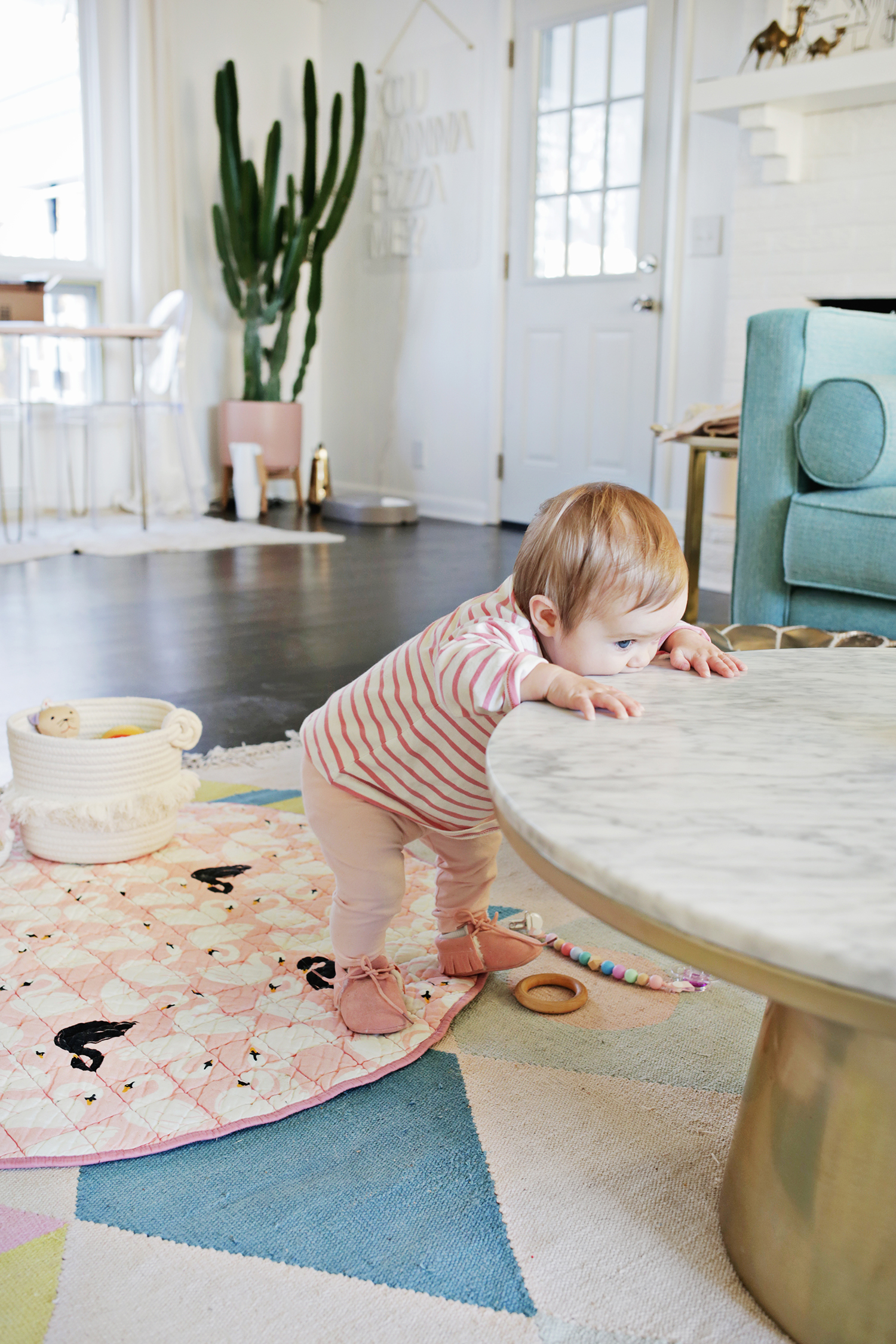 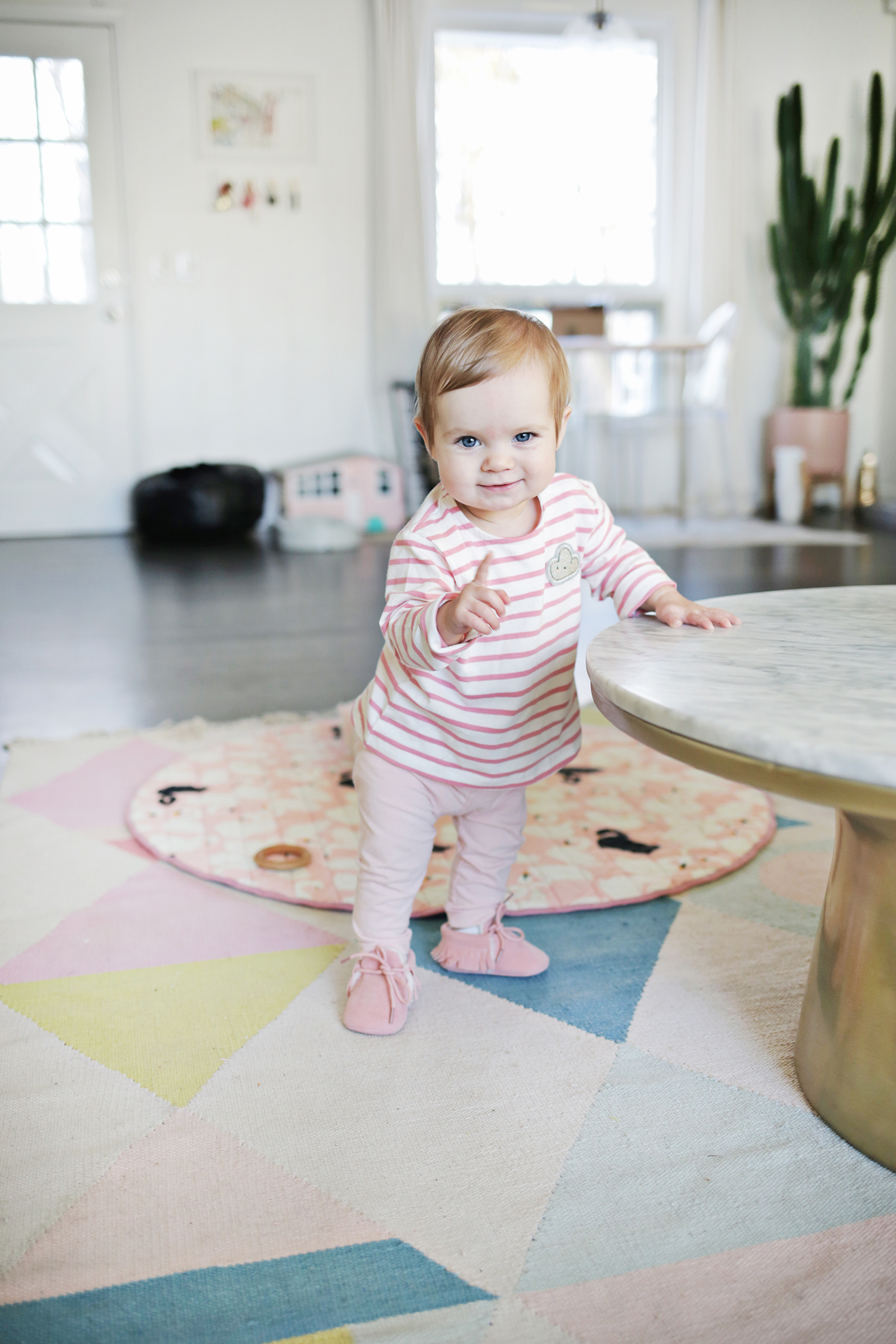 Remember when I mentioned teething? She’s just pushed through 6 teeth (5 teeth at once) so everything is in danger of being bitten. Unfortunately that also includes me a lot during nursing—ouch!! (Love those little pink moccasins on her). 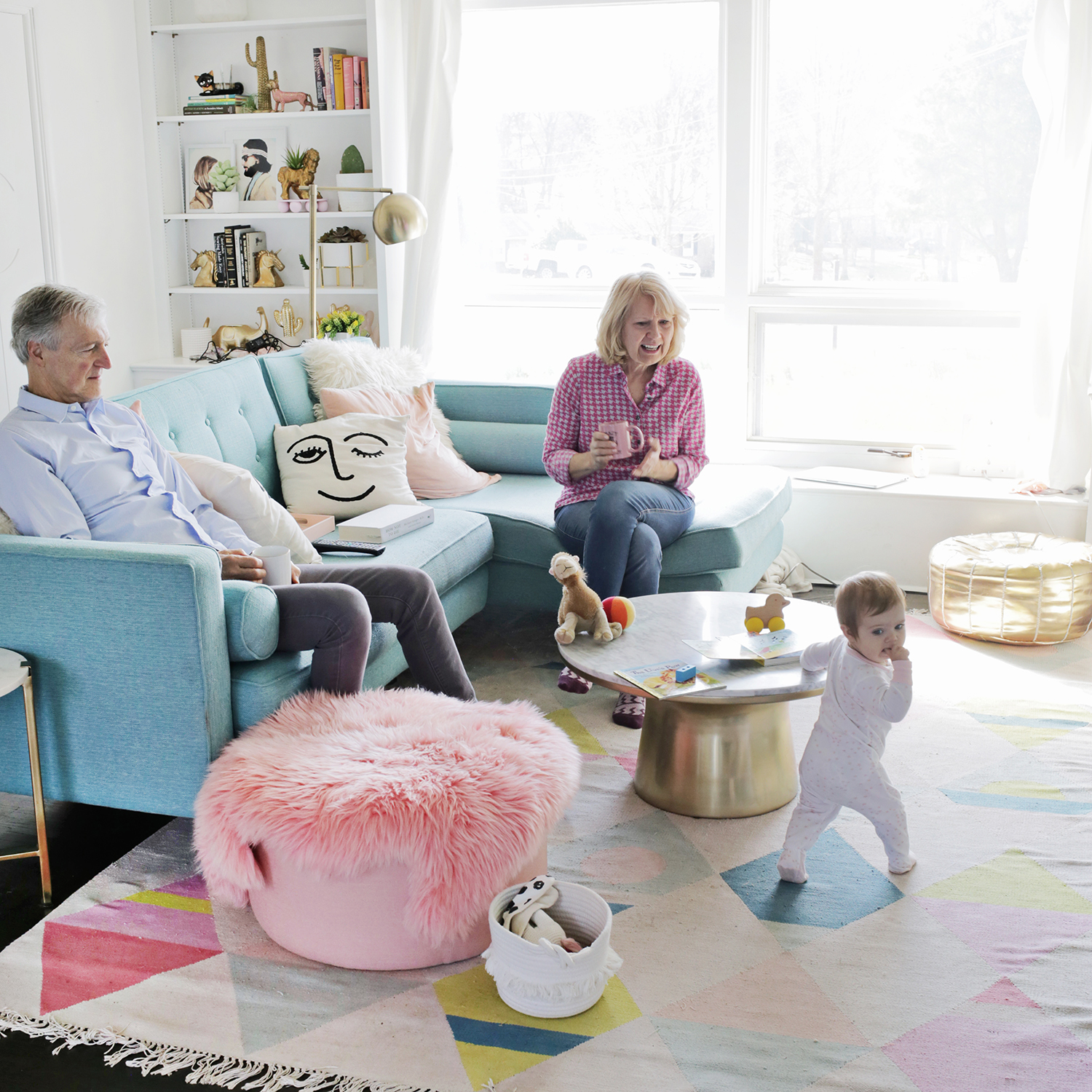 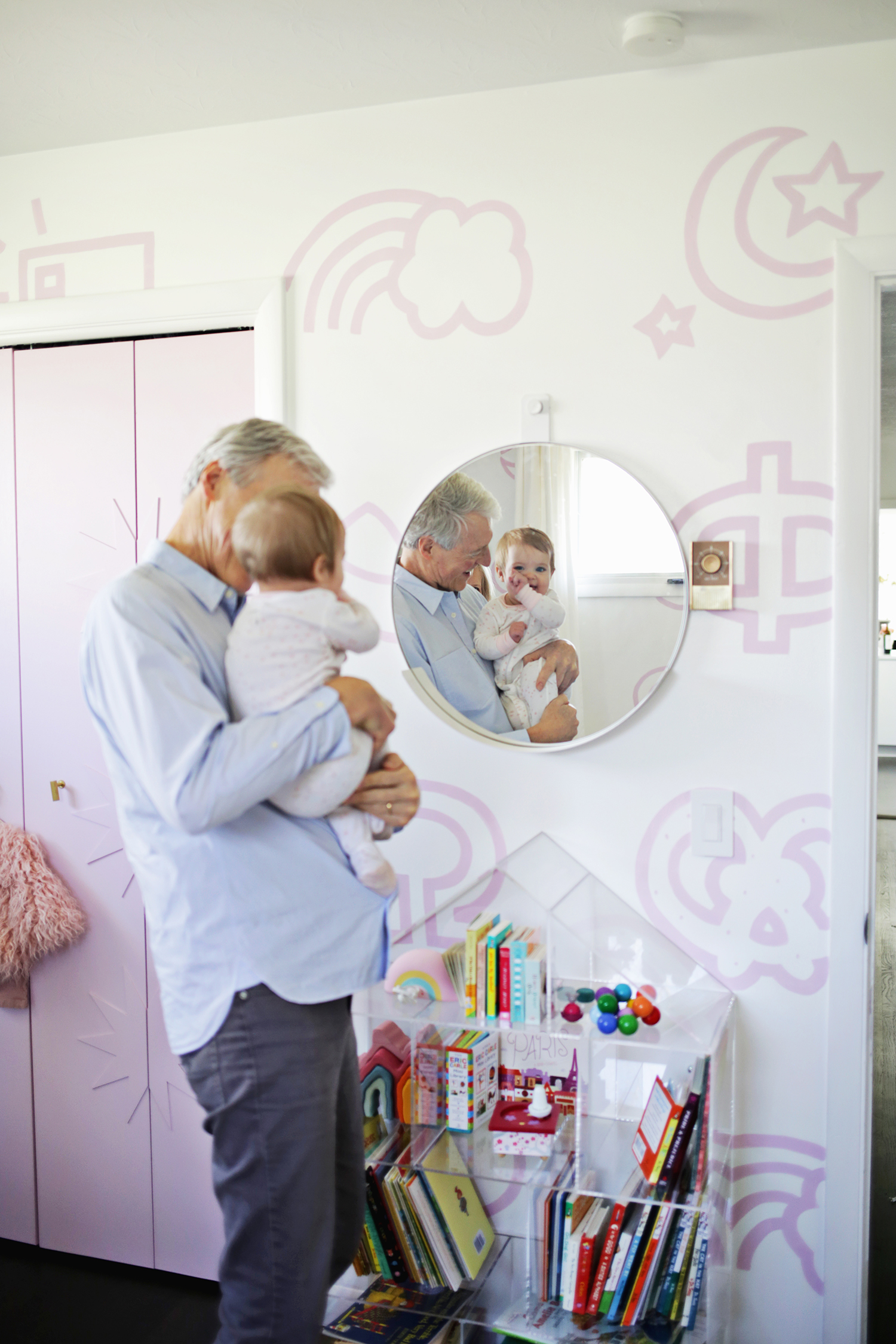 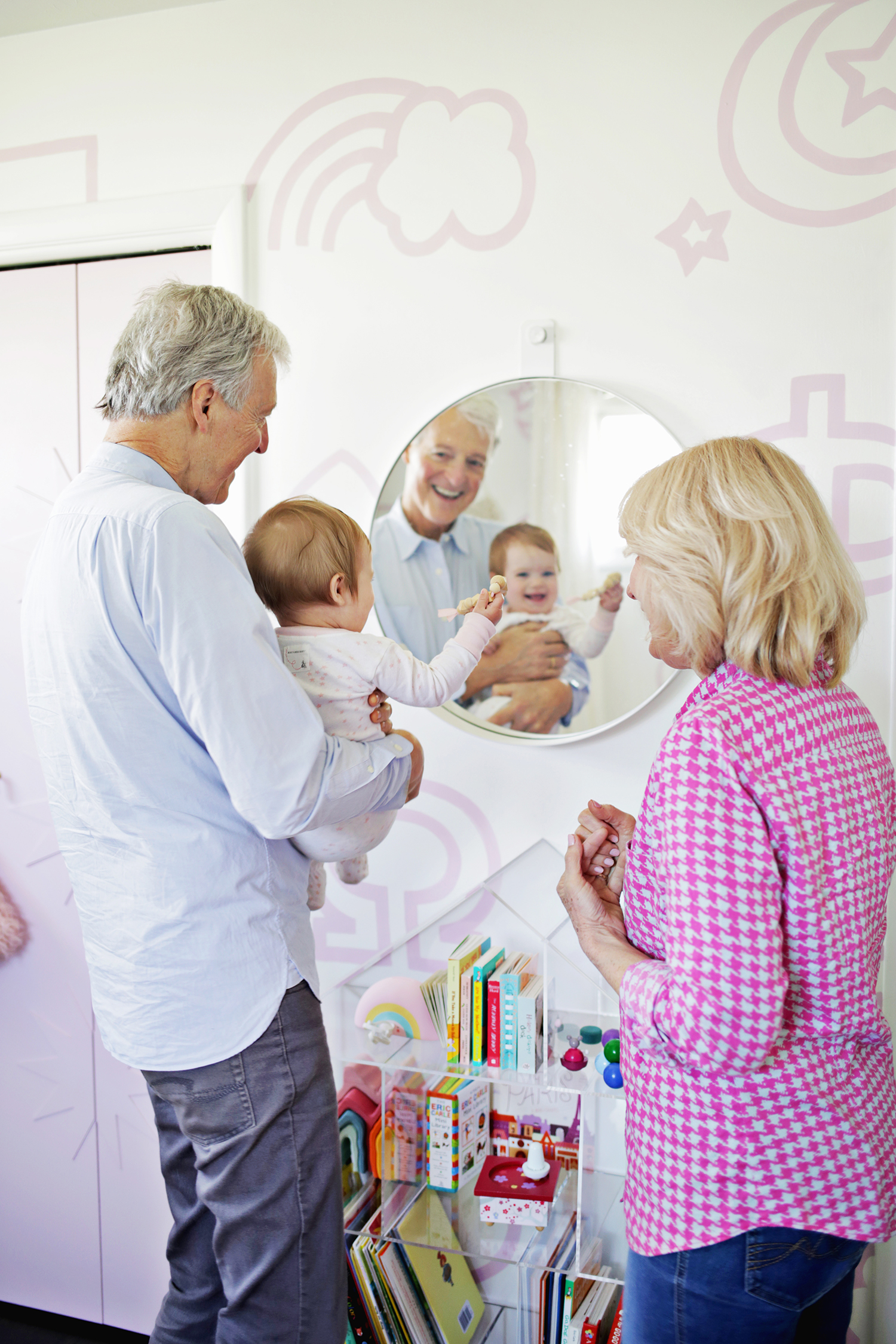 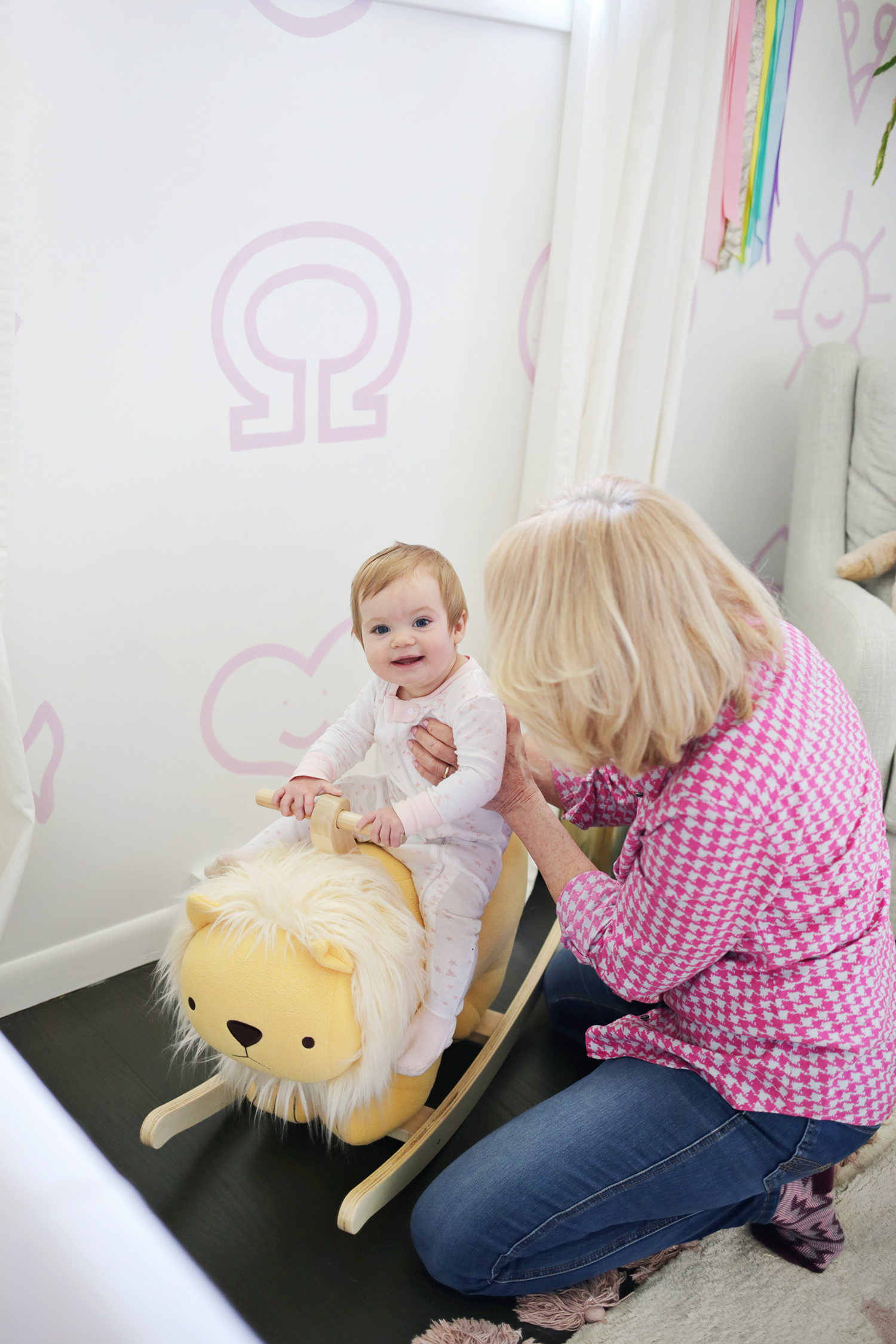 We also had my parents in town twice this month (on their way to and from seeing my sister and her new baby boy!) so that was quite a treat for us. My mom also showed us how to play a game that kind of like a cross between ping pong and tennis called Pickleball (she had bought us a small net that fits in our driveway) and we played several times each day—it’s SO fun! Of course the visits always feel too short and Lola started acting really cranky after they left so I really think she missed them once she realized they were gone… 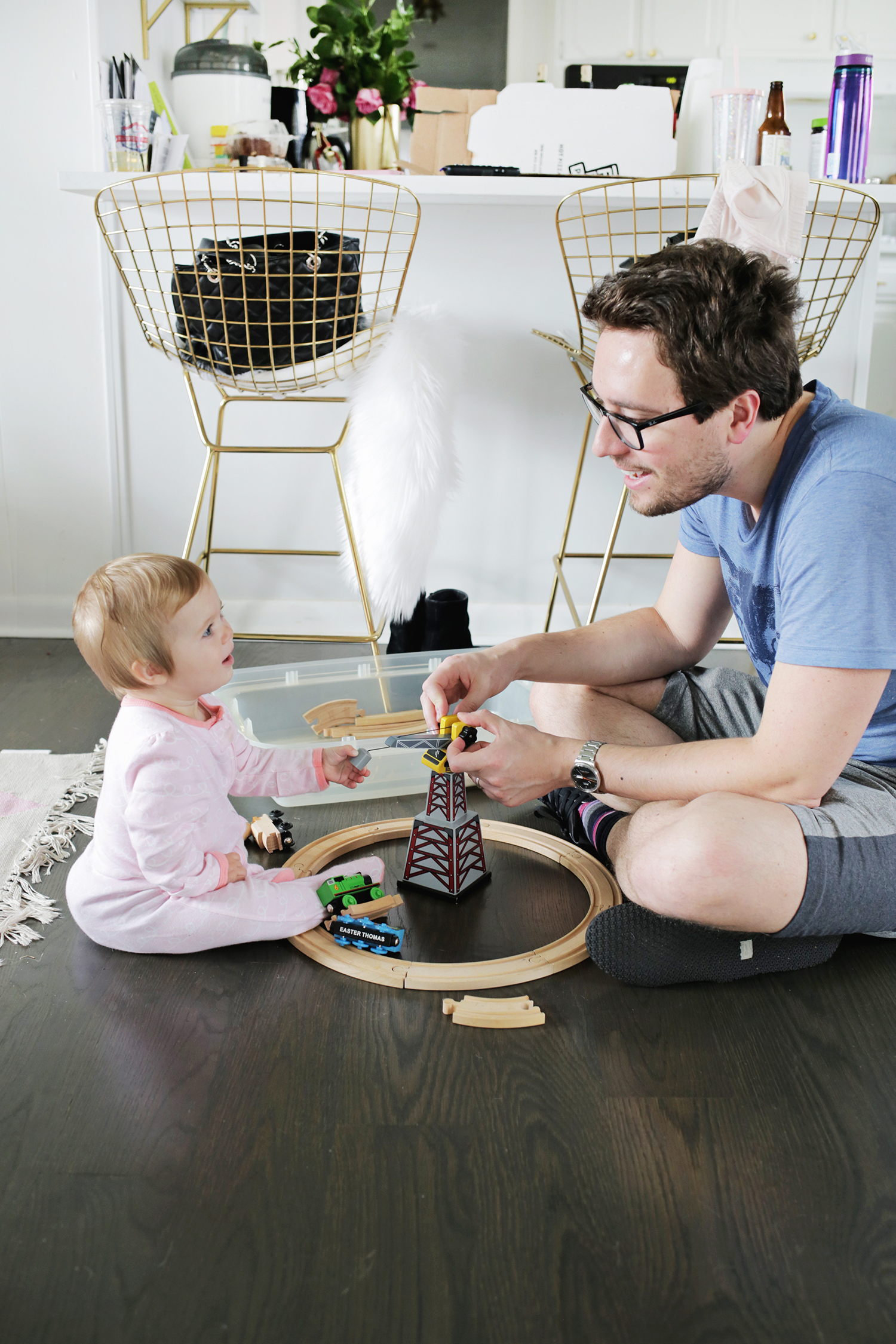 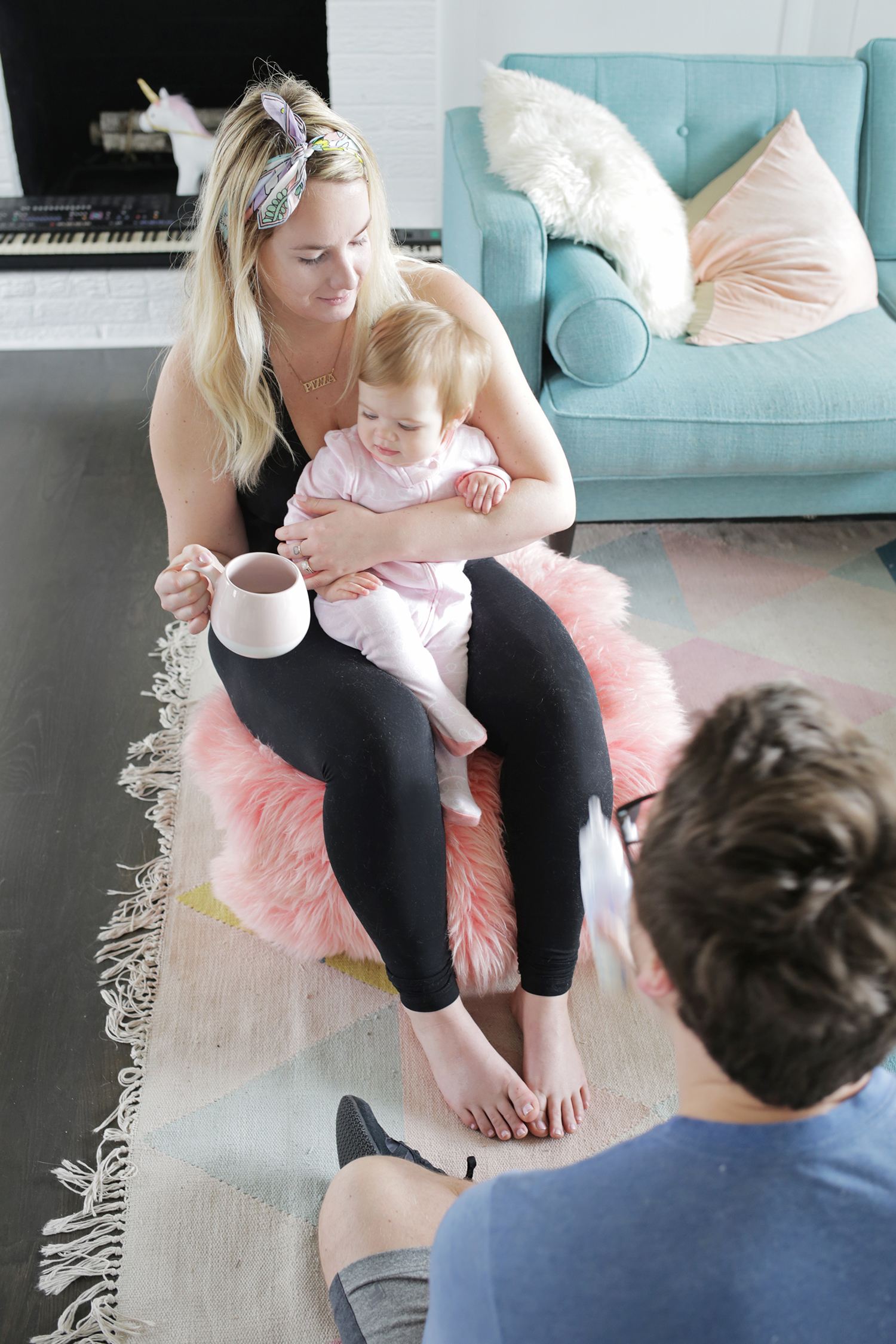 …she didn’t have to be sad for too long since my brother Joel and sister-in-law Sarah came pretty much the next day to spend the weekend with us! They are super fun so it was just what we needed to put some smiles right back on our faces. I love seeing my family get to spend time with Lola and I know those visits will only get more fun as she gets older!

As you can see, it’s definitely been a bit of a rollercoaster so far as we’ve gotten into 2018 but I know we are still so blessed overall and we have so many exciting milestones to look forward to this year. Can’t wait for spring to pop up in the next few months and take that nature-loving baby outside for some sunny playtimes!

*This post was sponsored by Amazon and Culturelle and all opinions are my own—thanks for helping to support this blog and our family!