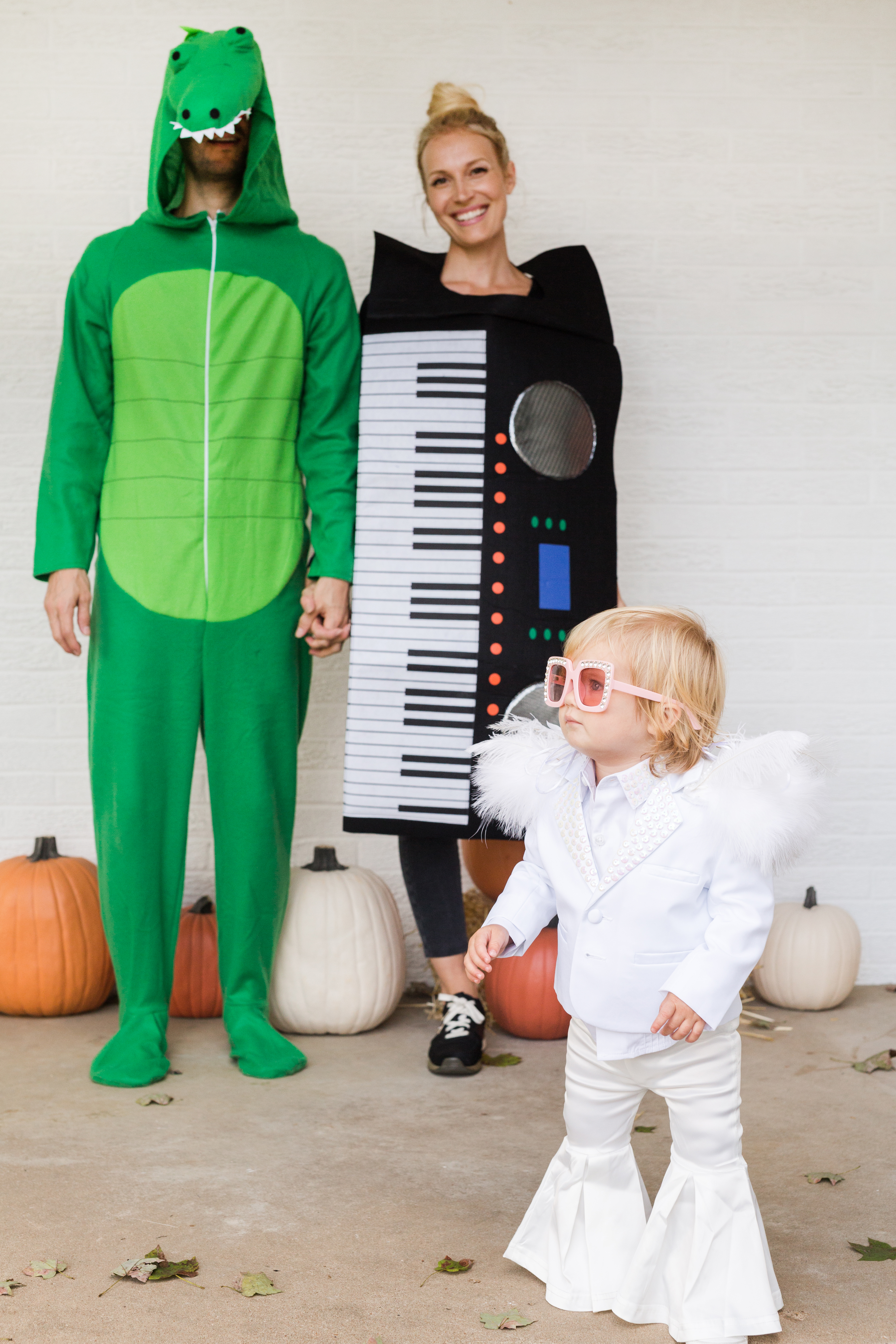 In case you guys missed it, I wanted to show you the family Halloween costumes we did this year over on A Beautiful Mess! Todd was out on tour last year when we did our mermaid Mom + Baby look, so this was our first attempt at a family look so we did two because I couldn’t pick just one…I still can’t get enough of these pics of Lola as Baby Elton John and us as her Crocodile Rock companions—IT’S JUST TOOOOO MUCH! Those glasses really make it perfect. 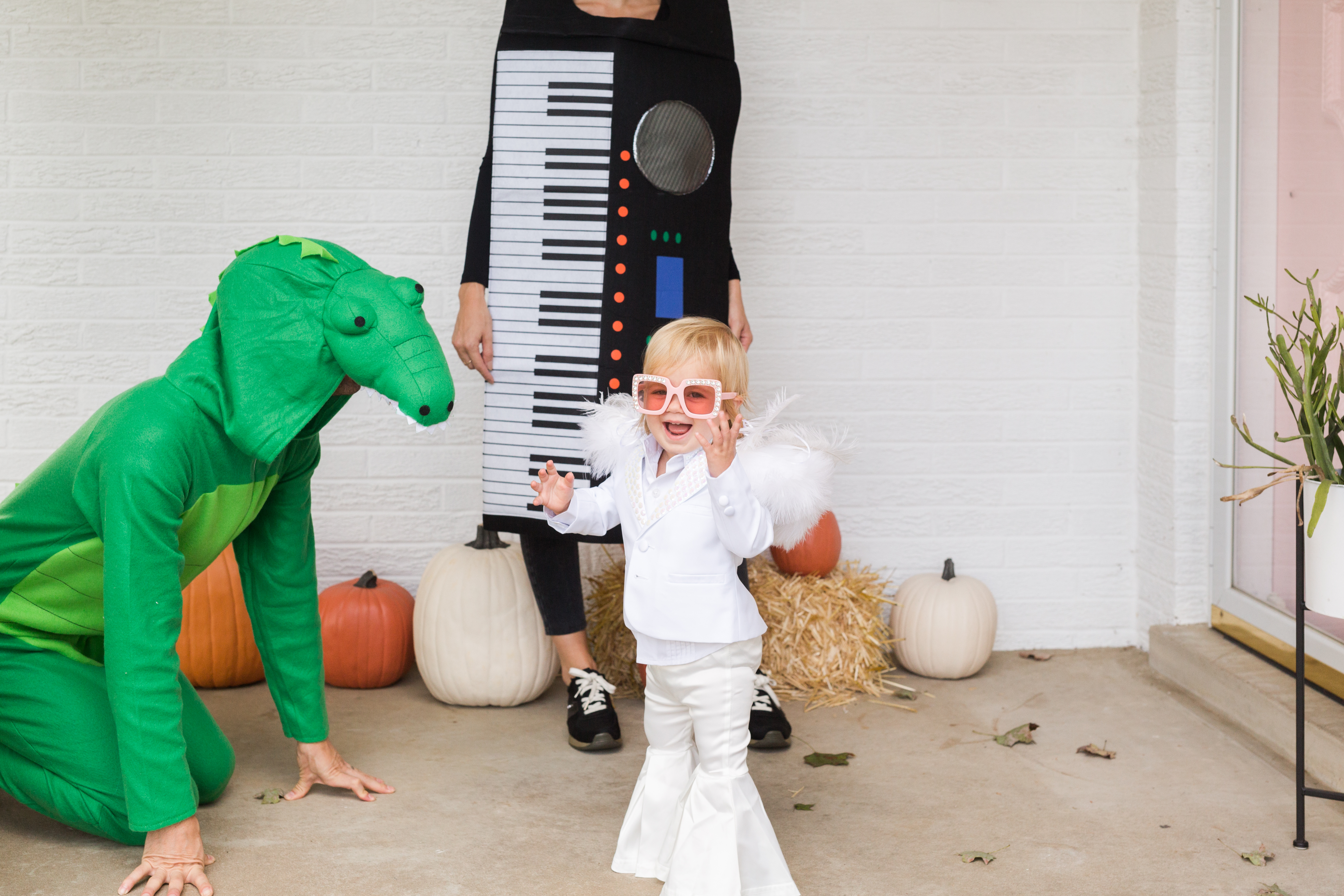 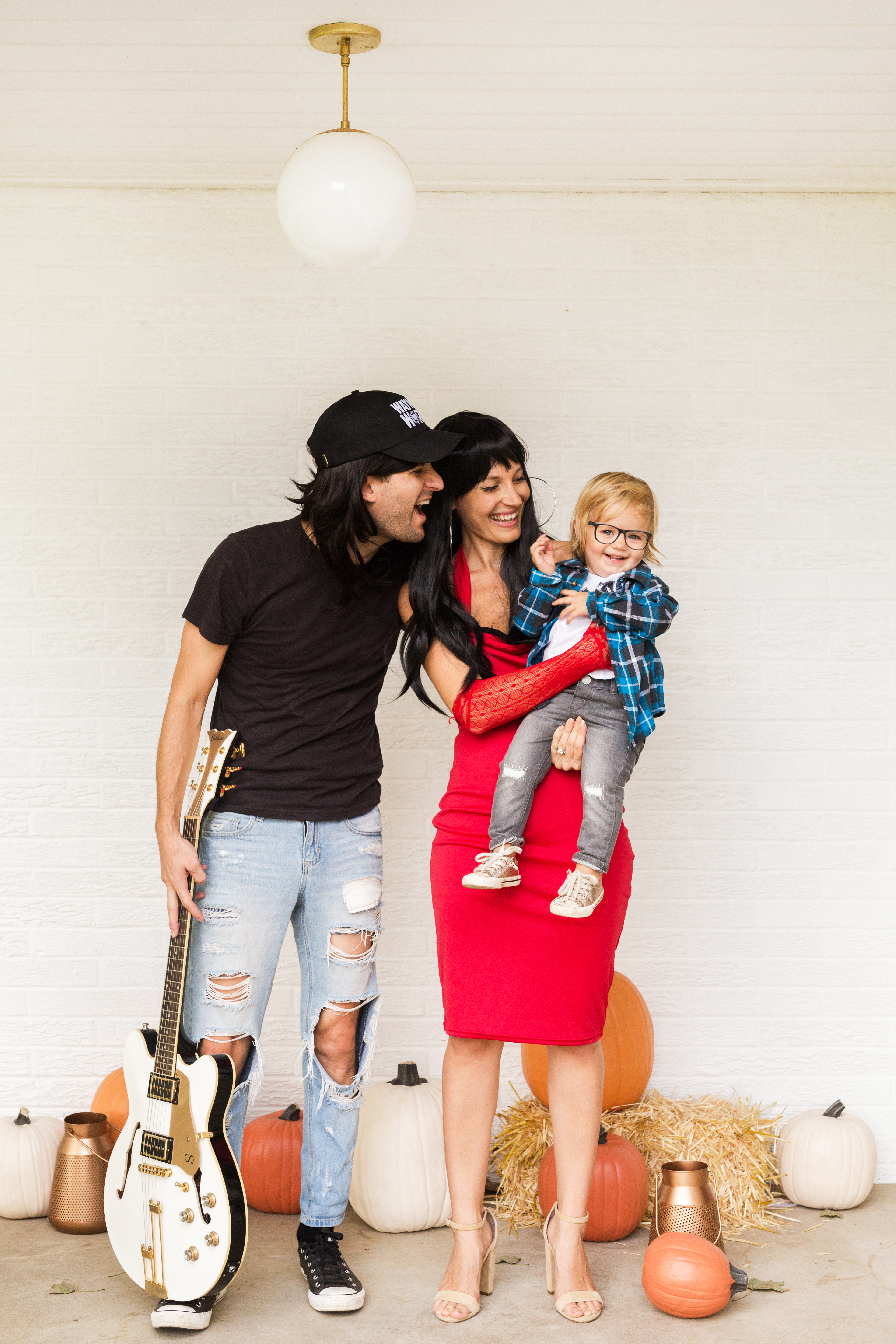 We also did a totally excellent Wayne’s World edition with a Wayne, Baby Garth, and Cassandra. I tell ya, it’s quite the challenge to do not one, but two costumes with a toddler where they have to wear glasses of some sort, but it was totally worth it! 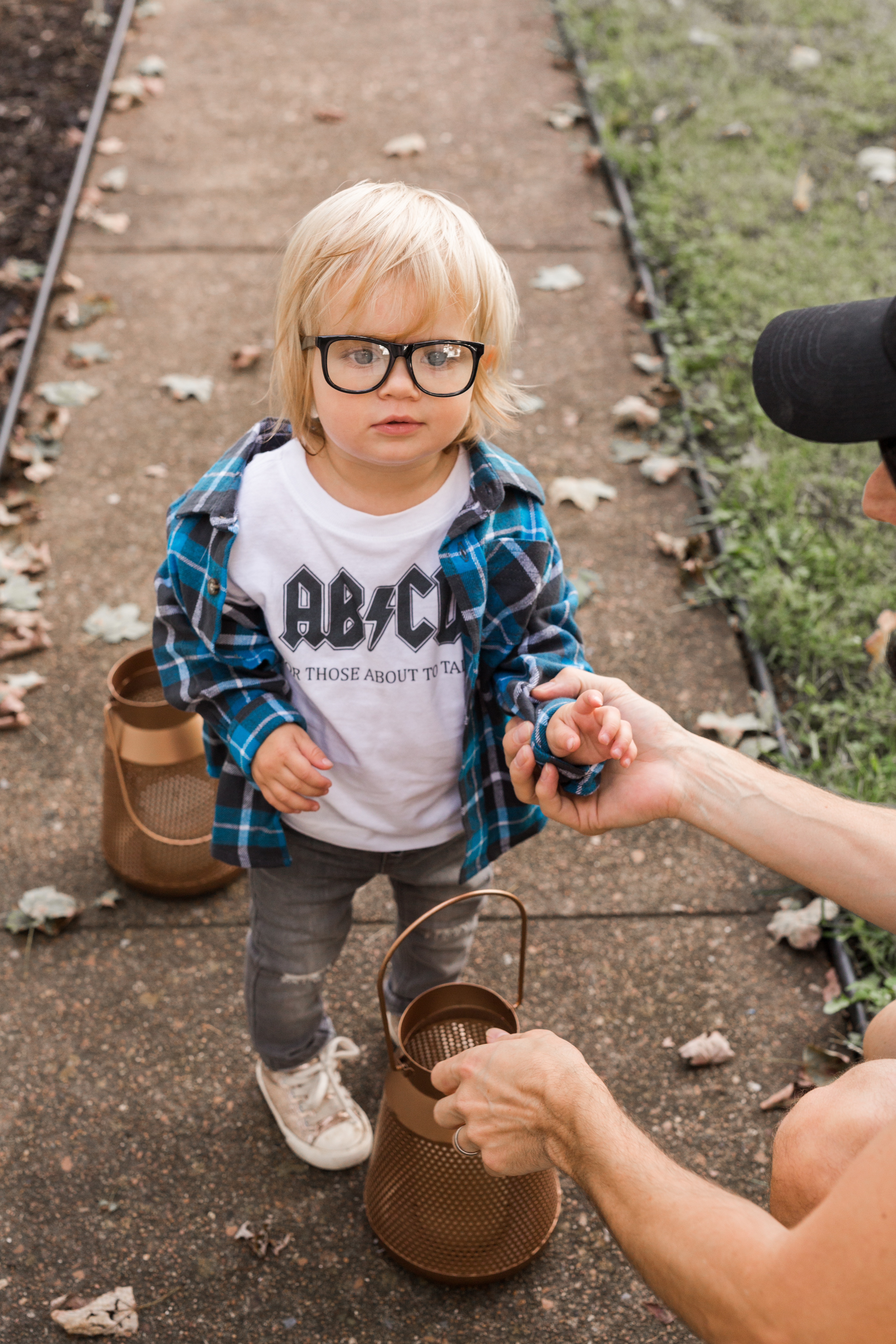 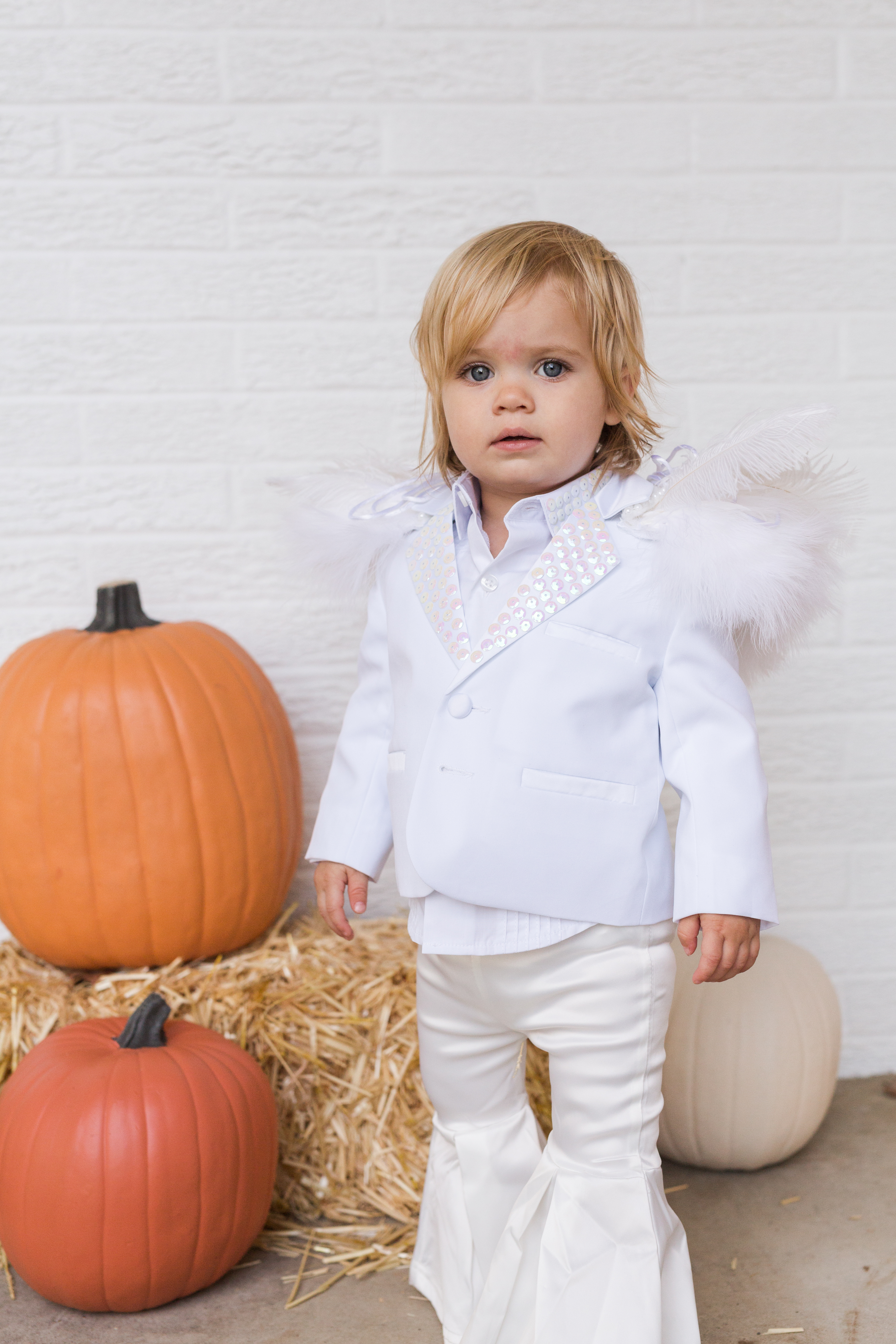 I love this little outtake photo of Lola in her EJ suit (it’s a recreation of this look). She’s looks like a little Halloween Disco Angel and it’s such a sweet little moment…

Not sure which one we will break out for tomorrow night and trick or treating! Looks like the weather will be good, so we’ll just see which costume she’s in the mood for. I got her a little pumpkin bucket so I think that’s actually going to be her favorite thing of the night—Happy Halloween!

One thought on “Happy Halloween!”