Ok, ok, I know that Nashville, TN doesn’t exactly count as a “jungle” per say, but Todd and I took a trip down there last weekend for a Mutemath show and couldn’t resist a few photos when we found this little cove of leafy greens. It was raining a bunch that day, so everything looked super lush and shiny clean.

You can see that I couldn’t resist a jump for joy to be on a real road trip with my guy. I’ll put up some more photos from the rest trip soon, but, as a side note, isn’t my guy so handsome?

Although living the Band Wife lifestyle has it’s ups and downs, one of the perks that I enjoy is getting to tag along and visit cool places from time to time (like here and here), and I got to stand by my man this past weekend at a MUTEMATH show in Tulsa, OK.

The funny thing about going to a Tulsa show is that almost exactly two years ago Todd stepped out on stage in Tulsa to do his very first show with the band, only to have a mini tornado rip through the outdoor festival moments before they started their first song. Aside from a few broken guitars (gasp) and a smashed 200k video wall owned by The Flaming Lips (yikes), everyone escaped safe and sound, but needless to say, Todd had to have his first show with the band another night soon after.

This festival in Tulsa was, thankfully, tornado free, and I liked it much better that way. The show was extra fun because I was also joined by fellow band wife Stacy King (of Eisley and Sucre fame and married to Mutemath drummer Darren King) and got to spend some girl time with her and their baby Scarlett (so cute!). The band was also playing with OK Go and Neon Trees and it’s always fun to check out bits of what the other bands are doing during their sets.

It’s really important to me to make sure I get to as many shows as I can. Aside from shows being a generally entertaining time, it’s crucial that I remind myself from time to time just how good Todd is at what he does. Seeing him perform makes me remember that it’s really worth all the sacrifices  we make to allow him to do what he was born to do. I’ve seen him play so many different shows, on lots of different instruments, but I always leave impressed. It’s easy to forget he’s a musical genius when most of the time I see him sitting around the house, usually in his underwear, being a total goof. What? That guy? Good at musical stuffs? For realz?? For realz.

(I took a couple of these photos with my iphone and edited them with the A Beautiful Mess App. If you don’t have that app yet, you really need to get it- so fun!)

This was my first show with my “real” camera, and it was both frustrating and fun to try and take as many pictures of the show as I could. I still have a long way to go my skills, but it’s always a learning experience to try and capture moments in a new type of setting.

The last picture is from a hotel room late that night. About a half an hour into our drive home, we hit a giant rainstorm that was so severe we had to crawl to the nearest hotel and spend the night. That car ride was probably the most scared I’ve been in a while and my stomach was in knots until we made it to the hotel. We could still hear the storm for the rest of the night and I felt terrible that we weren’t going to make it home to cuddle with furry baby Charlie, but I was so glad to be safe and curled up with my guy in a warm bed.

And I’m totally stealing that Freddy Mercury shirt Todd’s wearing. Consider it mine. 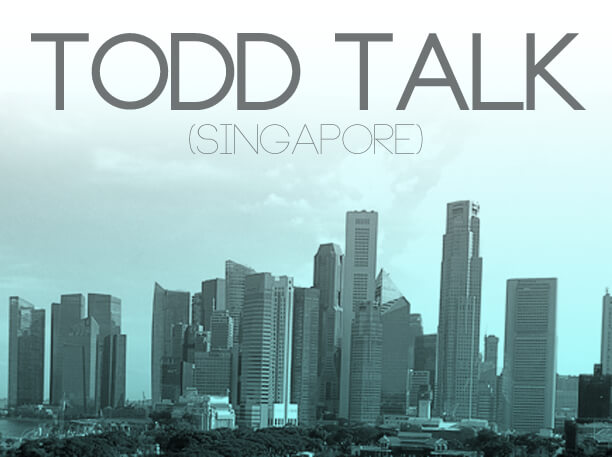 So, most of the time on this blog you have to hear me blabbering on about pillows and cats and how I wish everything was either blue or teal, so I thought I would give your eyeballs a break and let you read a bit about the other side of the Band Wife life from my husband Todd‘s perspective. Todd got the chance to go to Singapore and Australia a few weeks ago with the band, and he charmingly agreed to answer a few questions and share some iphone photos from the Singapore portion of his trip.

Did you get to do anything new that you haven’t done before on this trip?

Well yes I suppose so.  That’s usually one of the goals when I go overseas.  I was able to contact a mutual friend that’s lived in Singapore for several years, and he and his wife generously squired me about town and took me to some of the best spots.  We went to the world’s highest microbrewery called LeVel33 (which I guess is just physically the highest off the ground), and it gave a fantastic view of the city. That view was almost as good as the view from atop the world’s most expensive casino property/hotel the Marina Bay Sands, which we also checked out.  That place is amazing from the ground and especially from the top.  Just Google some images if you’ve never seen pics of it.

Other firsts were getting to experience the fancy airport lounges in airports (we went to the Qantas Lounges usually).  I’ve decided that’s the airport version of being on a tour bus.  It made the airport experience go from dull and lifeless to “let’s just go fly somewhere so we can hang in the Lounge for awhile.”  Also I got to try first class for the first time from LA to Chicago.  There were 15 buttons just for how I wanted to recline my fancy seat.  It was fantastic.

Did you eat any cool or weird food?

Yep!  Dragonfruit, waffles on a stick, Yeo’s grass jelly drink, an iced milo, pie face (a chain that makes tasty shepard’s pies), and Kickapoo Joy Juice soda.  Also Australia has very tasty red wines in general.  I didn’t get too adventurous when it came to the foreign foods.  Last time I tried a kangaroo burger, which was just okay, so this time around I just decided to play it safe for the most part.

Was Singapore different from what you thought it would be?

In some respects, yeah.  All I heard in advance was that it’s a fairly clean place with similar living standards to the US (which was true), but I didn’t do any other research before going.  So when we landed and started driving around and I saw all the street signs were in English I was totally surprised!  I had no clue that English was one of the four main languages spoken there.  So it made it a lot easier to get around when we were there, but it was still confusing to me the whole time.

Oh and their death penalty for illegal drugs is always intimidating, even though I’ve never even touched an illegal drug in my life.  Also scary was this one sign that said “Warning- anyone caught stealing will be eaten,” and they didn’t seem to be joking… 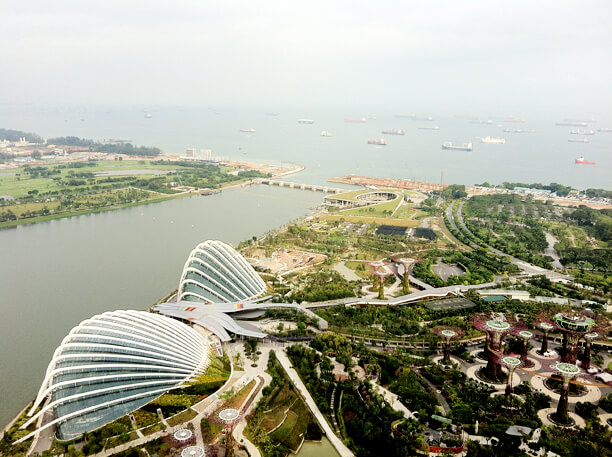 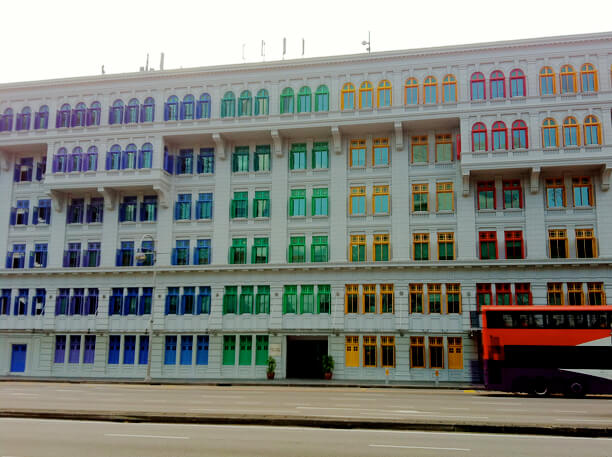 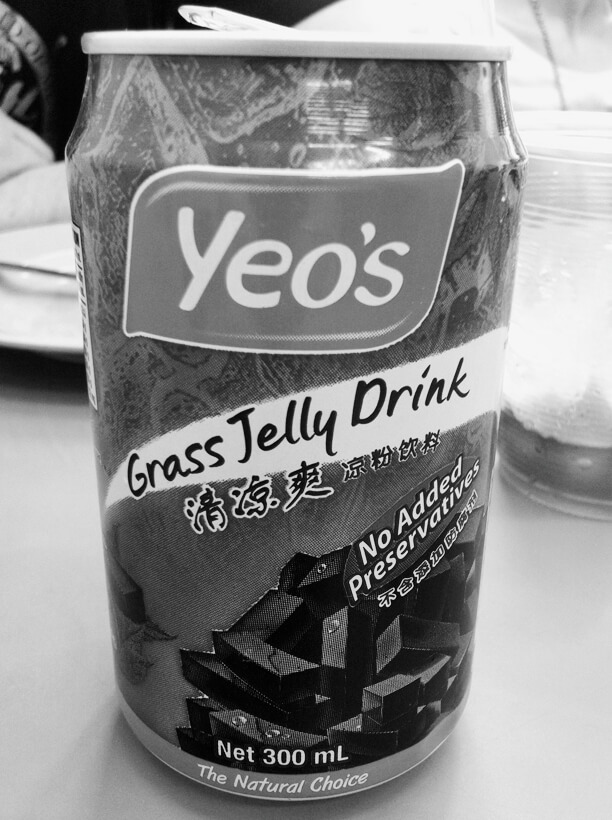 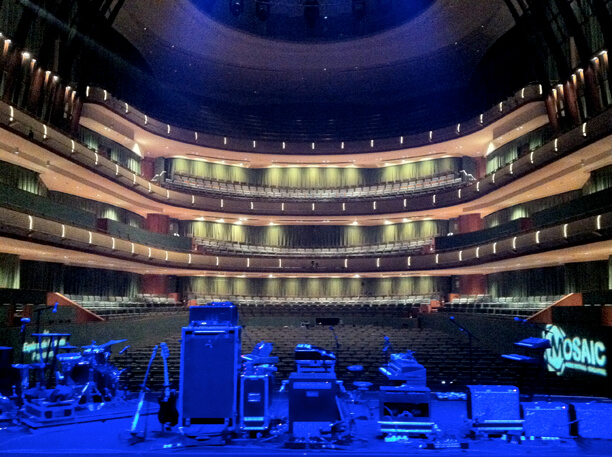 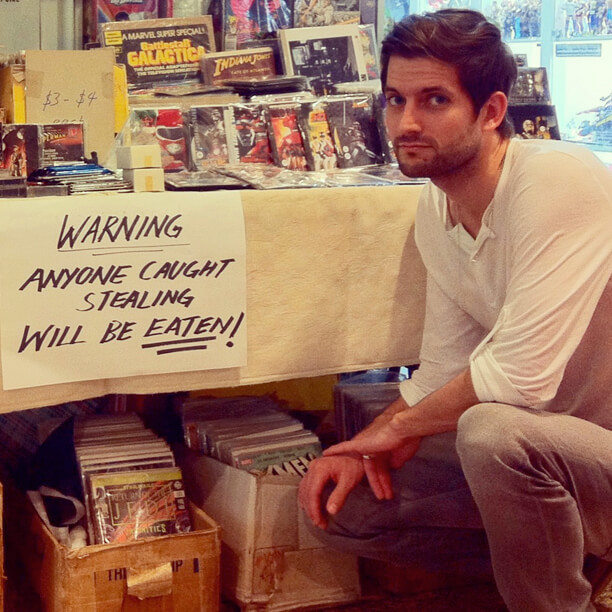 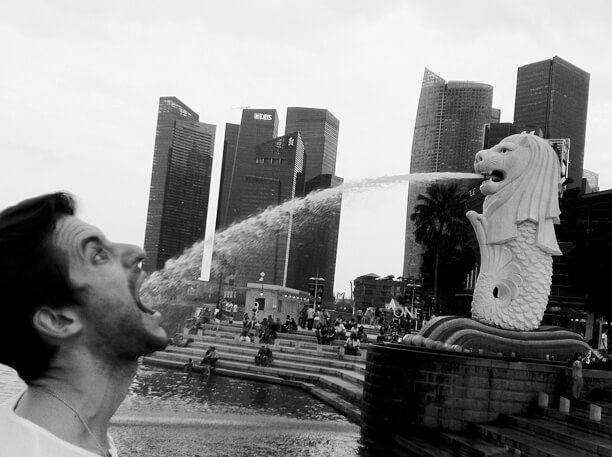 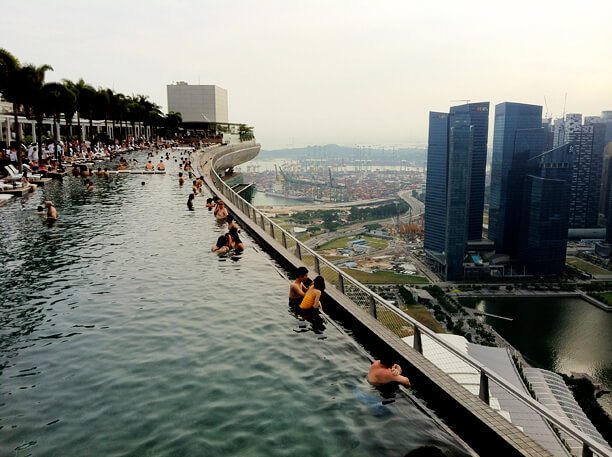 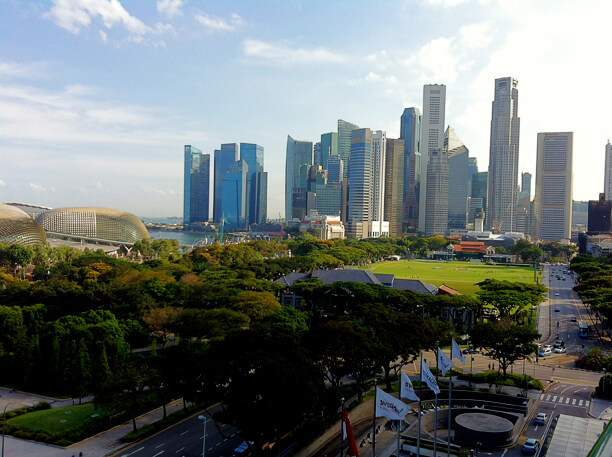 What was one of your favorite shows while you were there?

Well for the Mutemath shows, it would have to be a toss up between the Singapore show, because the venue was so nice as well as the fans, and the Melbourne, VIC show at Billboard, because the crowd was so amped.  But I also have to say that I had just as much fun at two other shows while we were there.  The first was Big Scary, our Australian opener for most of the shows.  Their stuff is so great and they have really catchy melodies and cover a ton of ground for just a 2-piece.  The second cool opportunity was getting to see My Brightest Diamond for the first time, which (for this show) was also just a 2-piece.  Their singer does some amazing things vocally and musically.  It was my first time hearing her music and I was really impressed.  Also her drummer, Earl Harvin, was ridiculously good.

How much did you miss me?

At times, I’d say it was as much as a soulmate can miss it’s opposite.  But some times were easier than others.  The 3 days in Singapore actually felt like 5 and a half days, since when I first left you.  And then the week after that just felt like a normal 7 days.  But then the 8th day actually felt like 4 whole days stuffed into one day, and I wish you would’ve been there to help pass the time…and so on and so forth.

If you didn’t catch it, he’s quoting parts of the move “The Jerk” in that last answer. We love that movie. Thanks for sharing your trip Todd, so glad you’re home safe and sound! 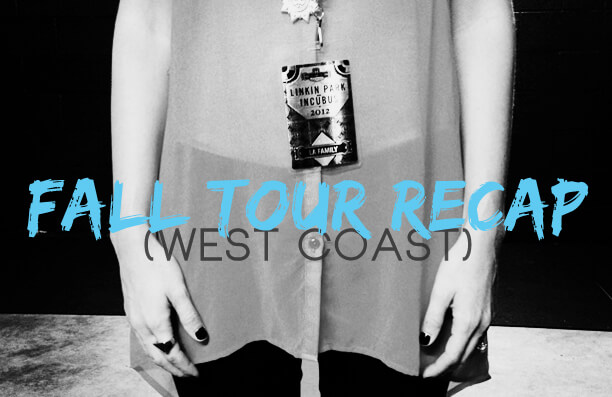 Now, some of you may be wondering why I haven’t been out on tour with Todd since starting this blog (thus the empty “tour life” archive). First of all, this blog is not even two months old yet. CALM DOWN. Second of all, most band wives don’t get to go out on tour with their husbands very often due to finances, jobs, kids, etc. Unless you are U2 and you have your own private jet to fly your family to every show (I imagine), you are most likely only going to visit your man on the road to break up the longer tours. Third of all, Todd and the guys are getting into “recording phase” for the next album, which means they are spending a lot more time off the road at the moment than on. I like that phase.

However, to give you a taste of what it’s usually like, I thought I would post a few of my favorite iphone pics I took while visiting Todd on tour this fall. I joined the band in Los Angeles back in September and we went down to San Diego (Hotel del Coronado!) and over to Phoenix and Albuquerque before I had to head home. The band was opening for Linkin Park and Incubus on the first leg of the tour, so that meant two things: great catering and bragging rights over any girl who ever loved Brandon Boyd. 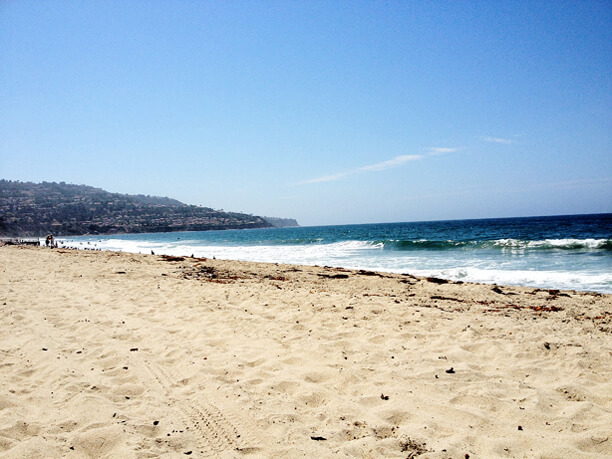 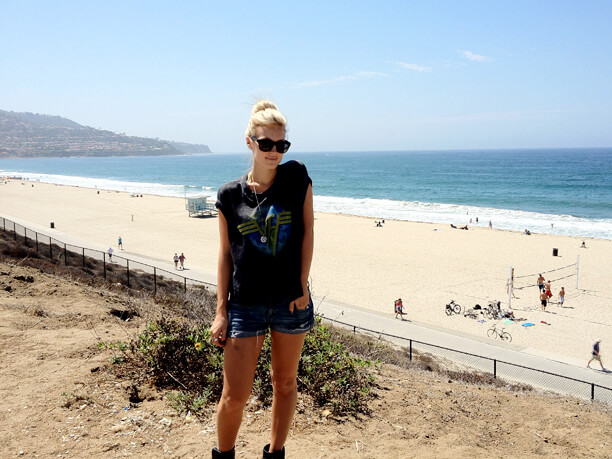 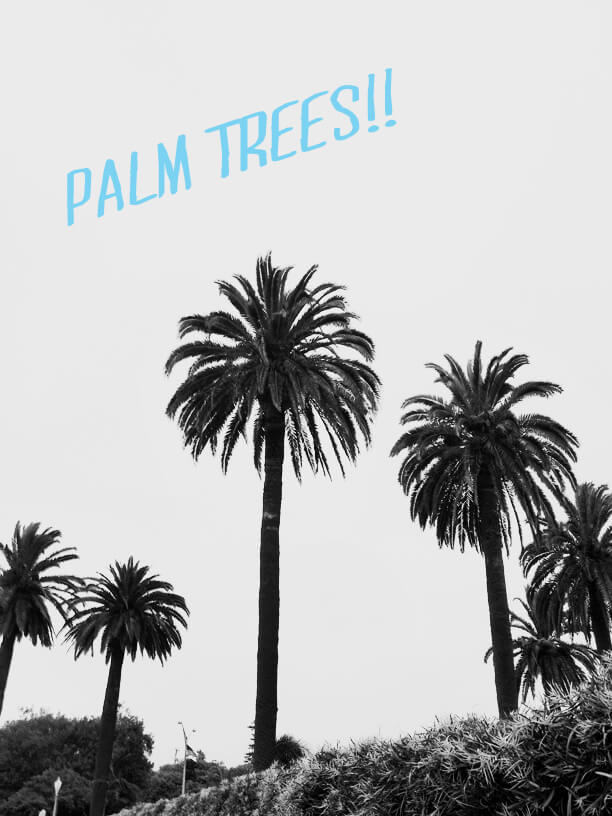 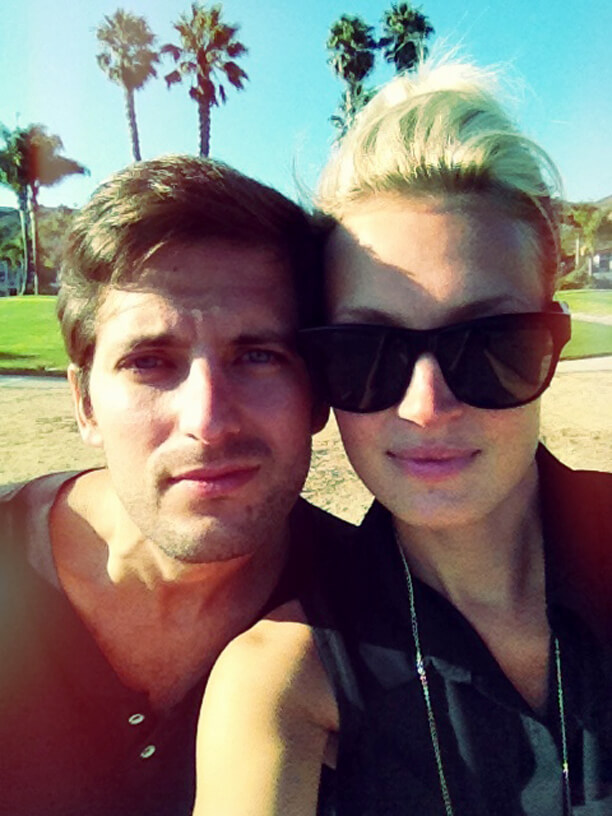 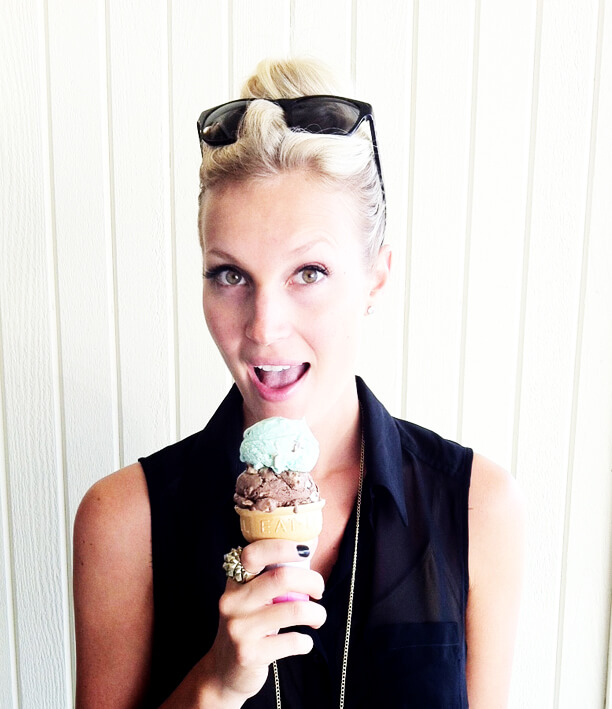 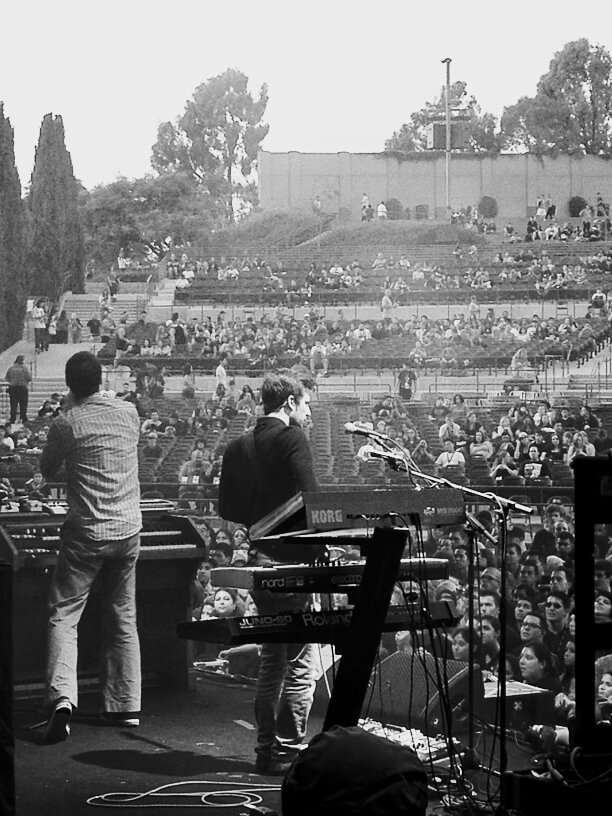 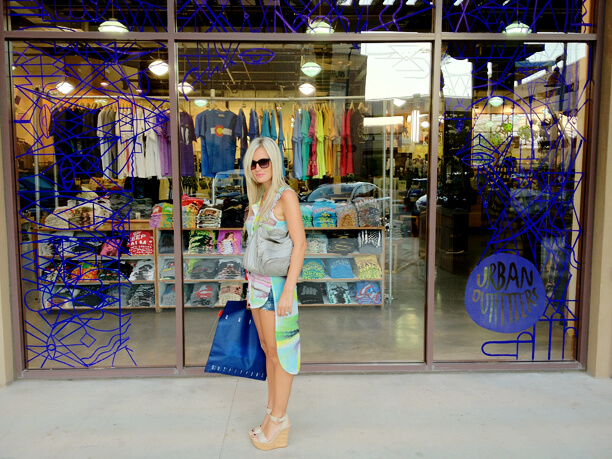 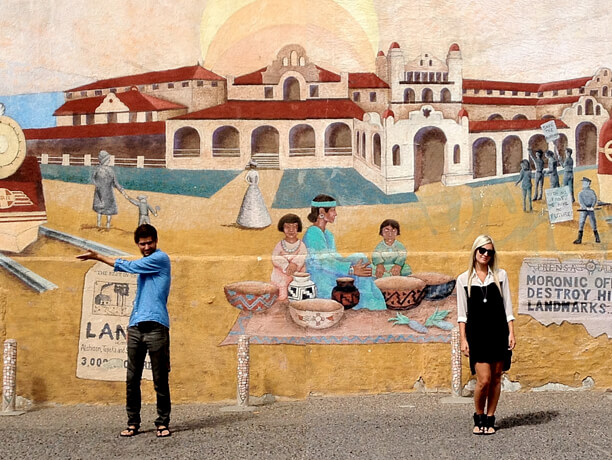 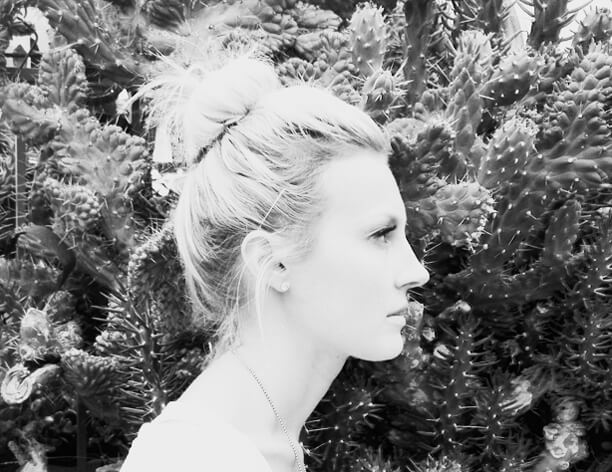 Besides the shopping, delicious food, and eye darts from female B. Boyd fans, this was a great trip full of warm weather, ice cream, and a few beach visits as well. What’s not to like?